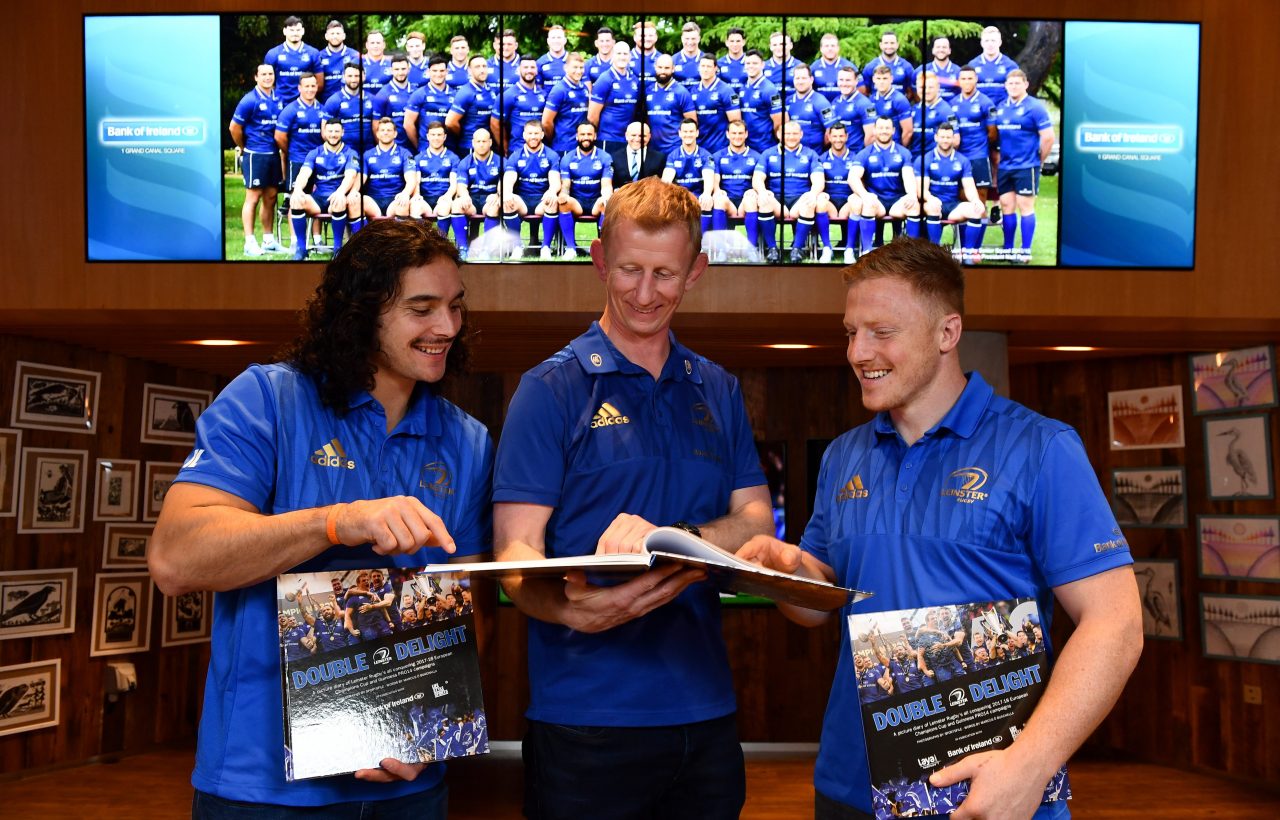 Sportsfile and Leinster Rugby have this week formally launched Double Delight, a picture diary looking back on the historic 2017/18 double winning season for the boys in blue.

The 144-page book retraces each game of the season through the Sportsfile team’s lenses from the first round Guinness PRO14 away trip in Rodney Parade to the Aviva Stadium and the final moments of an epic 32-game long season.

The Sportsfile team, led by Ramsey Cardy and Brendan Moran, were there with Leinster Rugby every step of the way and their work is a brilliant reminder of an historic first ever double-winning season. 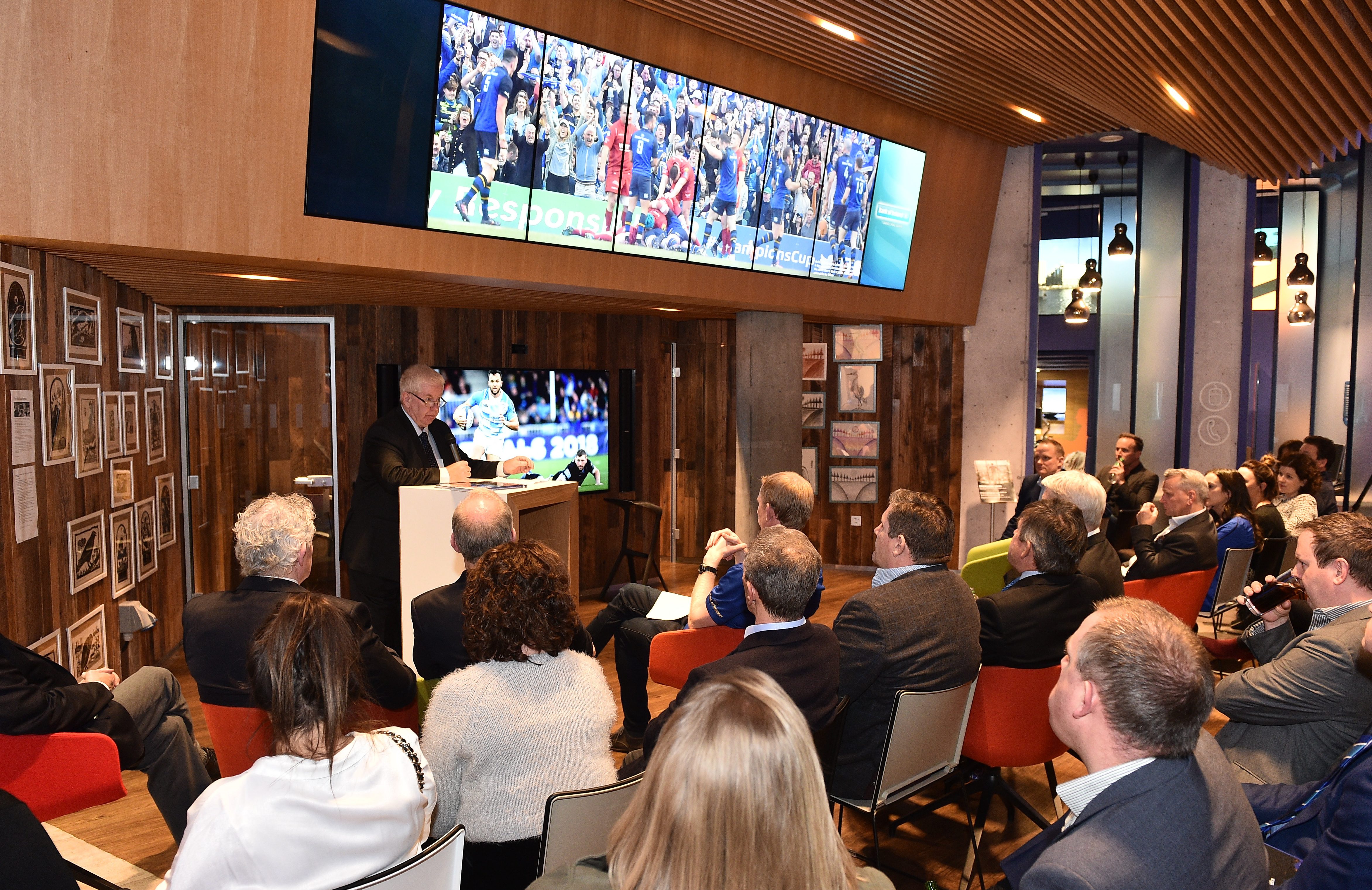 Leinster Rugby Head Coach Leo Cullen officially launched Double Delight at Bank of Ireland, Grand Canal Square, and he was joined by other members of the Leinster Rugby back room team as well as some of the 55 players that contributed over a long season.

Speaking at the launch Cullen said, “It feels like a long time ago now but Double Delight is a fantastic memento of the season and I think will be a brilliant reminder in years to come of what was achieved last season by the 55 players and the staff.

“The Sportsfile team have again done a brilliant job and we are equally thrilled that thanks to the support of Bank of Ireland, Laya Healthcare and Life Style Sports, that all profits will go to our two charity partners, MS Ireland and the Down Syndrome Centre.” 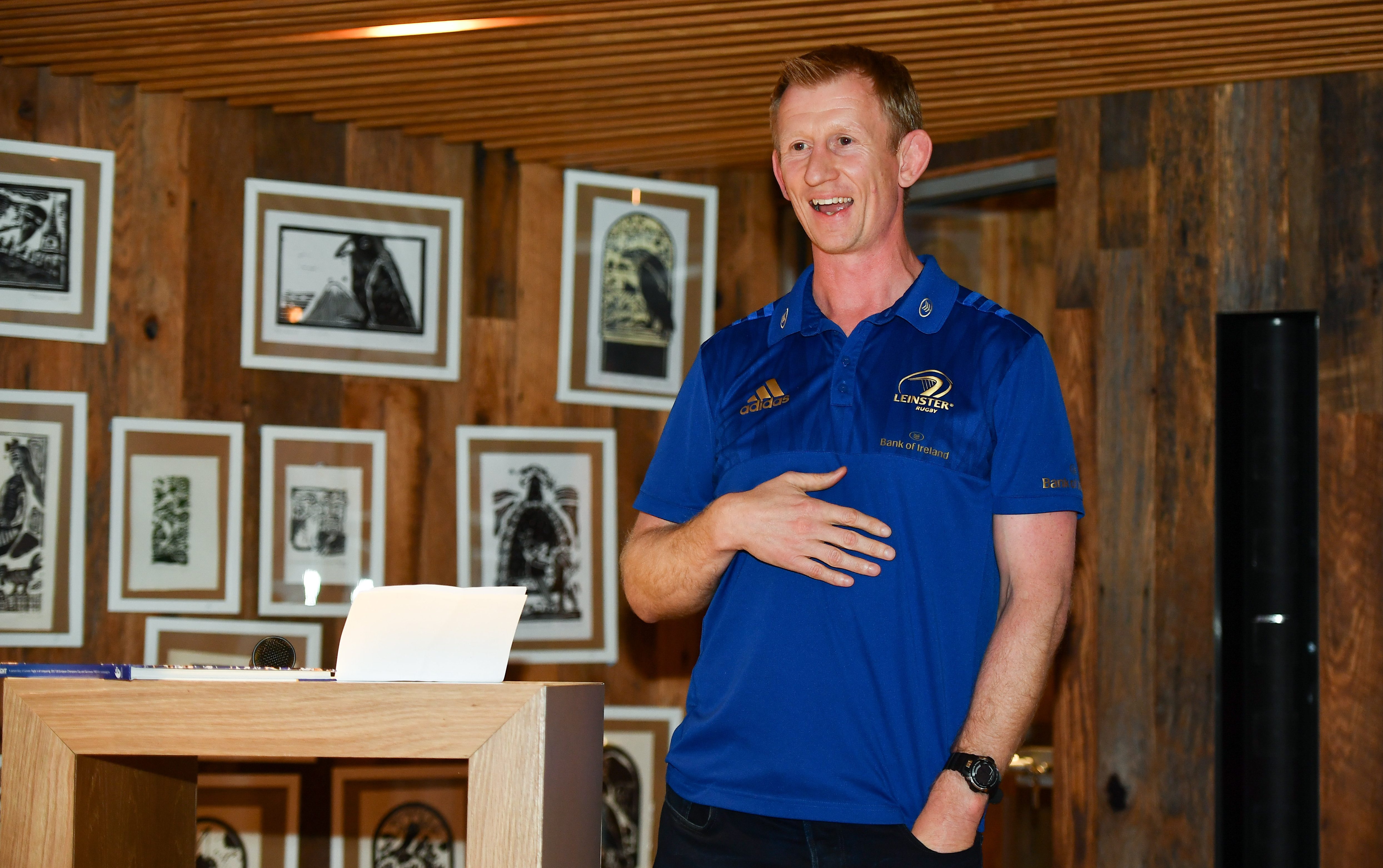 Both MS Ireland and the Down Syndrome Centre were in attendance at the launch and Sportsfile have confirmed that copies of Double Delight are now available in bookstores nationwide and also at www.sportsfile.com.

Three of Leinster Rugby’s partners made the charitable contribution possible with their support of the Double Delight book.

Speaking on behalf of Bank of Ireland, Gemma Bell, Sponsorship Manager said, “Bank of Ireland take pride in being associated with one of the most historic seasons in Leinster’s history we are delighted to support Double Delight, a fantastic reminder of what was a brilliant season of rugby for Leinster.” 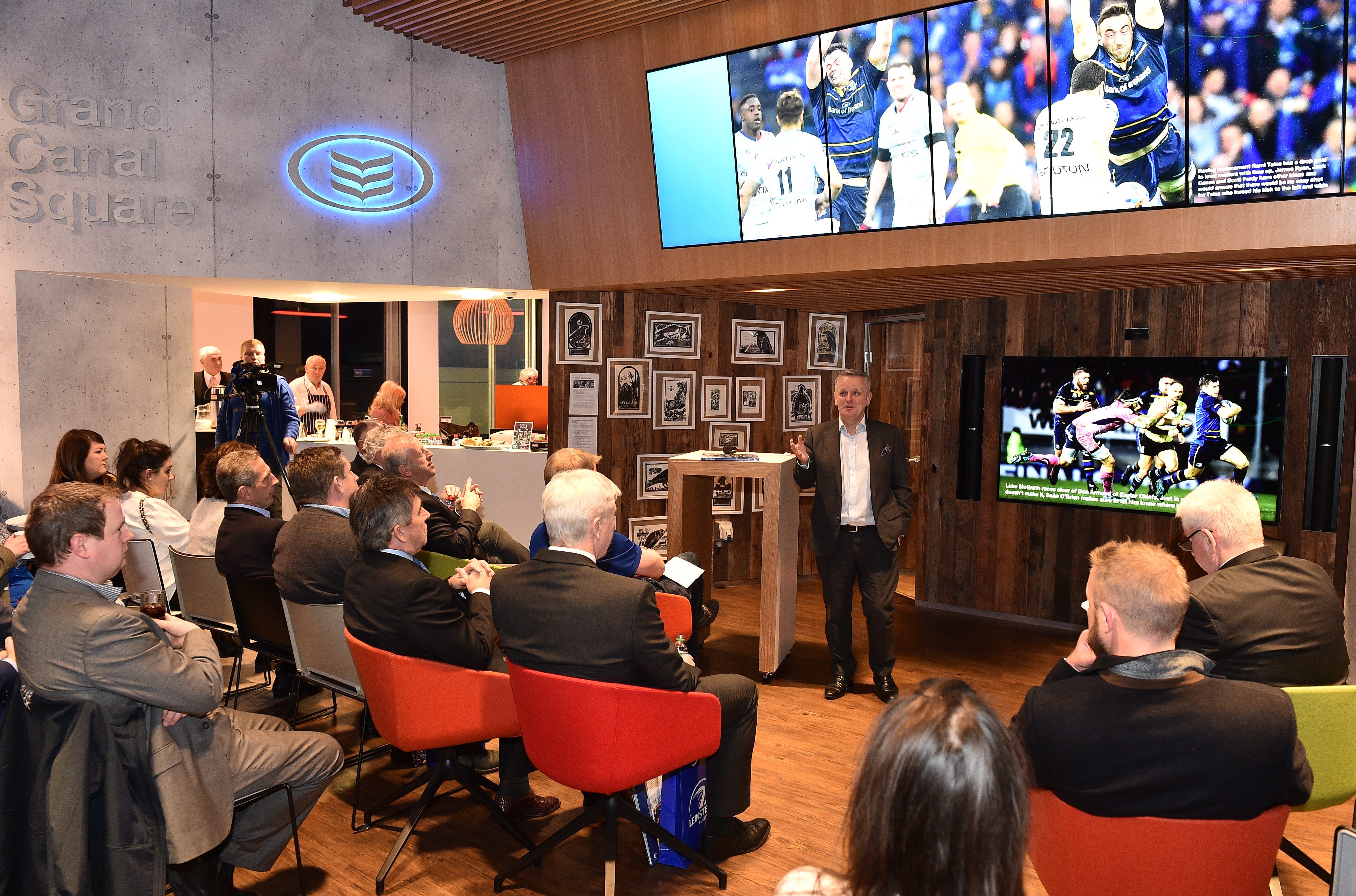 Laya Healthcare were also represented at the launch and Dónal Clancy, CEO added, “As the official Health & Wellness partner to Leinster Rugby, we were thrilled by last season’s campaign that culminated in winning the European Champions Cup and the Guinness PRO14 Final. 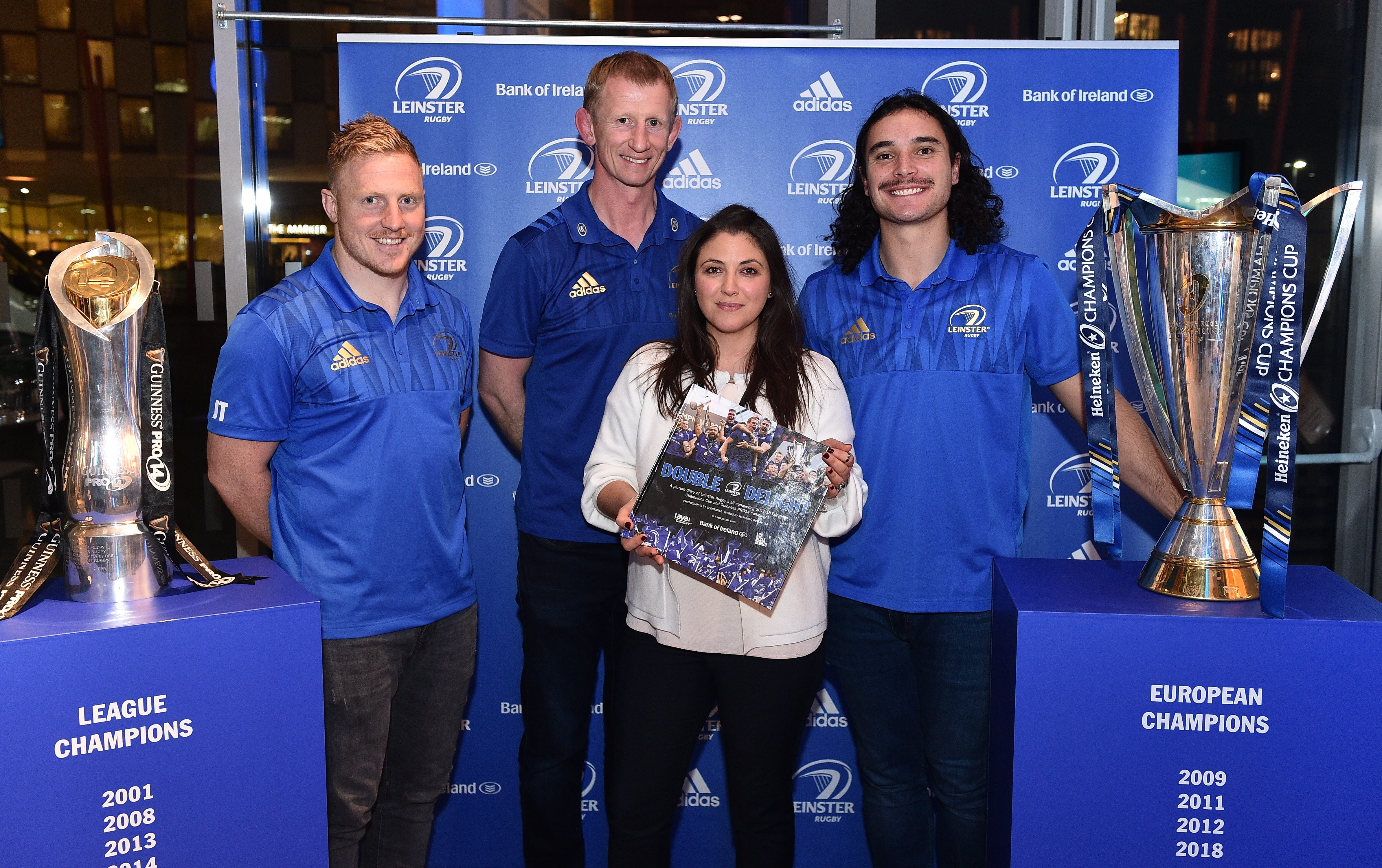 “This incredible picture diary book, Double Delight, beautifully captures all the highs of the 2017-2018 season and it will be the perfect treat for any Leinster Rugby fan coming into Christmas.

“We’re incredibly proud of our partnership with Leinster Rugby and we’re delighted to support the publication of this special book that will raise money for two very deserving charities. We look forward to giving our continued support to Leinster Rugby in the season ahead.” 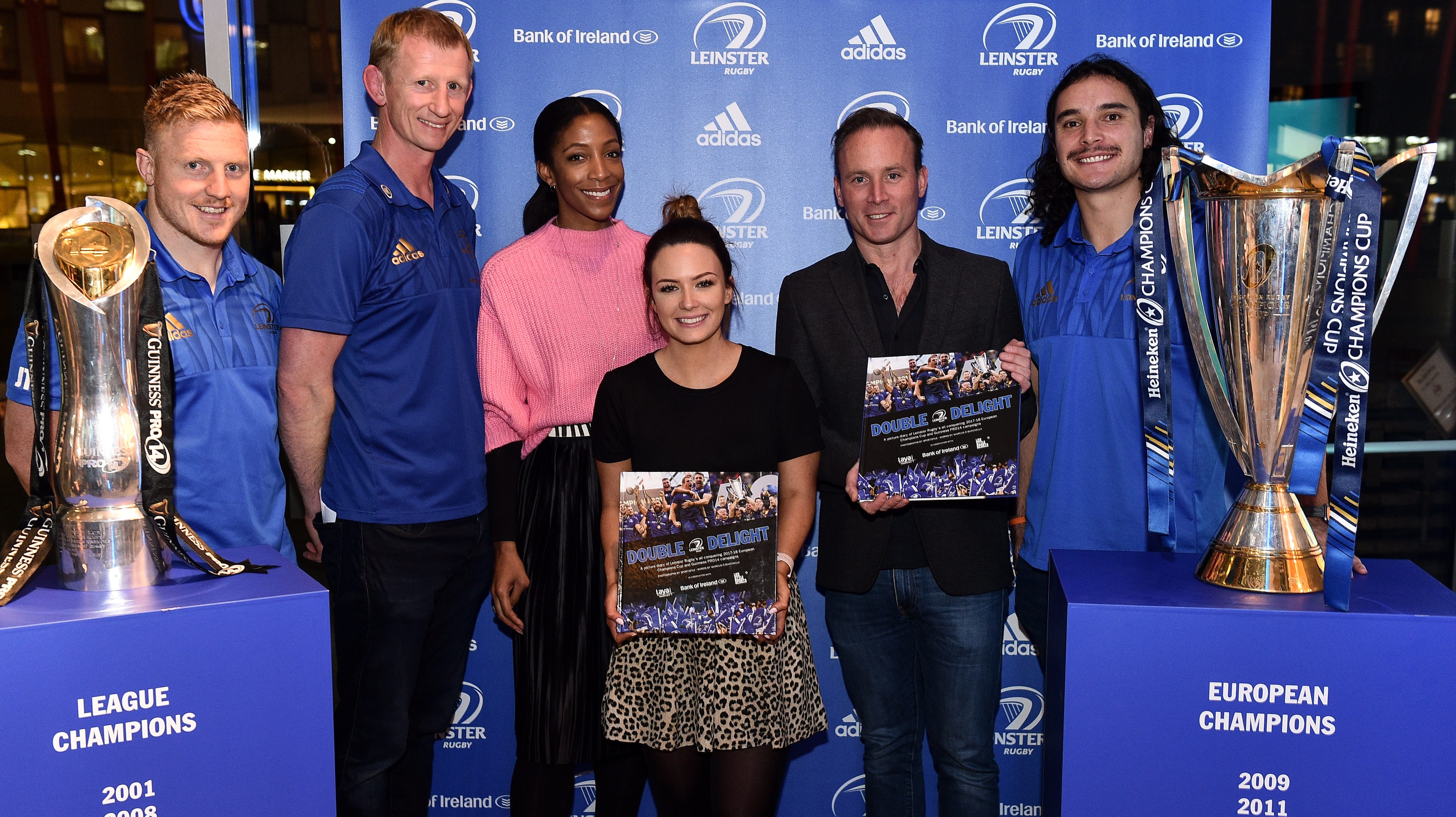 “While we all know what a great year it was in terms of results and trophies, this brilliant project by Marcus Ó Buachalla, Sportsfile and the team at Leinster Rugby has given everyone the opportunity to see the layers and stories that lie beneath and that made this Double Delight become a reality. It is only fitting that such a year, and the people on and off the field who made it happen, are celebrated and remembered with something of this quality.

“Of equal importance is how it represents the determination of Leinster Rugby, Life Style Sports and its other partners, to play a broader role in life within Leinster. The fact that this book will raise much needed funds for Leinster Rugby’s chosen charity partners in the process is consistent with the values of all involved.

“We were very proud to support the club throughout their incredible 2017/18 season, and look forward to making many more memories in Leinster Rugby jerseys this season, seeing that sea of blue both home and away. #LiveLeinster”

Double Delight, which retails at €24.95, is on sale now from Sportsfile.com and from book stores nationwide.

Further information on Leinster’s two charity partners can be found at: 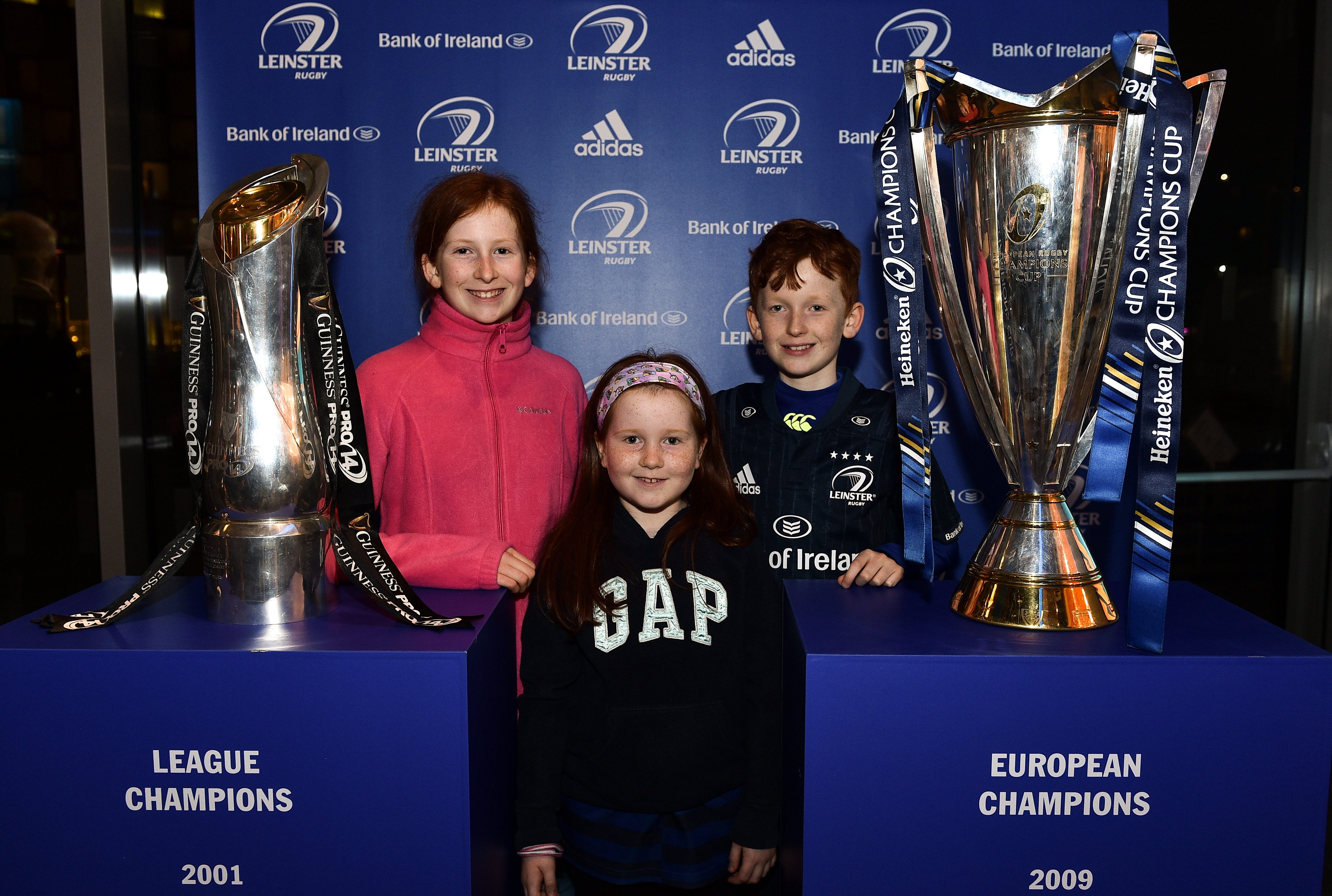