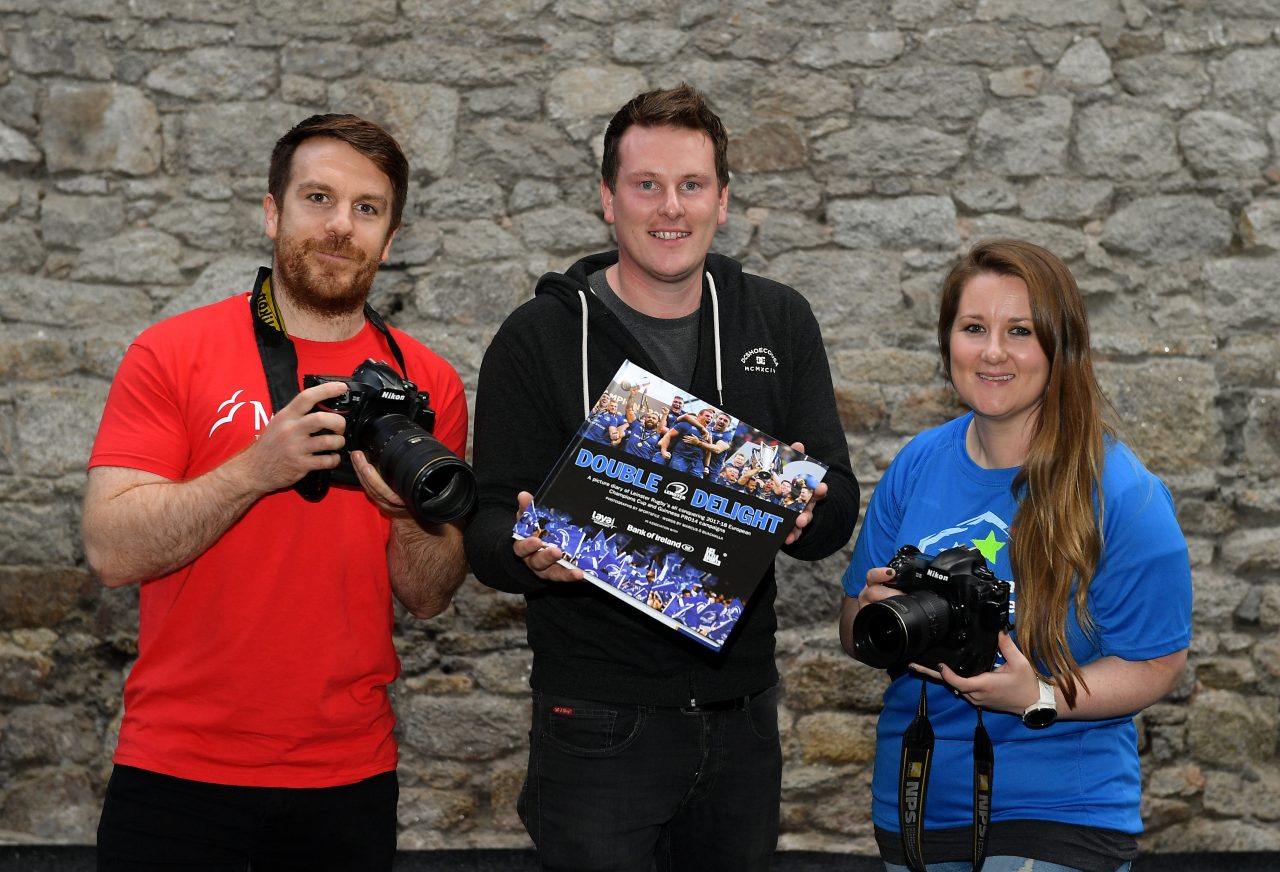 Sportsfile and Leinster Rugby celebrated the historic double achievements in 2017/18 with ‘Double Delight’, a picture diary looking back on the double-winning season for the boys in blue.

The 144-page book retraced each game of the season through the Sportsfile team’s lenses from the first round Guinness PRO14 away trip in Rodney Parade to the Aviva Stadium and the final moments of an epic 32-game long season.

The Sportsfile team, led by Ramsey Cardy and Brendan Moran, were with Leinster Rugby every step of the way and the book is a brilliant reminder of an historic first double-winning season.

The book was also supported by Bank of Ireland, Laya Healthcare and Life Style Sports and as a result all profits were donated to the two Leinster Rugby charity partners, MS Ireland and the Down Syndrome Centre. 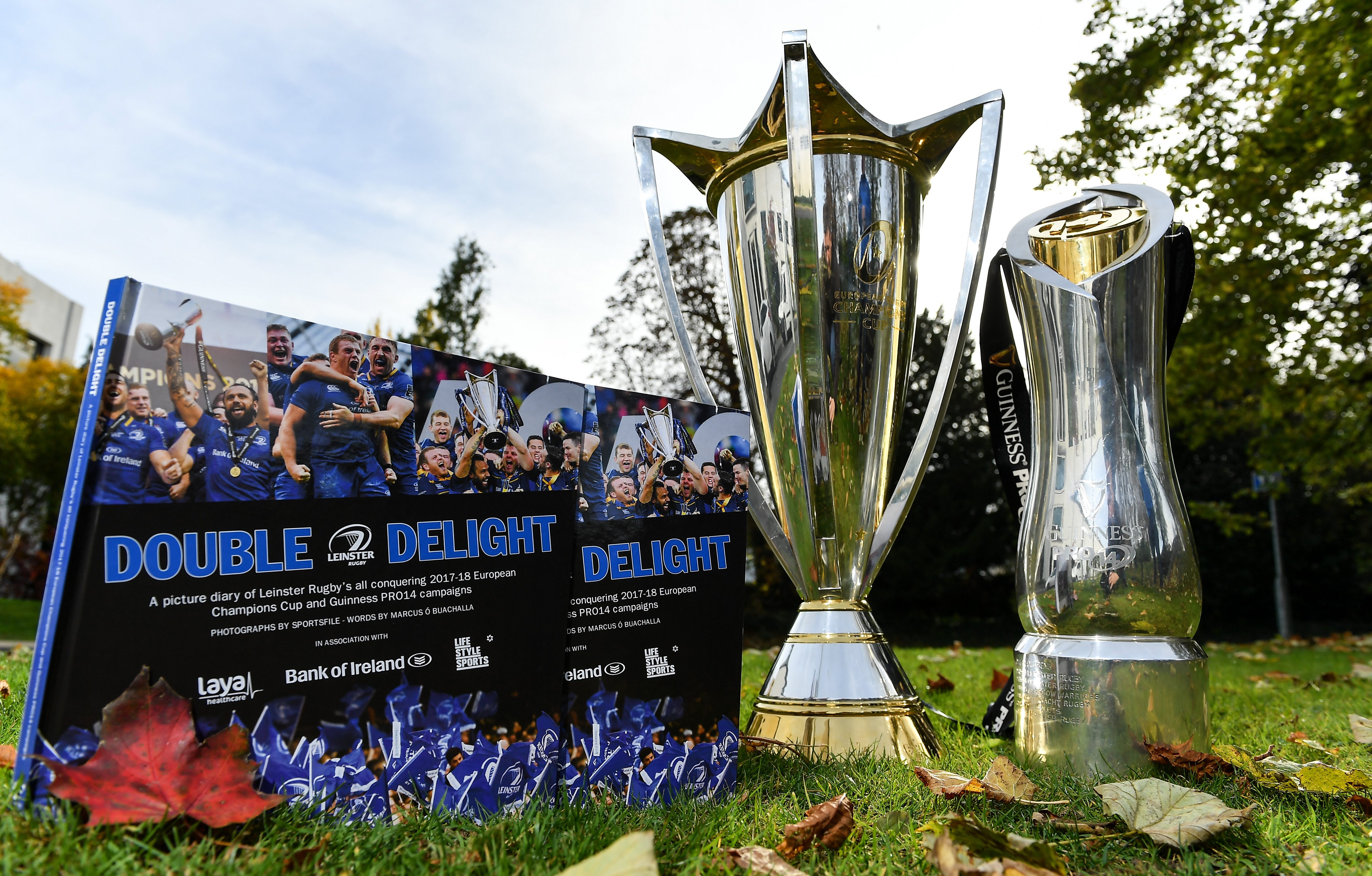 Last weekend at the Ospreys game, Ramsey Cardy was on hand to present a cheque for €1,000 to each of the two charity partners at the RDS.

Thank you to all the supporters who bought the book and remaining copies of ‘Double Delight’ (€24.95) can still be bought from Sportsfile.com with all profits still going to Leinster Rugby’s charity partners.

More info on Leinster’s charity partners can be found at: www.ms-society.ie and www.downsyndromecentre.ie 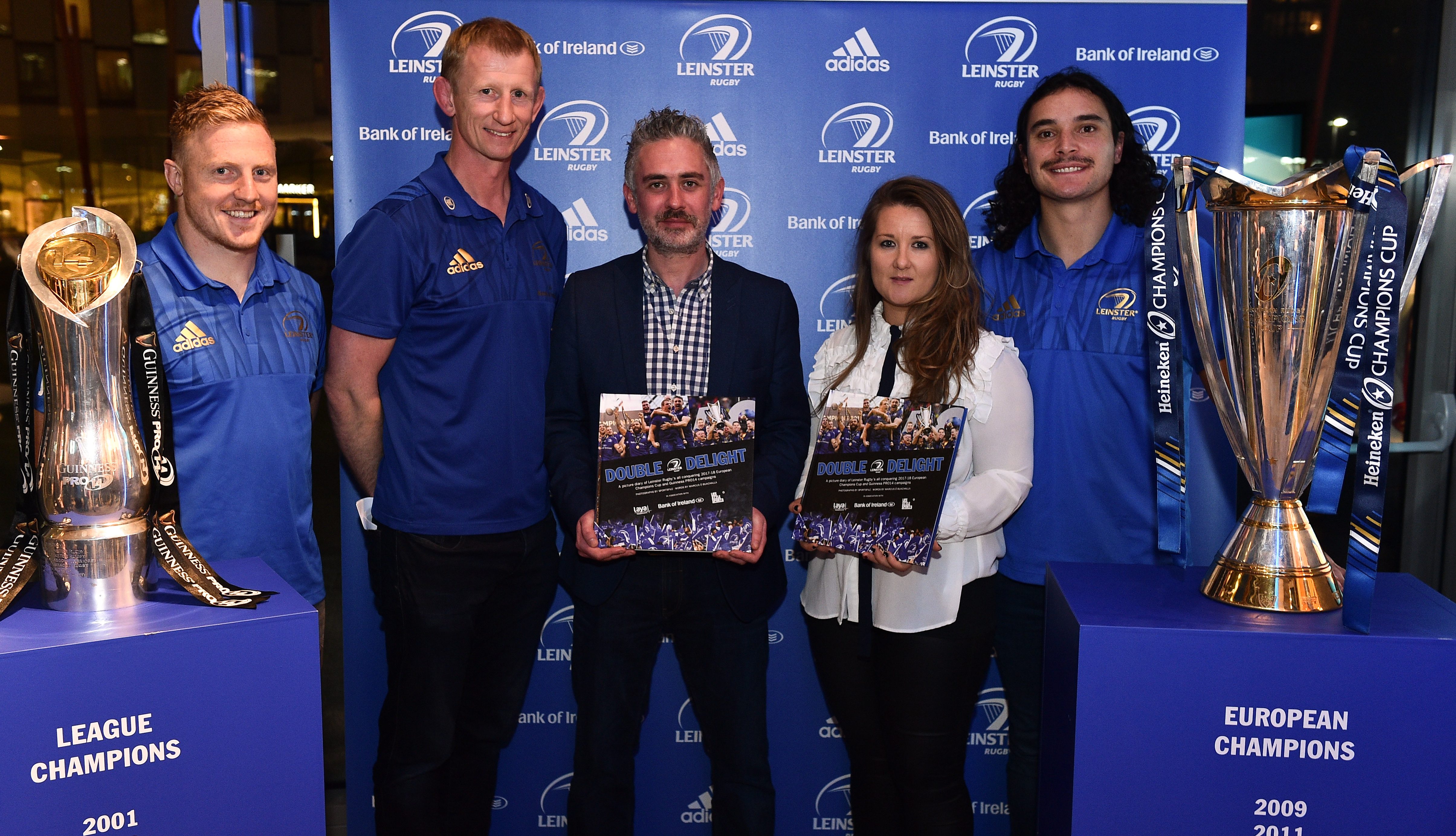