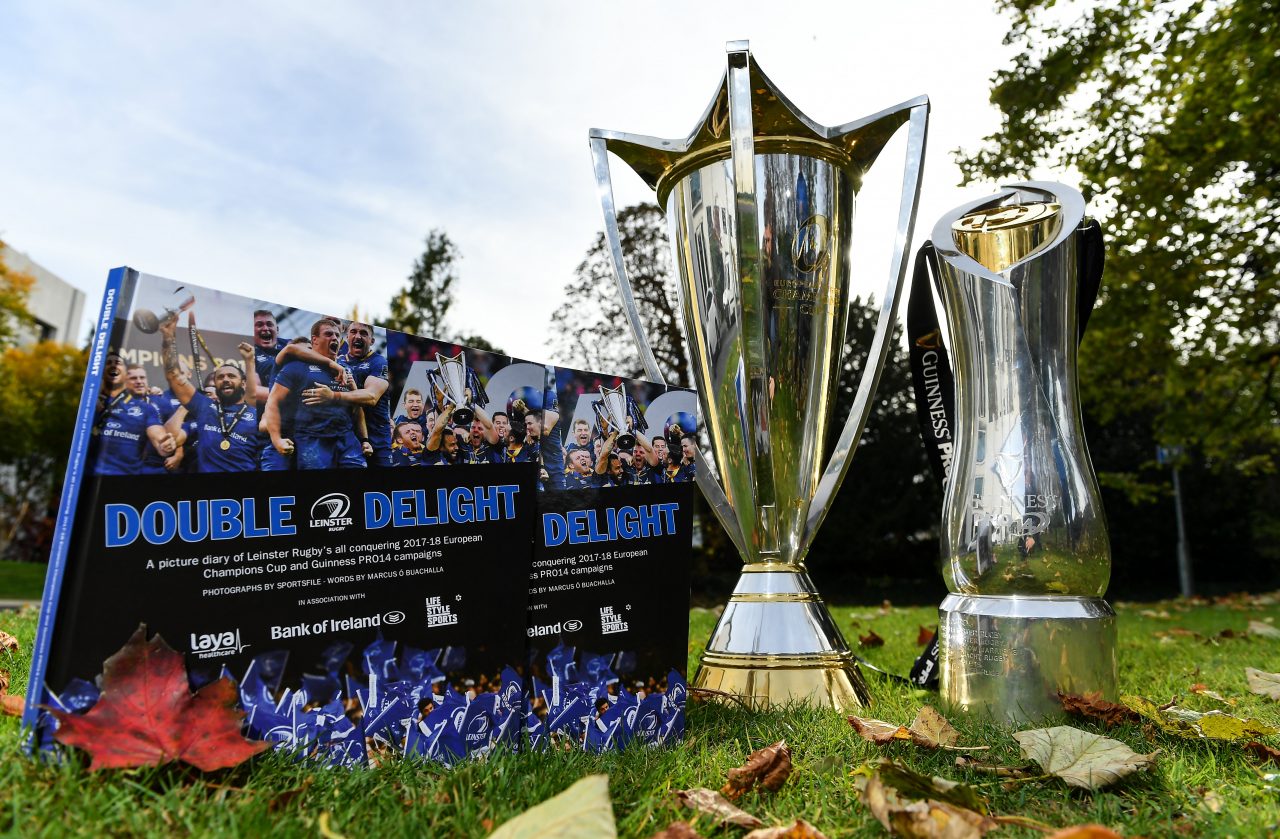 Leinster Rugby and Sportsfile have today confirmed that ‘Double Delight’, a picture diary of Leinster’s all-conquering 2017/18 European Champions Cup and Guinness PRO14 campaigns, will be landing in all good bookstores nationwide from this weekend.

The 144-page book retraces each game of the season through the Sportsfile team’s lenses from the first round PRO14 away trip in Rodney Parade to the Aviva Stadium and the final moments of an epic 32-game long season.

The Sportsfile team, led by Ramsey Cardy and Brendan Moran, were there with Leinster Rugby every step of the way and their work is a brilliant memento of an historic first ever double-winning season. 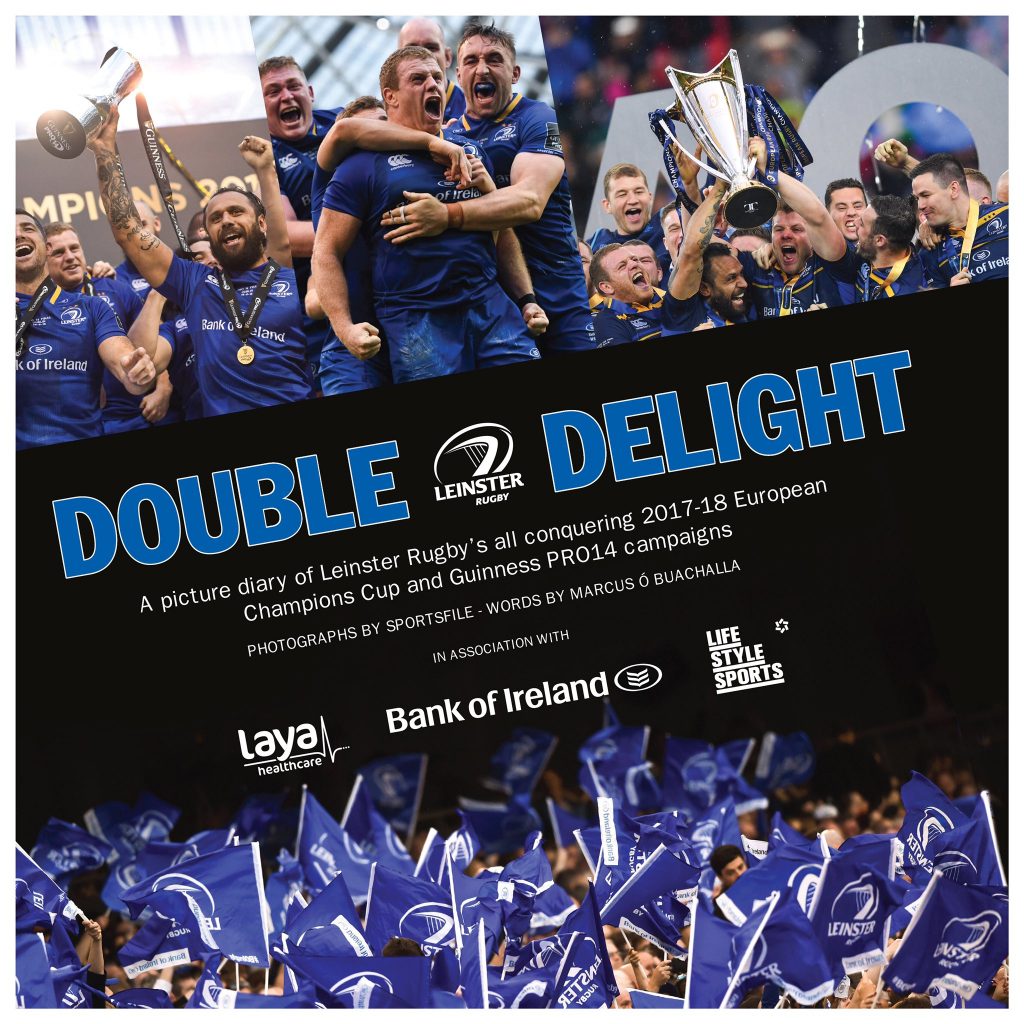 Leinster Rugby also confirmed that thanks to the support of title partner Bank of Ireland and premium partners Laya Healthcare and Life Style Sports, all profits from the sale of Double Delight will be donated to MS Ireland and the Down Syndrome Centre, Leinster’s two charity partners.

Double Delight, which retails at €24.95, will also be on sale at Sportsfile.com while further information on Leinster’s two charity partners can be found at: