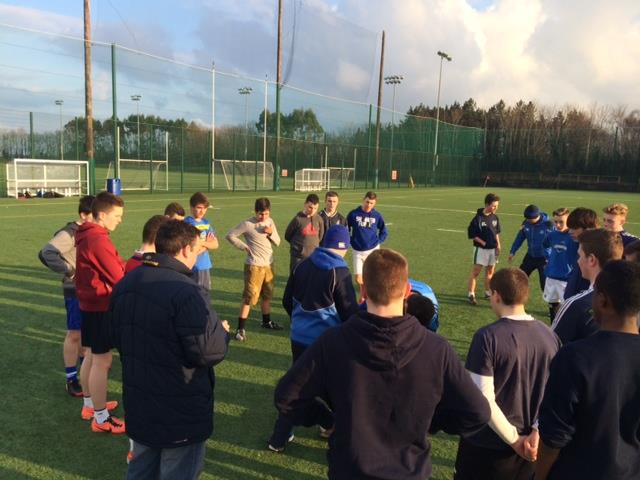 As the season nears an end there is a beginning of another kind, the Dublin City Council under 14 team have started training again…

The team is made up of players coming from non-traditional rugby schools and this is the second year that such a project has been undertaken. Sensing the need for an extra link between school teams and clubs, community rugby officers in the DCC area decided to create a team to hopefully bridge the gap and encourage young players to start playing on a consistent basis.

Players are coming from areas such as Finglas, Ballymun, Artane, Fairview, Crumlin, the Coombe, and Ringsend to name a few. The players are getting six weeks of regionalised sessions and will then play a North v South match before the Easter Break, from which a DCC squad will then be chosen and they will play one of the traditional rugby schools in Donnybrook Stadium on the 7th of May.

Leinster CCRO Stephen Maher had this to say about the project, “it’s a fantastic chance to get another point of contact with the kids, they get 6-8 weeks of extra coaching from Leinster Rugby coaches and a chance to develop a serious interest in the game, from here we hope they go on to play with clubs or even representative rugby as last year’s captain did.”

For anyone looking for further details about this project or any others in the DCC area, please contact Billy Phelan, Leinster Rugby CRO for the DCC South area on 0868688314 or at billy.phelan@leinsterrugby.ie or Colm Finnegan on 0877692257 or at colm.finnegan@leinsterrugby.ie.