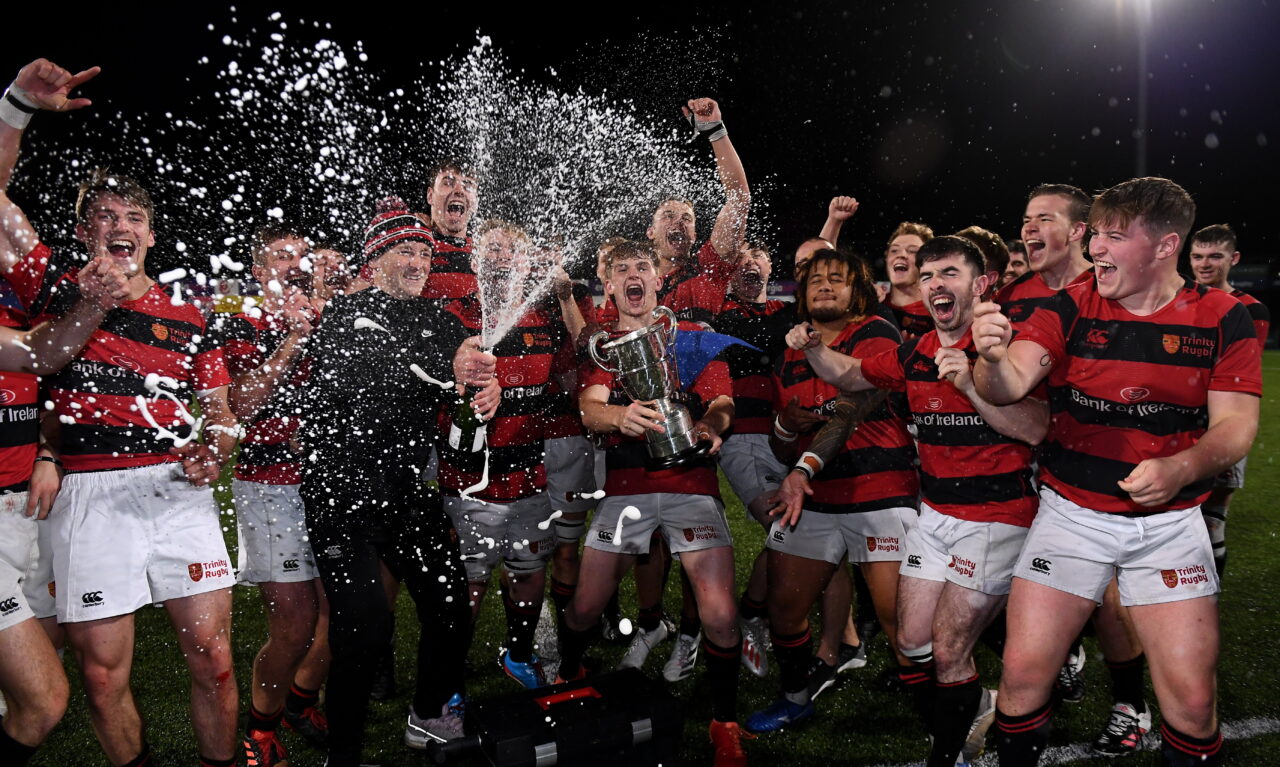 The 99th Metropolitan Cup final was held in Energia Park last Friday evening between Dublin University FC, whose last victory in the competition was 54 years ago, and Terenure College RFC who have a winning record of nine victories in what is considered to be one of Leinster Rugby’s most prestigious and oldest cup competitions.

Both sides played out a hard-fought and high tempo game in wet conditions.

Terenure were the dominant team in the first half but the only score was a successful penalty kick from Mark O’Neill which gave them a 3-0 lead at the interval. 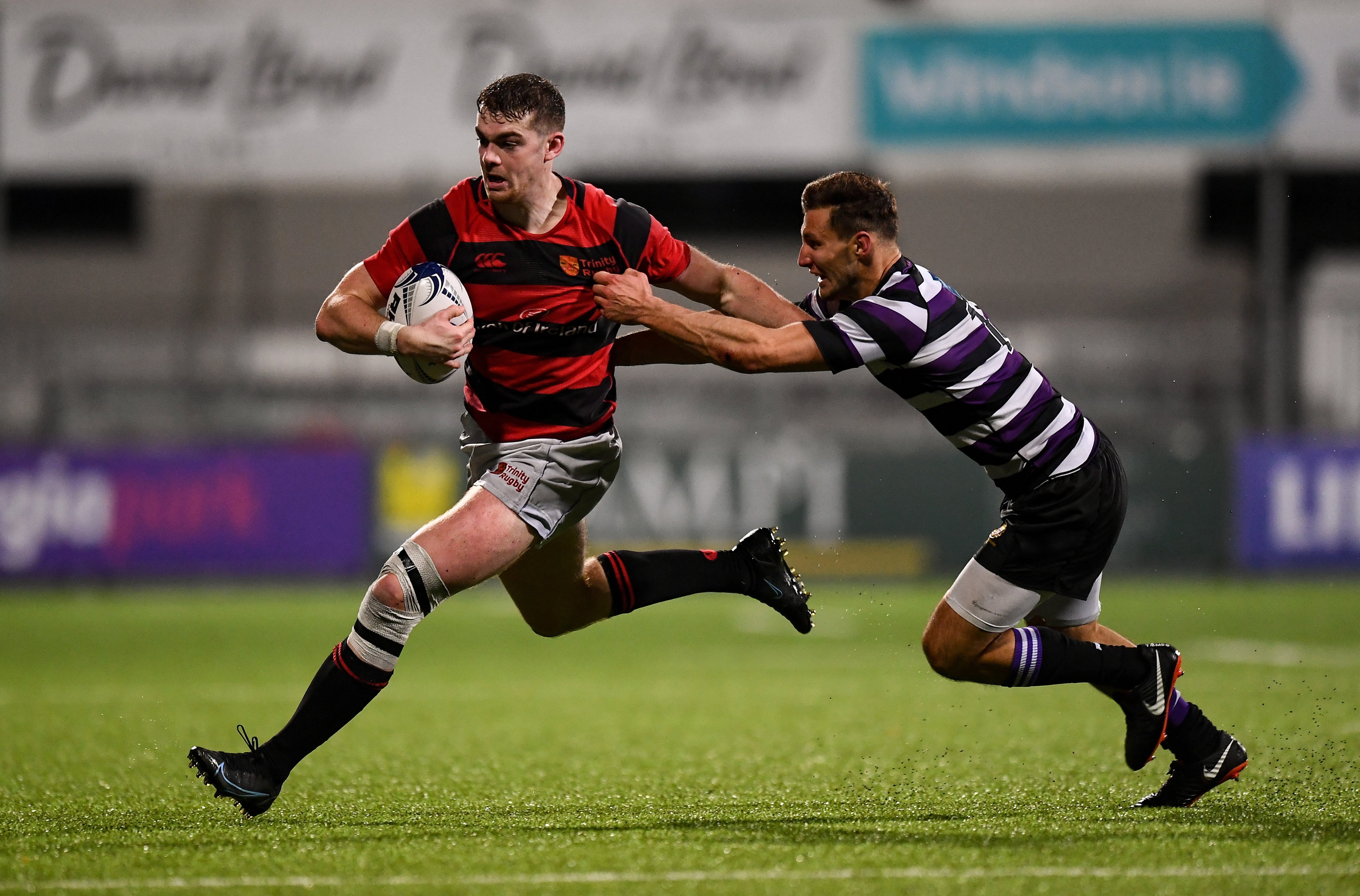 Dublin University came out the stronger in the second half and despite Terenure’s best efforts they slowly gained the upper hand going ahead 6-3 with two successful penalties kicks at goal from Louis McDonagh.

With 10 minutes left on the clock, Felix Campbell scored the only try of the game, converted by McDonagh, giving the students a 13-3 lead. McDonagh secured the victory with another penalty in the dying minutes to leave the final score 16-3.

Leinster Branch President, John Walsh, congratulated both teams and match officials on an excellent game of club rugby before he presented the cup to the victorious Dublin University team.

Preparations are already underway for the marking of the 100th running of this competition in the spring of 2022.

The competition will be open to both first team and J1 teams of 16 Metropolitan area Senior and Leinster League clubs. The first round of the completion will kick off in February 2022.