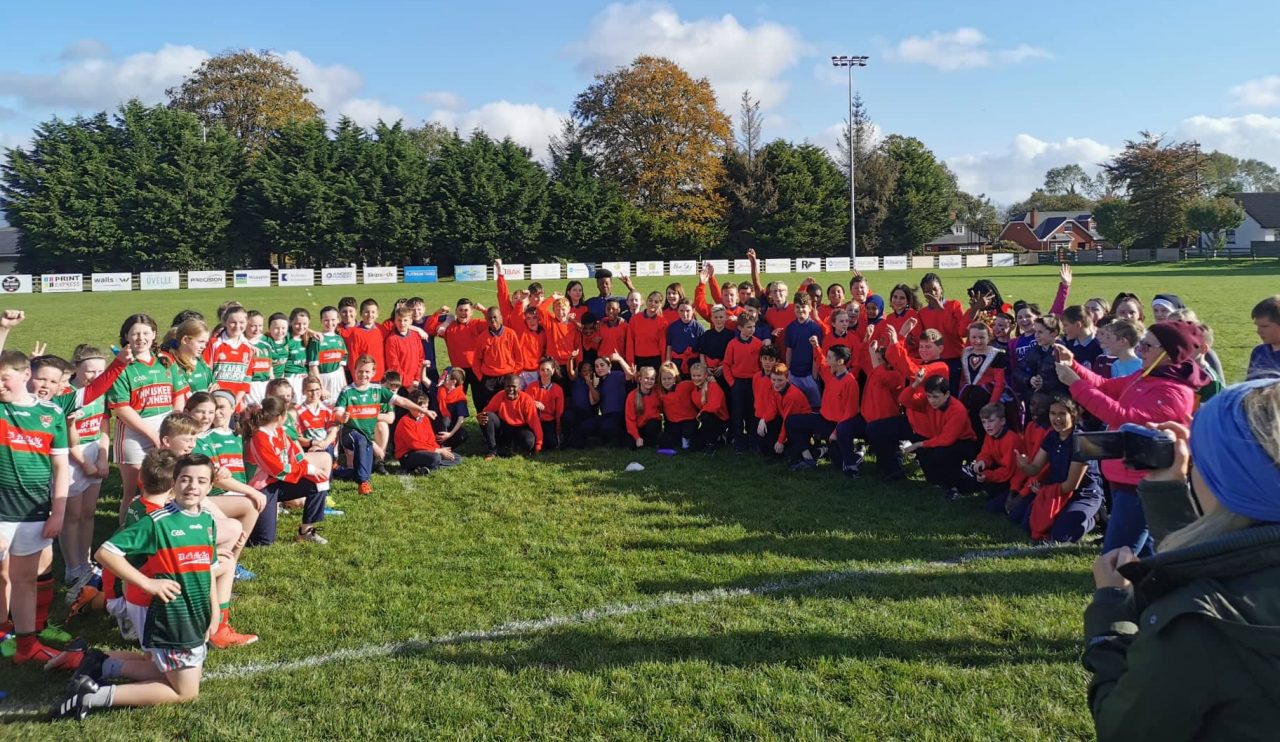 Fresh in the door as Dundalk Club Community Rugby Officer (CCRO) and Tiernan Gonnelly is already getting stuck into the job.

Having taken over from former CCRO Niall Kerley, things are still new to him but he is already making his presence felt.

Gonnelly is a fresh appointment. Having just completed a degree in Sports, Exercise and Enterprise in DKIT, he brings with him an expertise and importantly, a love of the game of rugby.

He isn’t fazed by the job and insists that he will be looking for his love and passion of the game to filter down to the kids in the schools.

“I have been playing rugby since a very young age and have had countless memories through the different clubs that I have been lucky enough to be involved with such as Dundalk RFC and DKIT,” he explains.

“I’ve come straight out of college and into a role which I am very committed and passionate about.”

His aim and ambition are simple and central to the job description of a CCRO, to try and give kids the chance to fall in love with the game of rugby, just like he did when he was young.

Working in rugby is always something that he aspired to do. Although it can be a daunting role at the beginning, Gonnelly is grateful for the support network that he has around him.

“I have been building up to this point for the majority of my life from a young age. I am new to the role and still getting to terms with what the roles and responsibilities are as a CCRO.

“Fortunately, I have a very strong support network with numerous experienced individuals who have been in a similar position and are passing invaluable tips onto me, which I am forever grateful for.”

He has a big catchment area with over a dozen national schools along with the secondary schools in the area.

It will take time for him to get a presence in them all but he has started out on the front foot and has had his first blitz already.

“In relation to schools, I’ve only had a few interactions with them but hopefully in the coming weeks I will be able to see the abundance of talent in Dundalk and the surrounding areas.

“I recently ran a Mini Monster tag rugby fest in Dundalk RFC with a number of schools within my area and it was a great success. A number of kids dressed in their Halloween costumes and had great fun at the club.

“The main aim of this blitz was to expose kids to what it is really like to play rugby and hopefully they will return to the club.”

The youths and minis are also a thriving section within the club. Competing in the North East Leagues and in the Metro Leagues, the dream for all those minis would be to follow in the footsteps of the Kearney brothers who are both members of the Dundalk club and have represented Leinster and Ireland with such distinction.

Over the years, Dundalk RFC have supplied countless players to Leinster and Ulster representative sides and in his role as CCRO, he hopes that he can inspire some of the next generation to hit the heights that players before them have done.

Gonnelly is also involved in coaching in DKIT where he coaches the Women’s team.

“In terms of achievement within the club there is an endless list of individuals who have progressed and have represented both Leinster and Ulster within Dundalk RFC.

“I also coach DKIT Senior Women’s team alongside Ray McCabe who is a previous Dundalk CCRO but has progressed onto CRO.”

The Dundalk club has a rich history of rugby and Tiernan Gonnelly is playing his part to make sure they continue to make history for years to come.

This article first appeared in the match programme for Leinster Rugby’s Guinness PRO14 clash with Dragons on Friday, November 1.