Dundon: "A win this weekend is key" 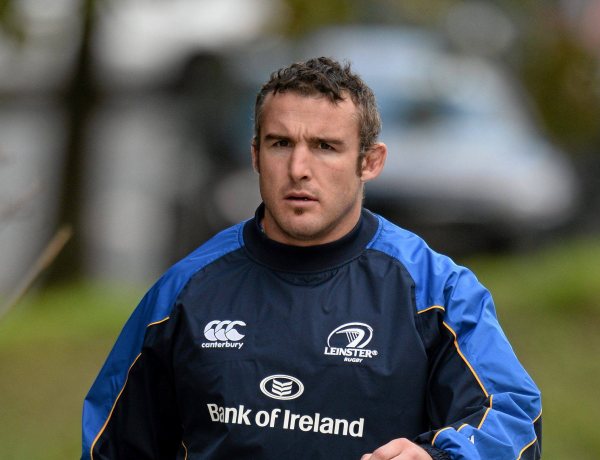 Leinster hooker Aaron Dundon talks about the good mood in the Leinster camp, this weekend’s match against Scarlets and the last chance to stake a claim for a starting place against Northampton…

With more than a few Leinster players away on international duty over the last three weeks, others have been stepping up to the challenge of powering Leinster through a tough November schedule that has so far seen victories over Newport and Treviso.

Aaron Dundon has featured in Leinster’s last four wins – starting twice and appearing off the bench twice. He sees the return of the players that featured in the international games as a real boost to the squad, off the pitch as well as on it.

“The boys that came back have been really positive and given everyone a lift,” Dundon says.

With more players returning it means that competition for a starting place intensifies once again. With two wins secured already in November, Dundon believes the coaches will have some tough decisions to make in the next couple of weeks.

“We’ve got a few boys coming back in now after the Autumn test series, and I hope the lads that have been playing the last few weeks against the Dragons and Treviso put up their hand and make the selection process a bit harder for the coaches.”

Speaking to the press yesterday, head coach Matt O’Connor emphasised the importance of a quality performance this weekend, something Dundon agress with, highlighting the qualities of an in form Scarlets side: “Scarlets had a great win at the weekend in Galway against Connacht. It was a tough one, especially with the players away (on international duty), but they’ve got a young crop of players there that are doing really well. They’ll be really competitive in the RDS this weekend.”

A win this weekend is vital, not just to put more points on the board in the PRO12, but also to go in to the Heineken Cup back-to-back games against Northampton with a sixth consecutive victory. Players will also be staking their claim for a starting place against the Saints.

“To win this weekend is key, especially against Scarlets. You want to win leading into the Heineken Cup rounds as well,” Dundon says. “It’s the last chance saloon, the last chance to put yourself in contention for the match against Northampton. There’s a good bit of competition with the players.”

As for his own chances of starting, Dundon is pleased with his performances i the past two games and now knows it is up to the coaches to make a final decision.

“I hope I have (done enough to put myself in contention). I’ve done well in the last two games but you never know what the coaches are thinking. I hope I’ve given them something to think about for the selection process.”

Leinster take on Scarlets in the PRO12 this Saturday (KO 7.15pm) and Northampton in the Aviva stadium on December 14th (KO 6pm) for a crucial Heineken Cup encounter. Get your tickets for those games here.