Early season games to be played at Aviva Stadium 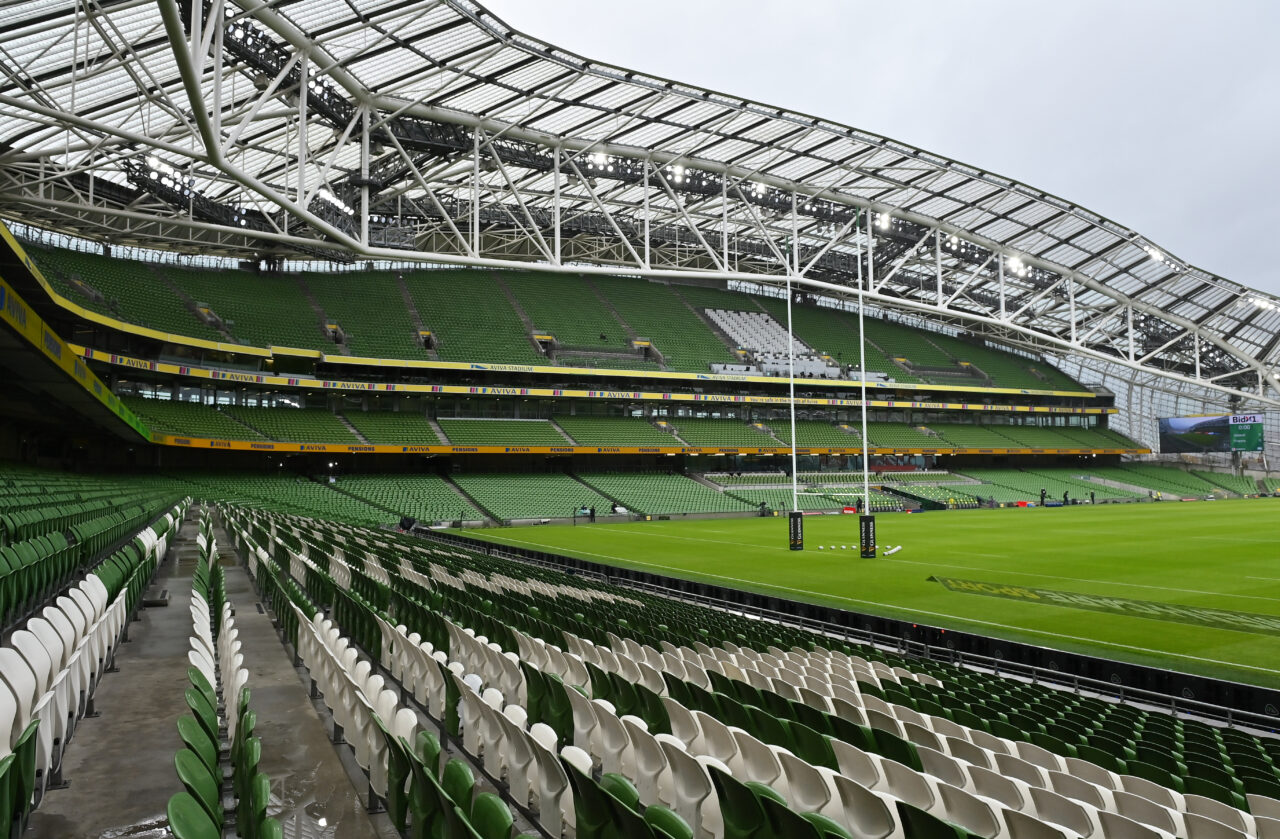 Leinster Rugby have confirmed that Aviva Stadium will host the first home game of the United Rugby Championship, as well as the Bank of Ireland Pre-Season Friendly against Harlequins on 10 September (KO 7pm).

Leinster Rugby has over 12,000 Season Ticket Holders, and with stadium capacity at the RDS Arena still a concern ahead of the start of the new season, Leinster Rugby has decided to give clarity to Season Ticket Holders that they will be accommodated for the first home game of the United Rugby Championship at the Aviva Stadium with a 15,000 capacity to be confirmed in the coming weeks.

Any remaining tickets will be on general sale at €20 for adults and €10 for children.

Information on ticketing for the first round of the United Rugby Championship will also be communicated to Season Ticket Holders, in the first instance, early next week.

As expected, all Covid-19 guidelines and restrictions in place at the time will be updated in advance of the Harlequins game and all games thereafter.

Speaking to leinsterrugby.ie this morning, Leinster Rugby CEO Mick Dawson explained the rationale for the decision.

“There has been a huge amount of progress over the last few months as the country starts to recover from the impact of Covid-19, but the reality is that we are still some way short of normality for a lot of industries, ours included.

“At this moment in time, with the current restrictions in place and likely to be in place for at least another month, we would be unable to accommodate the over 12,000 Season Ticket Holders that have committed to us for the season ahead in the RDS Arena.

“Until we can guarantee their tickets, it is very difficult to commit to games at the RDS Arena and we hope by announcing this decision now it gives clarity to supporters who might have been concerned about their purchase with the season less than a month away.

“It is important for me to also acknowledge the help and co-operation of the RDS, who have been hugely understanding of our financial situation, and also the IRFU and the Aviva Stadium who have worked very hard with us on the fixtures and the dates.

“It should be noted that it is very much our intention to return to the RDS Arena when we can accommodate all of our season ticket holders but right now, with Covid-19 restrictions still very much a feature of the immediate sporting landscape we felt it was the right decision to take and crucially secures us much needed revenue after a very challenging 20 months.”

Dawson also confirmed that the decision to play games at the Aviva Stadium is open to review and in particular as things hopefully improve.

“Absolutely the decision is under review. This is very much for the two games announced but we are also open to extending that to other games because until the situation changes and we can accommodate 12,000-plus Season Ticket Holders in a Covid-compliant manner at the RDS Arena, we have to be realistic and look at other options.

“For now we have committed to playing our initial two games at the Aviva Stadium and over the coming weeks we will assess the situation further and issue advice accordingly.

“It is not ideal, we appreciate that, but for us as a club it is crucial that we get games played in front of as many supporters as possible and this allows us to do just that. With an update from the Government coming potentially as early as next week, we can make further decisions on a potential return to the RDS Arena after that.”

For now, Season Ticket Holders do not need to do anything ahead of the first game in the United Rugby Championship and Leinster Rugby will contact them early next week.

With only certain sections of the Aviva Stadium open to the public, seating and assignment of seats for the two games will be different to what supporters would be used to and will be coordinated by Leinster Rugby staff for the games affected.

Tickets for the Harlequins game will be available to Season Ticket Holders using an interactive seating map when purchasing tickets.

Tickets for the United Rugby Championship game will however be allocated by Leinster Rugby, in as much as possible, in accordance with the ticket category purchased with the Season Ticket.

A full FAQ ahead of the games is now available here.

Any tickets available for public sale, for either game, will be announced on leinsterrugby.ie and across the Leinster Rugby social media channels.