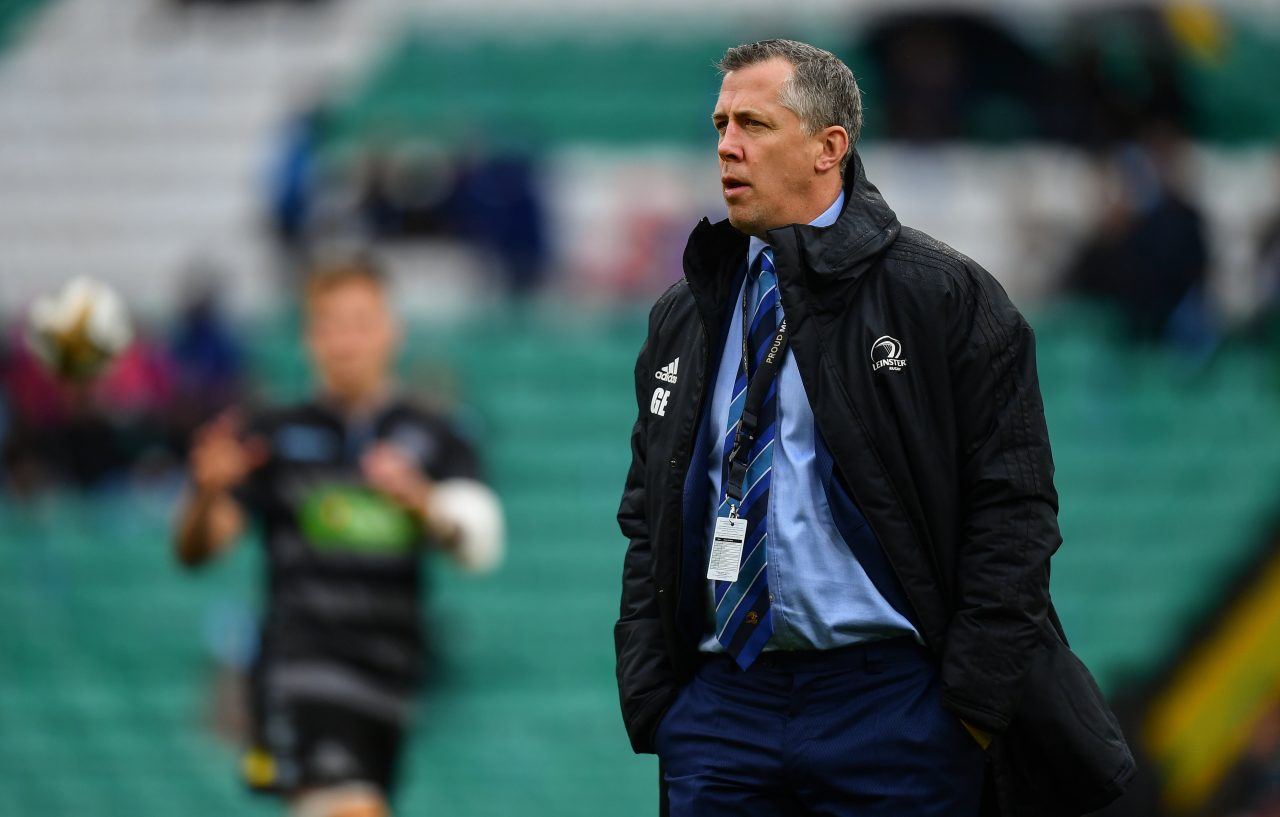 Head of Rugby Operations Guy Easterby has lauded the efforts of staff in preparing Leinster Rugby’s UCD training base ahead of yesterday’s return to group training.

“It’s been a decent break away from the place, over three months, and I think it’s great to have everyone back,” he says.

“I think particular credit has to go to Ronan O’Donnell our Operations Manager who you can imagine, with that title, has had an awful lot on his plate but has gone about his business as he does and done a fantastic job.

“I think the other one, in particular, is Garreth Farrell who is almost our medical lead at this point, our head physio. And he’s done an incredible amount of work as well just in terms of making sure that we’re compliant coming into this morning.

“We’re all facing so much that we’ve never seen before, there’s certainly been some challenges within that time but they’ve both been unbelievable.”

He also saved credit for the Athletic Performance team who Easterby says enabled the return to HQ to be as ‘smooth’ as possible.

“Then, if you add in Charlie Higgins, our head of Athletic Performance, and Cillian Reardon, Senior Athletic Performance coach, again the amount of work that they’ve done in preparation for today, they’ve made it a smoother day today than it might otherwise have been and they deserve great credit because it certainly hasn’t been easy,” he explains.

“We’re in small groups at the moment so they’re not really seeing each other but even seeing the interaction between the small groups we do have has been great. Everyone was looking forward to today and it’s running OK so far which is a positive.”

Easterby also outlined the education process that the players were put through to aid in providing a safe training environment with the new procedures.

“The important thing for me was to provide a safe and secure environment for our players and staff and that was the key element when we sat down to discuss how we went about implementing the protocols.

“It has taken an awful lot of hours from a number of people who have done a fantastic job.

“We did quite a lot of education before they came in. We did a video tutorial to show the new flow of the building and we also brought in one from each of the eight groups, walked them around the place on Friday as well just so to make sure that they had an understanding, when they came in here today and on Wednesday as well when they get on to the pitch, what the flow would look like, what the place would actually look like, what was stationed where and then they could help educate the rest of their group.

“It’s important they don’t spend too much time worrying and thinking about the flow so we educated them as best as possible prior to coming in.

“I think it gives everyone a degree of hope after a long few weeks but it’s important that we acknowledge and adhere to the processes that are there in front of us and knowing that as we tick off certain boxes, we can move on to the next phase.

“That’s been laid out well for us, we have a good understanding of it and if there’s an opportunity to accelerate some of those while we’re in the process, that’s fine but at the moment we have a plan and we intend to stick to it until we’re told different.”