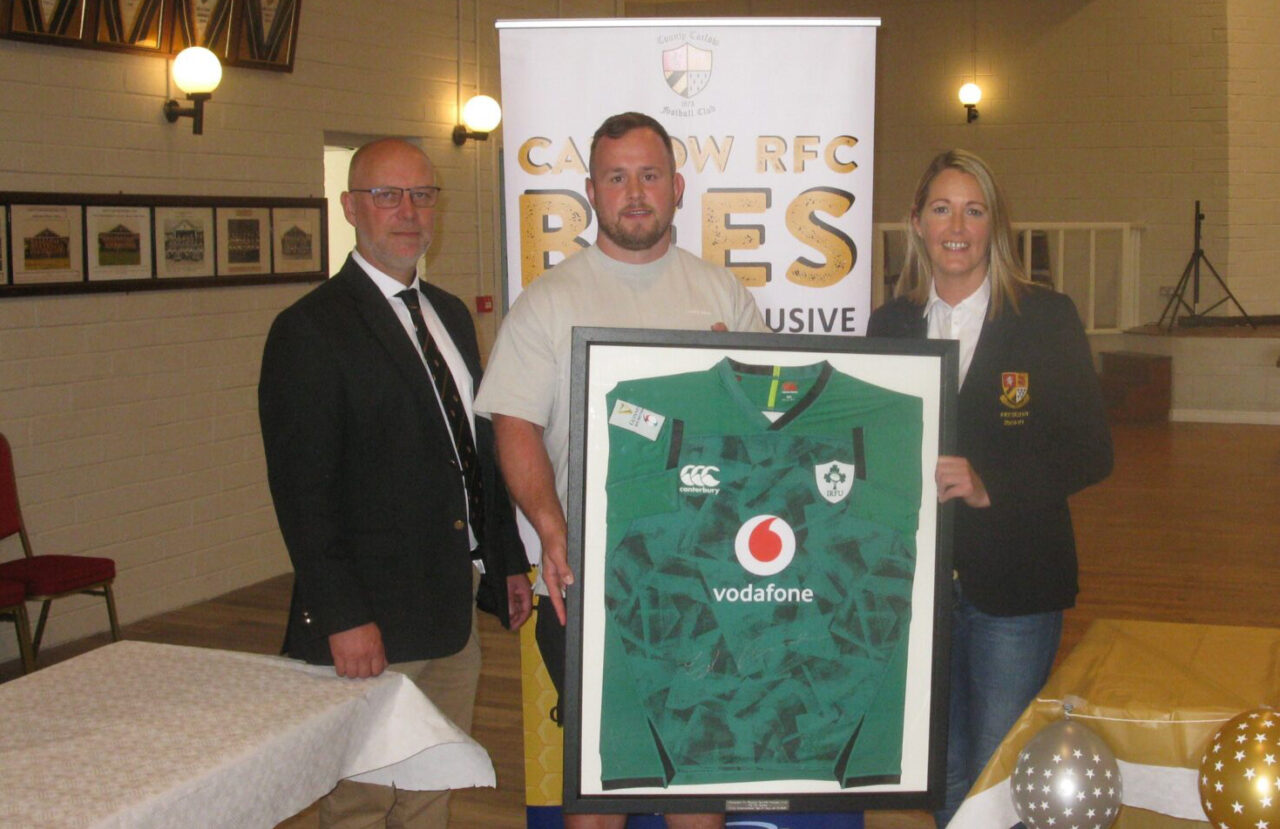 Members of Carlow Rugby Club, along with the wider Carlow community, were delighted when Carlow native Ed Byrne was called up to wear the green jersey of Ireland.

Their pride and admiration for the Carlow club man was even greater when they learned that Ed had donated his first Irish jersey to a raffle in support of a fundraiser for Martin Dunphy a former Carlow player who had suffered a life changing accident.

The Carlow Rugby Club Executive then banded together to raise €2600 to purchase the jersey at a fundraising auction. Ed Byrne’s Irish jersey, signed by the player has been framed and is now on permanent display in the Carlow Clubhouse at Oakpark. 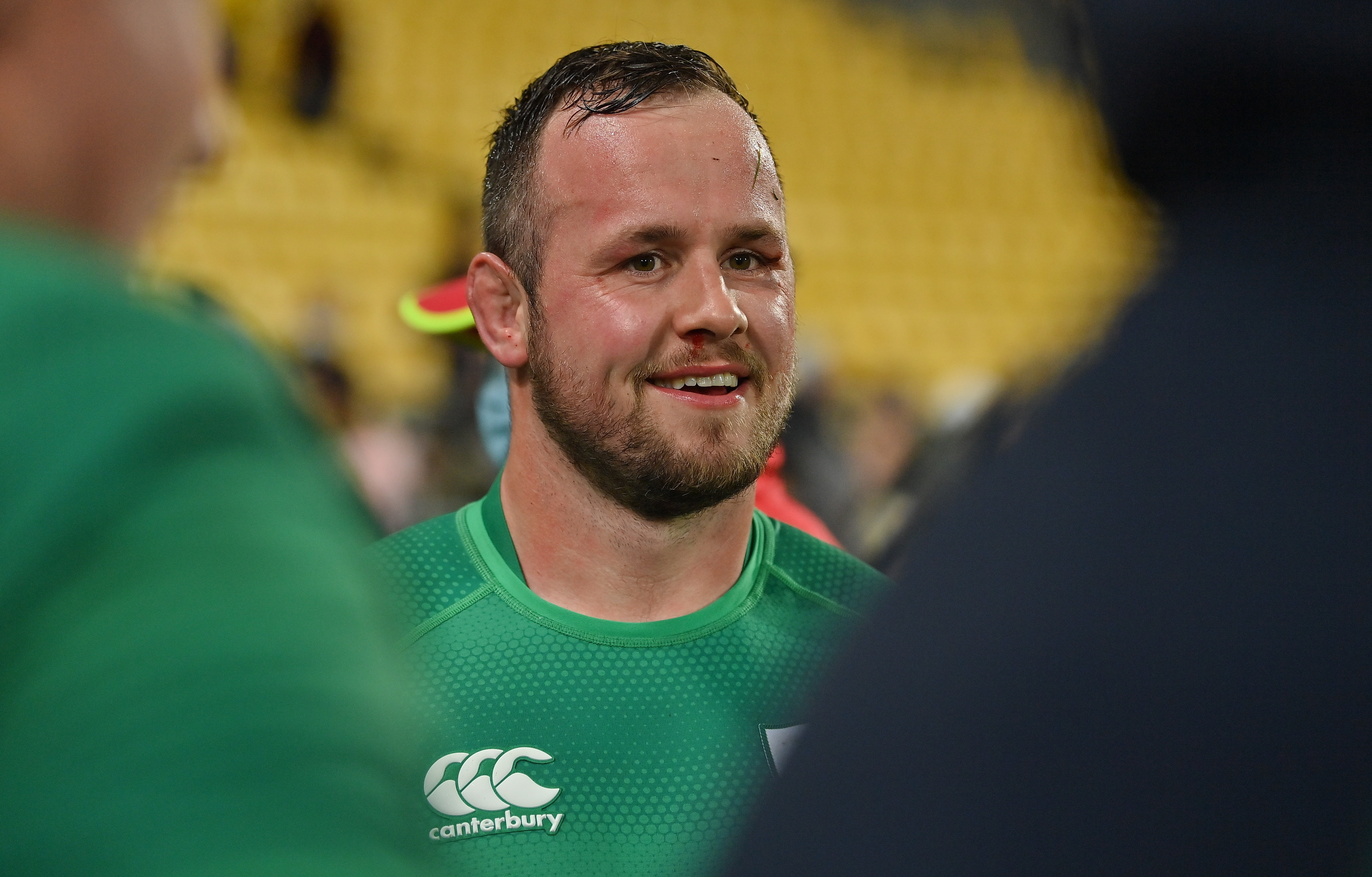 The Byrne family have had a long association with Carlow Rugby Club.

Ed, his twin Bryan, and other brothers Thomas, Mark and Shane all started their rugby as minis in Carlow. Their father Thomas, who has an auctioneering business in Carlow, is a member of the club executive.

Since they joined the Leinster panel Ed and Bryan have been most supportive of their home club and have often helped in coaching of youth teams. Currently Bryan is playing his rugby with Bristol in the UK.

Ed’s breakthrough into the Irish team came after he was out of the game for 28 months with knee surgery. At this stage he has been capped six times for Ireland along with 88 caps for Leinster. With Leinster Ed has scored a total of 12 tries which is remarkable for a loosehead prop. As a mini player in Carlow Ed and Bryan sometimes played in the backs such was their turn of speed.

Ed has had some amazing experiences with Leinster and Ireland. He has held his own against the biggest of props including 140 kg Antonio from La Rochelle. He was part of the history making Irish squad that recently beat the All Blacks in New Zealand.

Alongside his rugby career Ed has studied for a Commerce degree. Eventually he would like to be involved in business but thankfully for all Leinster and Ireland fans, not for a while yet!