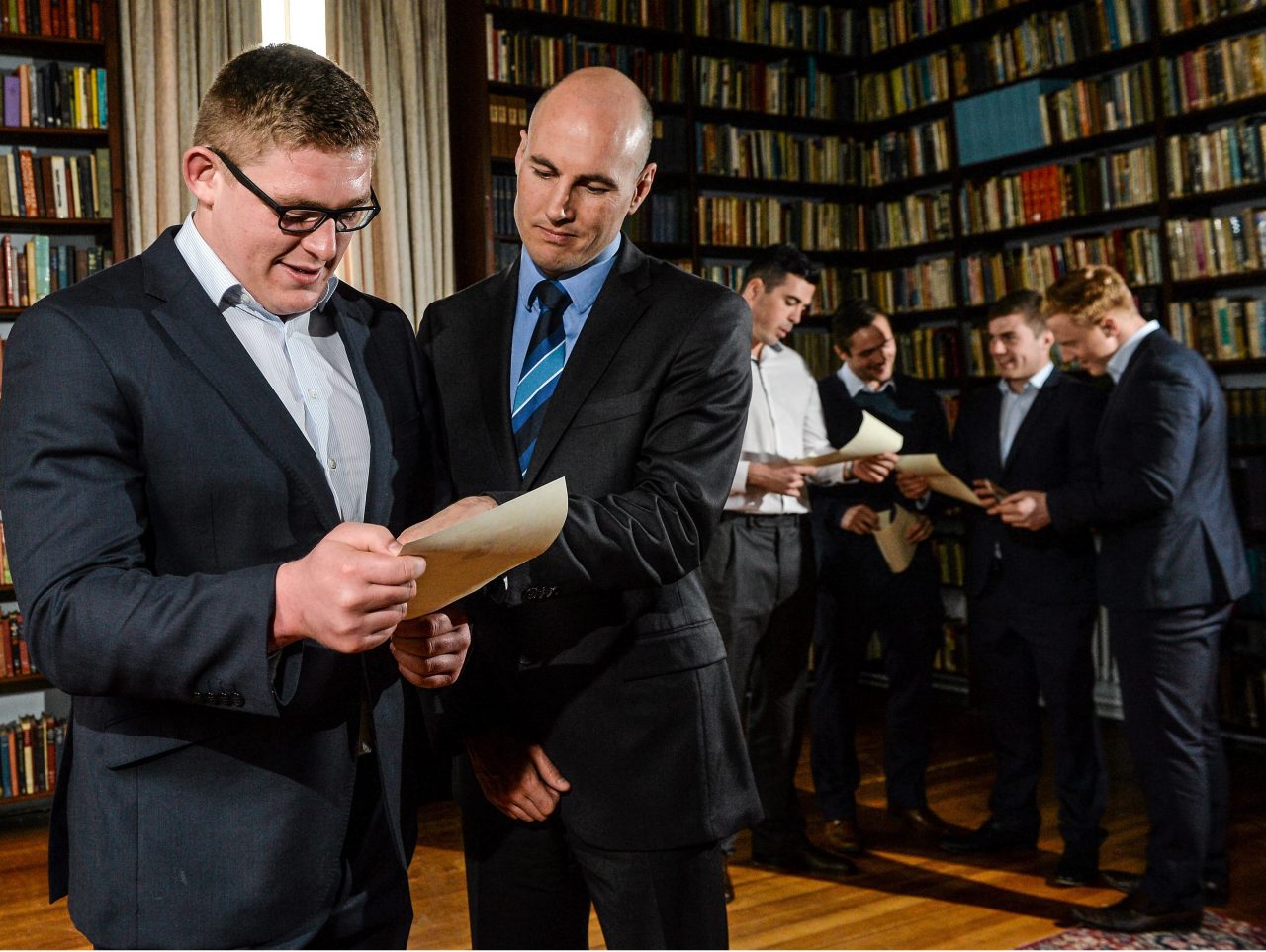 Eight Leinster Academy players were today awarded their QQI Diplomas in Professional Rugby at a special ceremony in the President’s Room, in the RDS having graduated from the Academy after three years.

John Glackin, President of Leinster Rugby presided over the ceremony and welcomed special guest, Louis Magee, President of the IRFU as well as the players and their families to the RDS.

In addressing the players John Glackin paid special tribute to the players’ parents and in particular “for starting the fire that Leinster Rugby kept burning brightly over the last three years.”

Tony O’Beirne, Chairman of the Leinster Academy Board, also paid tribute to the players and their parents and also to the clubs and schools that have played such an important role in their development. Tony also paid special tribute to David Doyle, who was receiving his diploma in absentia, who had to retire from rugby with a serious hip condition.

“As we all know the three years in the Leinster Academy test all of our players and unfortunately it isn’t all good times for those players. The careers of a rugby player can be short and the reality in a contact sport such as ours is that you are only ever one injury away from retirement.

“David is one such example. An exceptional hooker playing with UCD who had to retire at a very young age due to a hip injury. We all remember David fondly and he was a huge loss to the environment. Thankfully David is now pursuing a career in physiotherapy and everyone in Leinster Rugby wishes David all the very best with his future career.”