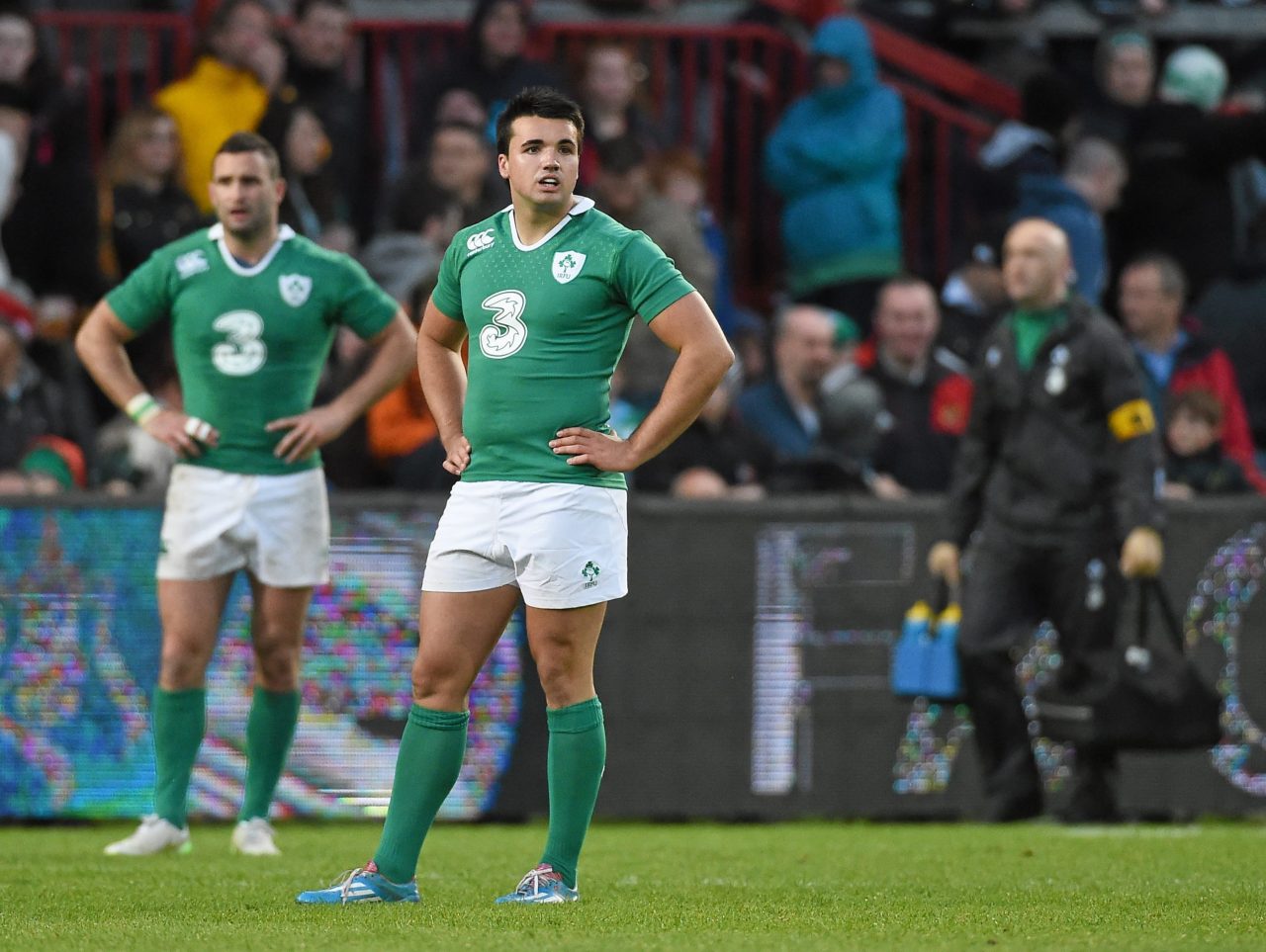 Allen Clarke and Girvan Dempsey have made 10 changes to the Emerging Ireland starting XV ahead of their clash with Uruguay tomorrow (Wednesday 17th June) at the World Rugby Tbilisi Cup in Georgia, with Leinster’s Rhys Ruddock once again leading the side from the back row.

Just Eoin Griffin, Matt Healy, Stephen Archer, Billy Holland and Ruddock are retained from the side that started the tournament with a 25-0 victory over Emerging Italy on Saturday.  Ruddock is joined in the back-row by Frank Taggart at open-side and Eoghan Masterson at No.8.  Billy Holland is partnered in the second row by Andrew Browne with James Cronin and David Heffernan coming into the front row alongside Stephen Archer.

John Cooney and Rory Scannell get the opportunity to impress as the starting half-back pairing while Clontarf’s Noel Reid will form a midfield partnership with Eoin Griffin.  Peter Nelson and Cian Kelleher, who made his Leinster debut in the Guinness PRO12 game away to Edinburgh in Round 22, start in the back three alongside Matt Healy who backs up from Saturday’s game against the Italians.

Emerging Ireland Coach, Allen Clarke commented, “First and foremost our thoughts are with the citizens of Tbilisi.  We have luckily been unaffected by the adverse weather conditions and we are thankful to the Georgian Rugby Union for their hospitality and consideration during what is undoubtedly a very difficult and upsetting time.”

Looking ahead to the game against Uruguay, Clarke commented, “This game offers a further opportunity for those within the squad to show that they can compete at this level.  Although there were some positives from opening fixture there were also a number of areas that we know we will need to improve to keep progressing in this tournament.”

Uruguay lost their opening fixture of the Tbilisi Cup to hosts Georgia 19-10.  Uruguay will play in Pool A at Rugby World Cup 2015 competing with England, Australia, Wales and Fiji.  Emerging Ireland’s final game of the tournament is against host nation Georgia on Sunday 21st June.