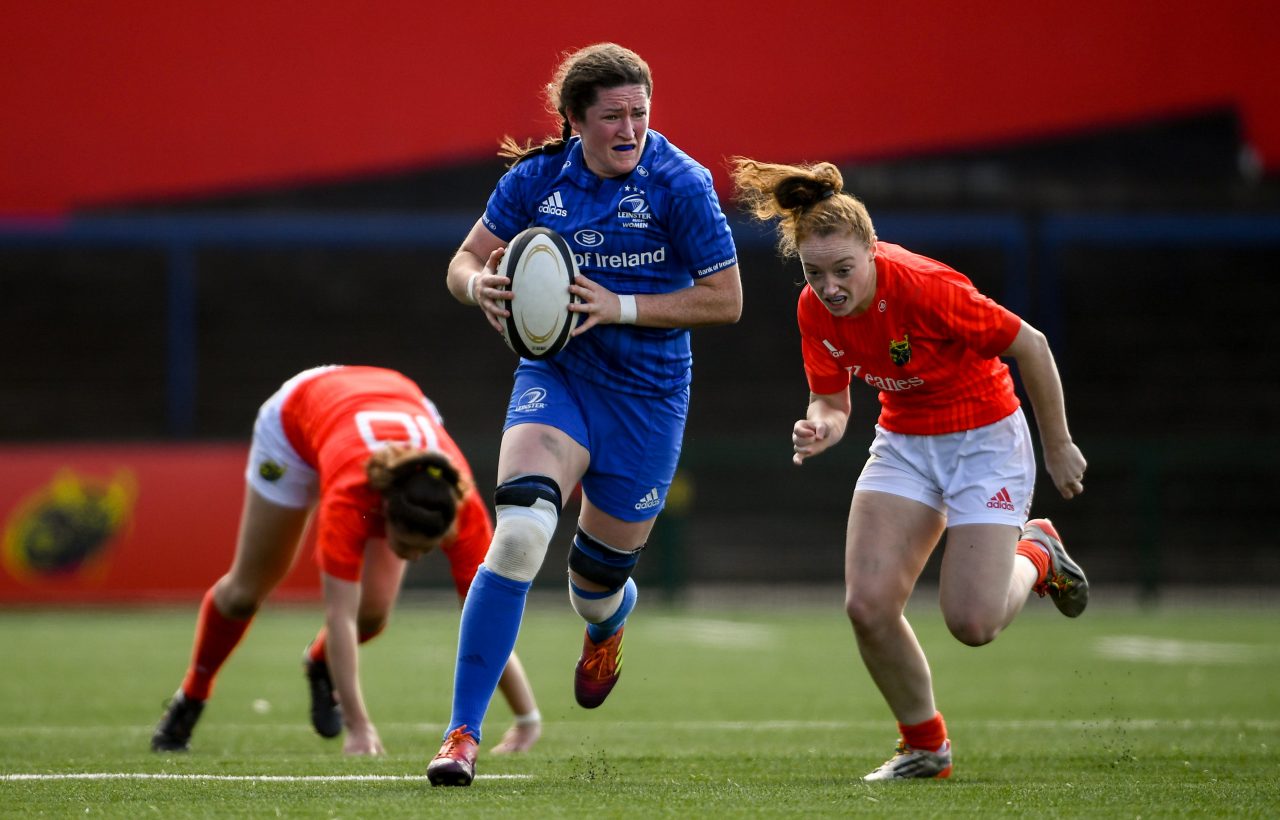 Hannah O'Connor is on the shortlist for the Energia AIL Women’s Player of the Year award.

Energia, title sponsor of the All Ireland League and one of Ireland’s leading energy suppliers, have revealed the Energia AIL awards shortlist and full line up of special guests ahead of the virtual rugby awards broadcast at 8pm on Friday, 8 May, across Energia’s YouTube and Facebook channels.

Rugby fans across the island will be in for a full line-up of special guests including Energia ambassador Jordan Larmour, and Irish Rugby Coaches Andy Farrell and Adam Griggs all presenting awards on the night.

This year’s awards, hosted by Irish actor and comedian Mario Rosenstock alongside some of his favourite rugby impersonations, will celebrate the action both on and off the pitch and highlight some of the real skill, talent and incredible rugby we have seen from the players, as well as recognising all the hard work that goes on behind the scenes from clubs, volunteers and coaches who went above and beyond for the league.

Other awards on the evening include Rising Star of each division, Men’s Coach of the Year, Women’s Coach of the Year, Club Scene Award, and the new Energia Positive Energy Award, which will be awarded to the team or player who has embraced the positive energy mentality and went above and beyond for the league.

Energia are hosting the virtual awards to help lift positive energy and give everyone involved in rugby and the league something to celebrate during these challenging times. In the current unprecedented climate where sport has been postponed, Energia is determined to bring everyone together from the safety of their home for the first virtual Energia AIL Awards.

Be sure to follow and use the hashtag #EnergiaAILAwards throughout the evening on social for live updates.