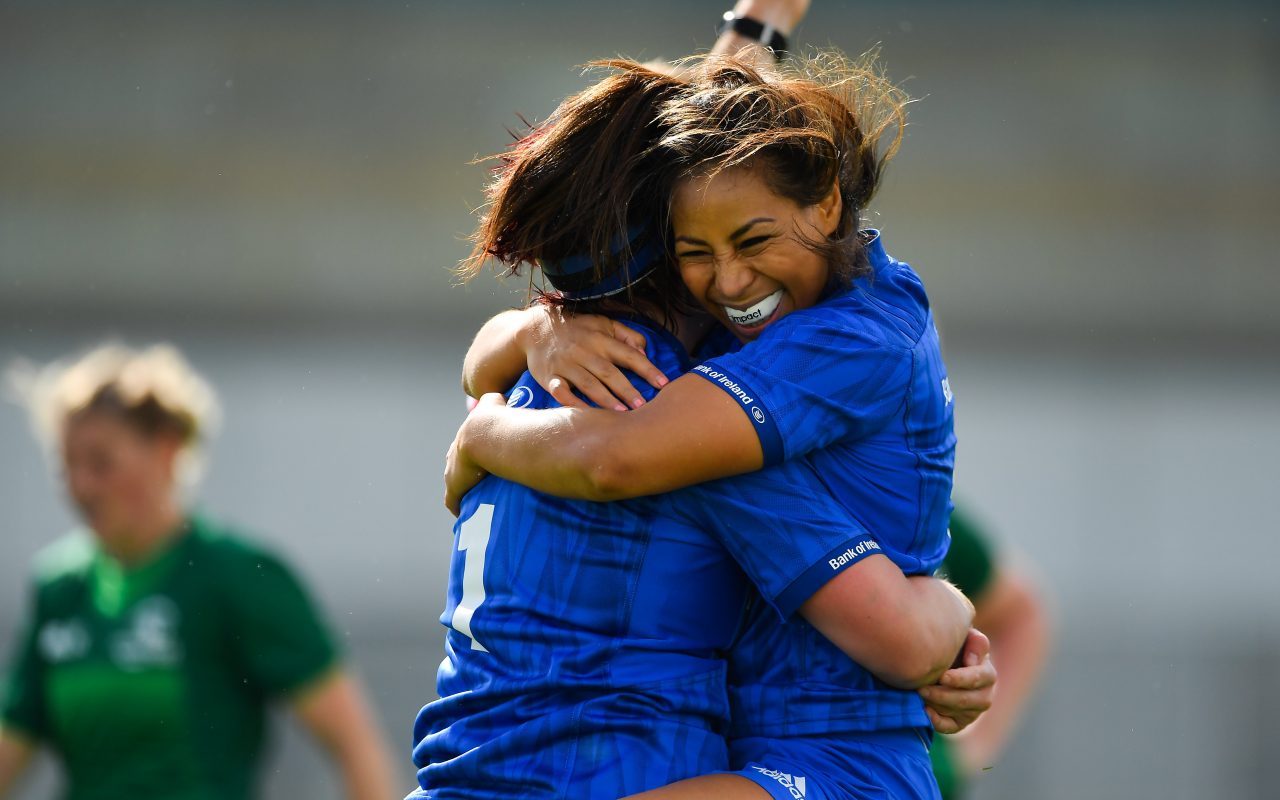 Women’s rugby in Leinster has grown massively in recent years and powering this progression are the individuals working across all levels of the game. From teammates, to coaches, mentors, family, friends and clubs – these pillars rely on one another for support to survive and to grow.

Leinster Rugby premium partner Energia has released the first of three short videos from their #ThePowerBehindLeinster series. The first instalment, ‘The Player’, showcases Leinster players such as Lindsay Peat and Sene Naoupu, who both faced challenges on their journey to the top. In the first episode, Lindsay and Sene reflect on their journey to success, the positive impact rugby has had on their lives and the people who have helped them along the way.

Almost like ‘outsiders’, Lindsay and Sene have both come a long way to get to where they are today. Off the back of a heart-breaking All-Ireland Final with Dublin, Lindsay believed she was at the end of her sporting career. Having relocated from North to South Dublin, Lindsay didn’t want to join a new GAA or basketball club, so she said she’d give rugby a go.

“It wasn’t only a new sport; it was a whole new world,” Peat admits in the first episode, “I didn’t feel I was worthy of being there.”

Having represented Dublin in football and Ireland in Basketball, she “couldn’t get the concept of going backwards, all wanted to do was go forward”.

Sene, who was born in New Zealand, moved to Ireland in 2009 with her husband, George, a professional rugby player. They both quickly “fell in love with the place and didn’t want to leave”. Having battled with depression, she made a new path for herself and got back into rugby.

“I felt fitter than I ever had been in my life. I felt I had so much more to give to rugby and more to learn as well.”

‘The Players’ is the first in a three-part series by Energia which will be live across Energia’s social channels. Energia partnered with Leinster Rugby in 2018 as a proud official energy partner. Showcasing the team, coaches and mentors the #ThePowerBehindLeinster series by Energia gives an insight into the work being undertaken by Leinster Women’s Rugby squad and what playing for Leinster means to them.