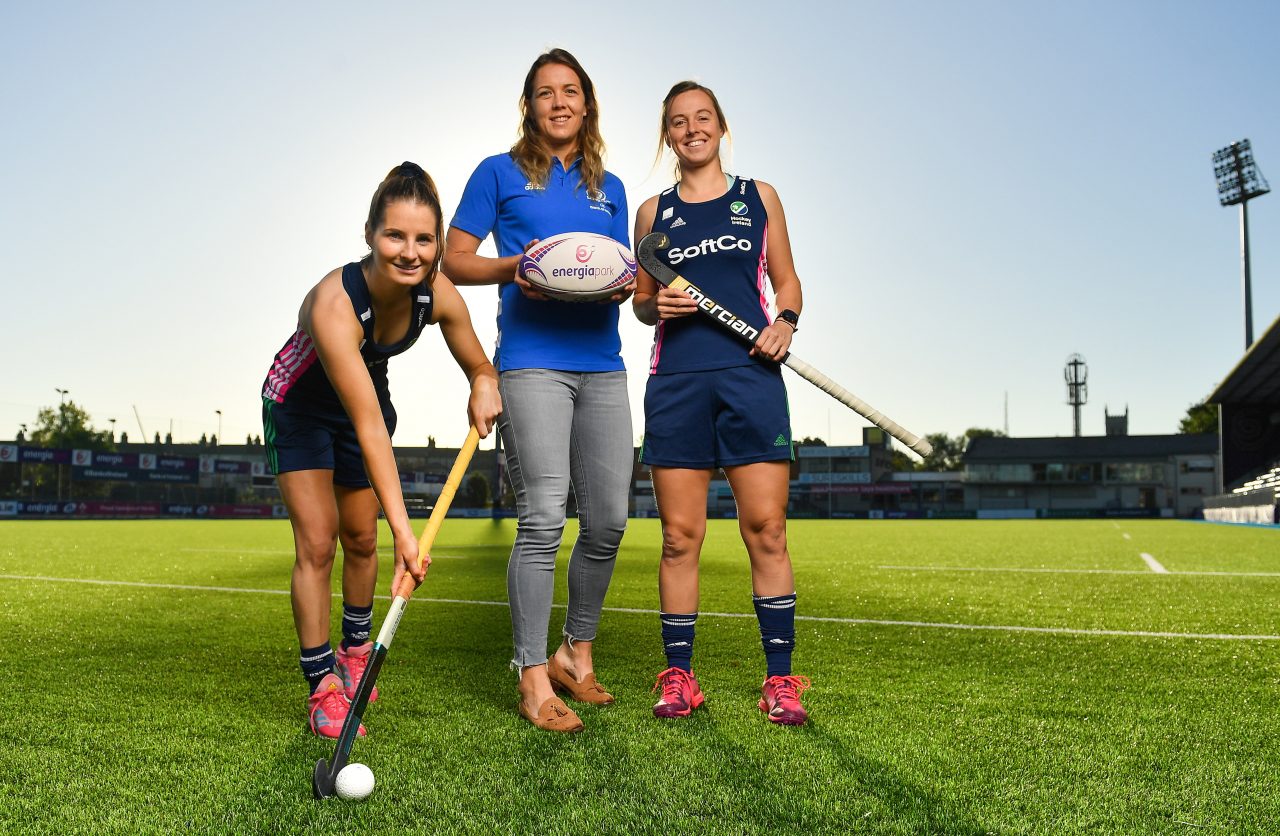 Leinster Rugby and Hockey Ireland this morning confirmed Energia Park as the host venue for two Olympic Qualifiers for the Irish Women;’s Hockey Team against Canada in November. As well as the venue confirmation, detailed plans of the roll-out carpet to be used for the upcoming games were also confirmed.

The announcement of these plans to use a roll-out Polytan carpet with Big Stadium Hockey in Energia Park has garnered substantial interest both at home and abroad given its unique nature.

Attending the event this morning in Energia Park, Minister for Transport, Tourism and Sport, Shane Ross said, “I am delighted to support the launch of the Olympic Qualifier, in particular I am excited by the collaboration of Leinster Rugby and Hockey Ireland to put in place the structures for what is a unique event. I would be hopeful that this collaboration will be an encouragement for other sports to follow in hosting major events by making full use of existing stadia.

“I wish the athletes and all supporters an exciting weekend in November and wishing for every success in achieving the goal of a ticket to the Tokyo Olympics.” 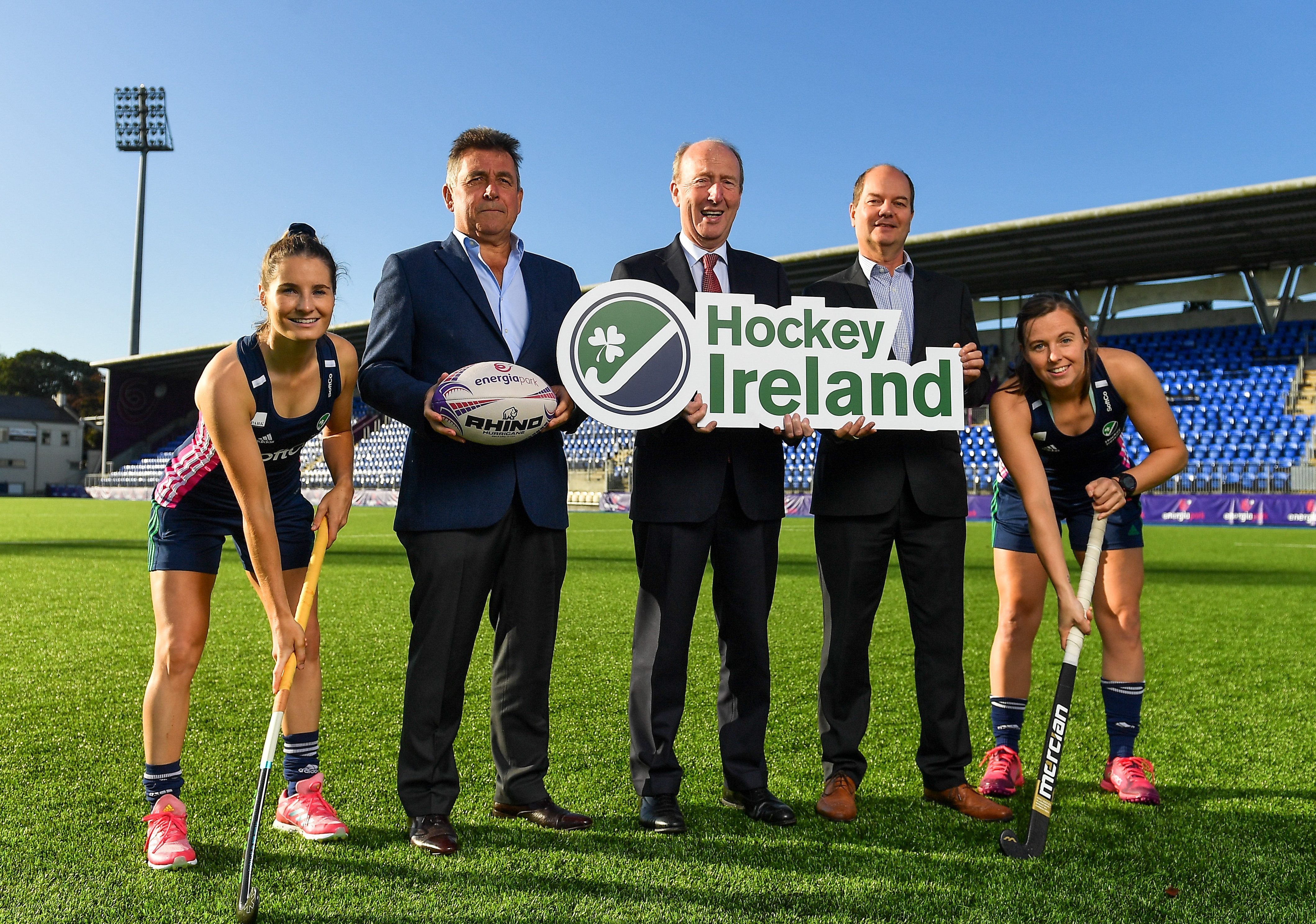 Leinster Women’s and Ireland Rugby player Jeamie Deacon was at the announcement and was joined by Irish Hockey internationals Emily Beatty and Megan Frazer.

Deacon is a former Irish hockey underage and senior international and only took up rugby in 2013 with Blackrock. Yet only two years later she was named in the 2015 Six Nations squad and made her debut against England in the November internationals. This weekend coming she will hope to be part of the Leinster side that defends their Interpro title in Energia Park against Connacht (Saturday, 21st September, KO: 7.00pm).

But this morning her focus was very much on the two games against Canada in November.

“I love hockey and fair play to the girls they had an amazing run at the World Cup and have really backed that up since in the Europeans a couple of months ago.

“They deserve this chance and I think it’s a really good opportunity for them. I know they are in a really tough patch of training at the moment but looking a little further ahead in seven weeks or so and hopefully they can do the job. To have that chance to make it to the Olympics and to have that opportunity at home, in Energia Park, it’s massive.

“The Olympics, it’s the pinnacle of hockey, of their sport so I’ll be there in November and hopefully we can fill this place for them to make sure they have that 12th man in the stand.” 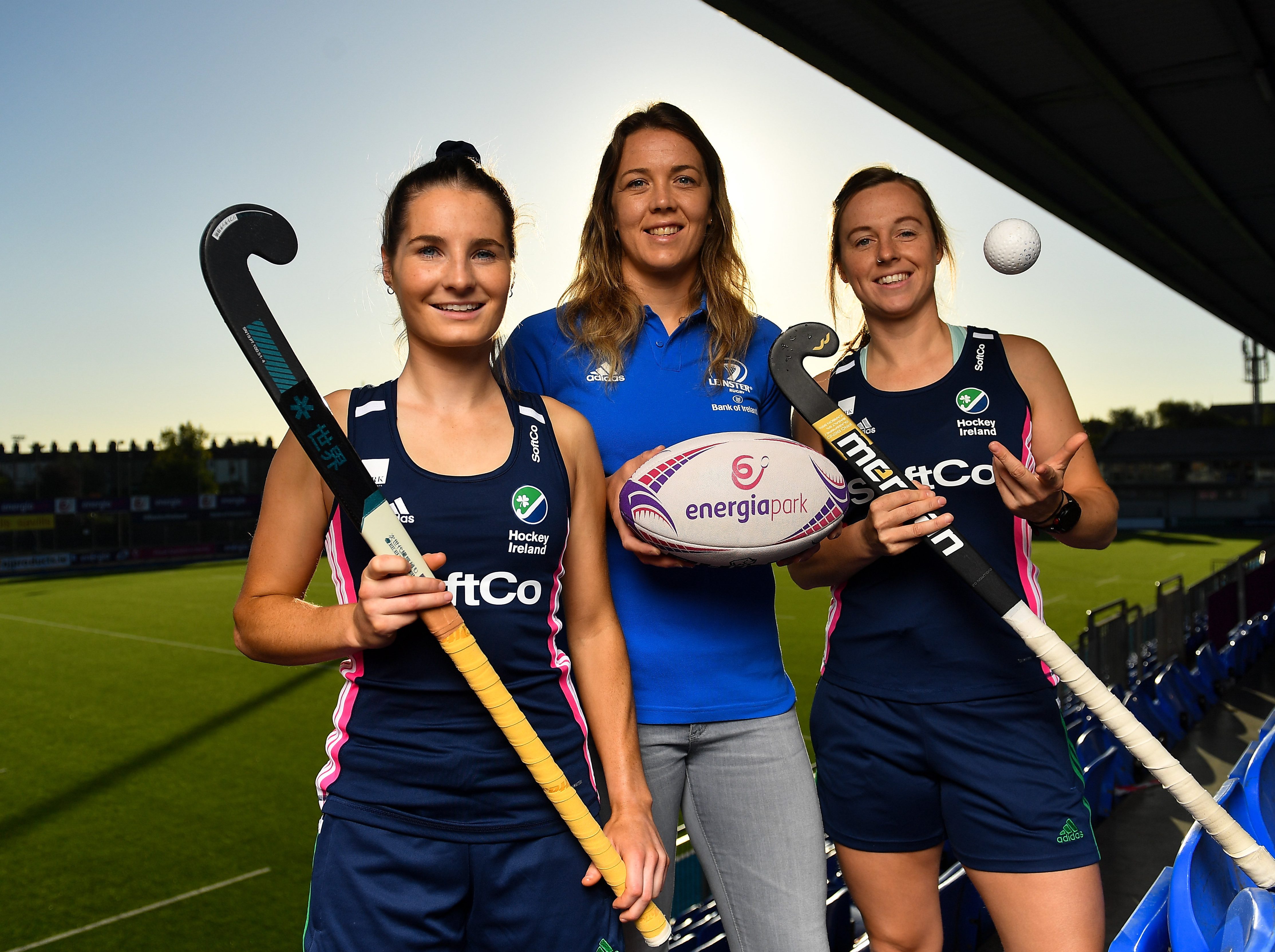 Speaking at today’s announcement Hockey Ireland CEO Jerome Pels said: “Through our partnership with Big Stadium Hockey, the Polytan pitch which will be used in Tokyo will also be used in Energia Park. This Polytan pitch is identical to both the one being laid at the Sport Ireland Campus, and the one which will be used in Tokyo, ensuring a smooth transition and maximising home team advantage with the benefit of a huge and noisy home crowd.

“An Olympic Qualifier on home soil is a unique event – the only one in Ireland this year. We are delighted that Leinster Rugby share our excitement and ambition about the potential for bringing Big Stadium Hockey to Energia Park and exploiting the benefits of existing infrastructure to raise the profile of women’s sport.

“We are also grateful to the partners in Big Stadium Hockey, particularly England Hockey and Polytan, for all their support on the journey so far and we are delighted to be working with them on the delivery of this unique event.” 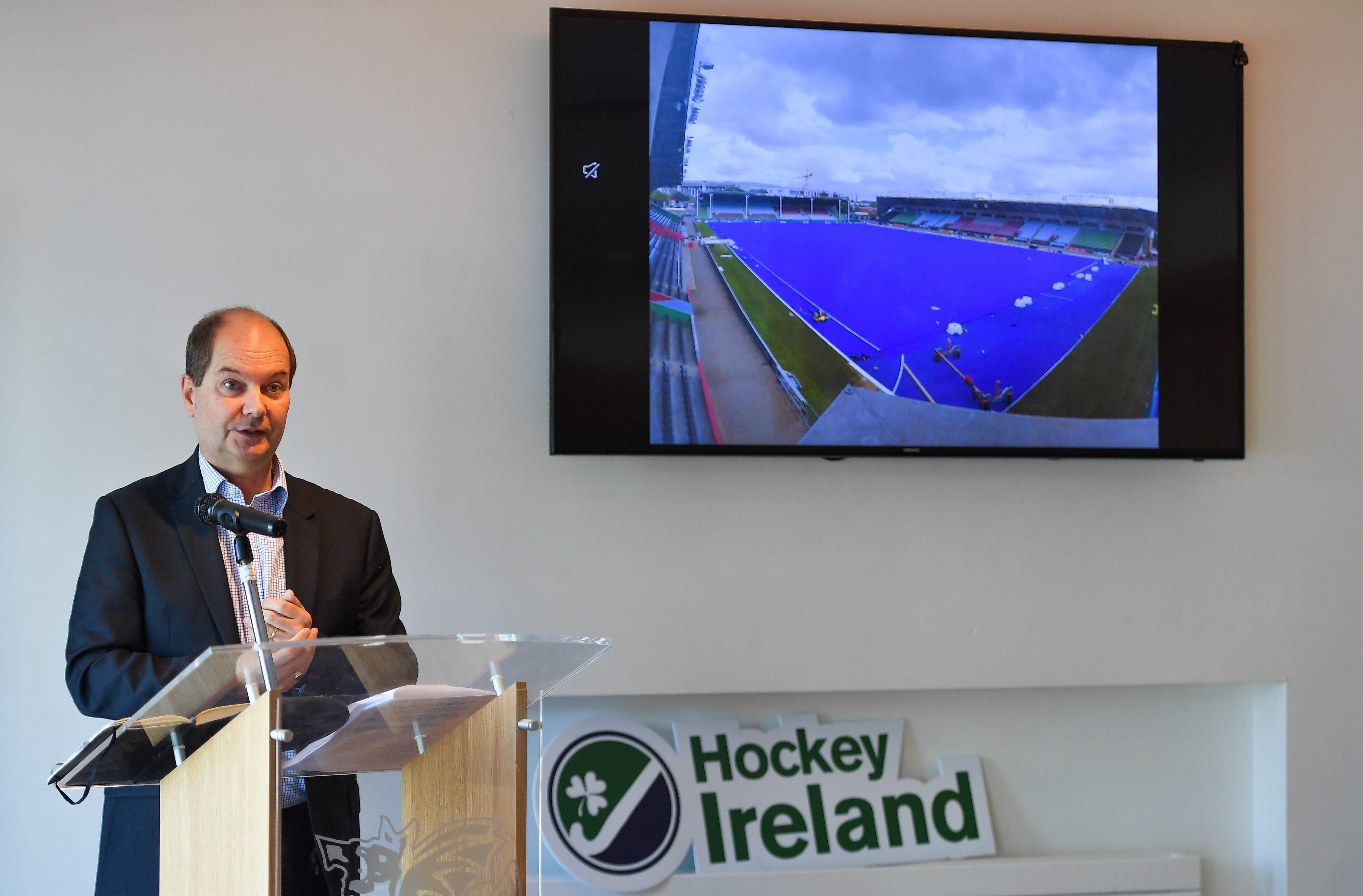 The Head of Commercial and Marketing with Leinster Rugby, Kevin Quinn said, “This is another hugely positive step for us in Leinster Rugby to showcase our ability to offer a facility like Energia Park to other governing bodies and organisations.

“To be able to host international sporting occasions in any code and at any level is something we take huge pride in and I know our two partners in Energia Park, Old Wesley and Bective Rangers, feel the same way.

“We have worked very hard with our contractors SIS to ensure that the surface will be as good as any surface the players have ever played on and we take huge encouragement from the example last year at The Stoop in London which undertook a similar project for English Hockey to great success.

“Hockey Ireland and ourselves share offices on the same campus up in UCD and it is brilliant that we can now share a home stadium together for these two games and we can’t wait to host them, and to fill out Energia Park, in November.”

Big Stadium Hockey Lead, Paul Kamphuis, Polytan, commented on the announcement, “The first Big Stadium Hockey event at The Stoop this year provided an atmosphere not seen at a hockey event in a long time. With an opportunity for Ireland’s women’s team to reach a first ever Olympic Games, maximising home support at the venue will provide the atmosphere to help make this dream possible. Big Stadium Hockey enables the match to be played in a bigger stadium with more fans, more noise and a better atmosphere. We are excited to be involved in this historic event and look forward to bringing Big Stadium Hockey to Ireland.” 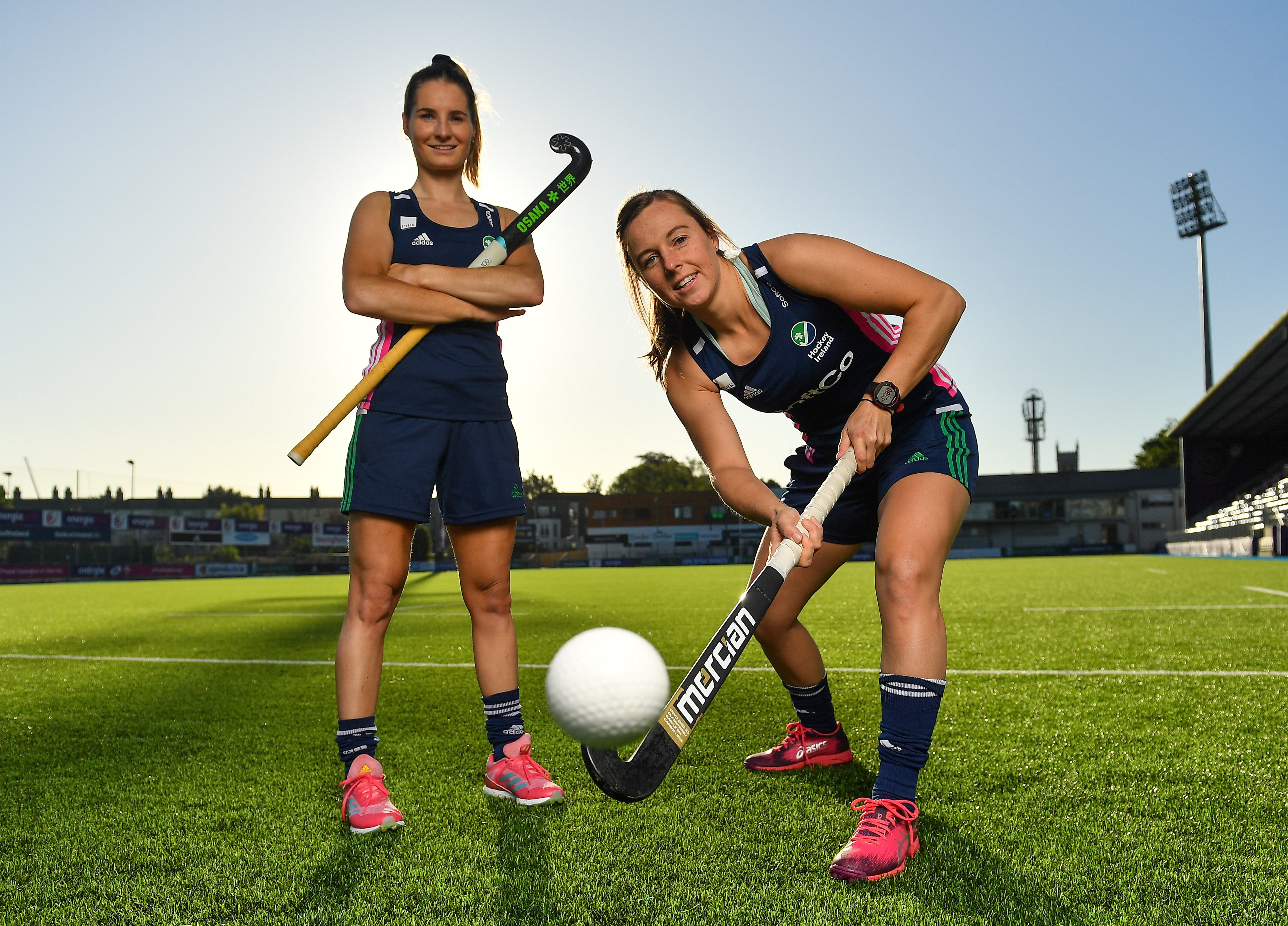 After the success of this summer’s two FIH Pro League matches in The Stoop in front of 12,000 fans, Royston Hoggarth, Chairman of England Hockey, was quick to congratulate Hockey Ireland “on their ambition and vision to play their FIH Olympic Qualifiers in November at the Energia Stadium in Dublin. These critical games deserve big crowds and ‘Big Stadium Hockey’, with its temporary overlay pitch will create a unique atmosphere. We wish Hockey Ireland every success with the event and qualification.”

Adding to the unique nature of the event, Hockey Ireland also confirmed that both matches will be broadcast on RTÉ this November, with the matches scheduled to take place at 19:00 on Saturday the 2nd and 19:10 on Sunday the 3rd.

Furthermore, tickets for the Olympic Qualifiers will go on sale on October 1st.

Tickets will go on sale October 1st via the FIH website as well as Hockey.ie along with all information regarding spectator experience and hospitality packages.

Both matches will be broadcast by RTÉ which is a great opportunity for Hockey in Ireland and fantastic news for Women in Sport.