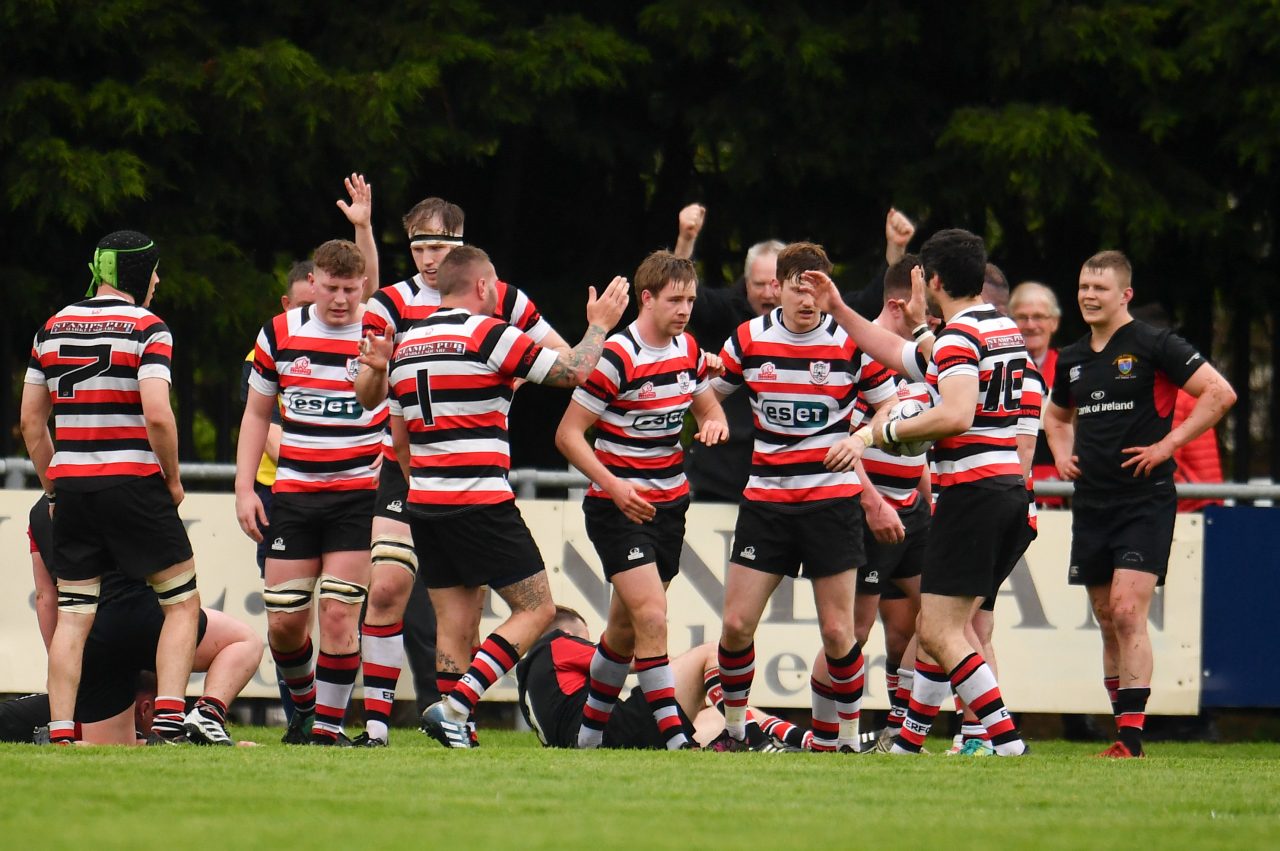 Enniscorthy are the 2019 Bank of Ireland Provincial Towns Cup winners, thanks to a 10-9 victory over Wicklow RFC in Navan.

The Leinster League Division 1A champions managed to hold off a determined Wicklow outfit to seal the victory by the narrowest of margins.

The familiarity between these two teams was evident throughout as they managed to stifle most of the openings that the other would create in attack.

The low-scoring is the biggest testament to this. Impressive goal-line defending was a feature for the 80 minutes.

Wicklow, having finished second to Enniscorthy in Division 1A of the Leinster League, wanted to get their hands on some silver of their own this year and started like a team possessed.

They pushed Enniscorthy back into their own half and held the ball well but without major reward.

They had to settle for two penalties from captain Niall Earls to push them into a 6-0 lead, when their early dominance might have deserved more.

‘Scorthy responded to the deficit in a positive manner and enjoyed a period of attack, during which Wicklow defended valiantly, forcing a penalty on their own goal line.

Deep into the first-half, the lead changed hands when scrum-half Arthur Dunne got over for the game’s only try, duly converted by Ivan Poole.

Early in the second half, Wicklow again gained good ground and Enniscorthy were pinged for infringements at the breakdown.

At first attempt Earls missed with his shot at the posts, but made no mistake with a second opportunity moments later.

With Poole replaced, No 8 Nick Doyle successfully took over the kicking duties when the Wexford club were awarded a penalty 20m out regaining the advantage.

Despite a late siege of Wicklow attack, ‘Scorthy managed to hold on and complete the double ahead of their move to the AIL next year.