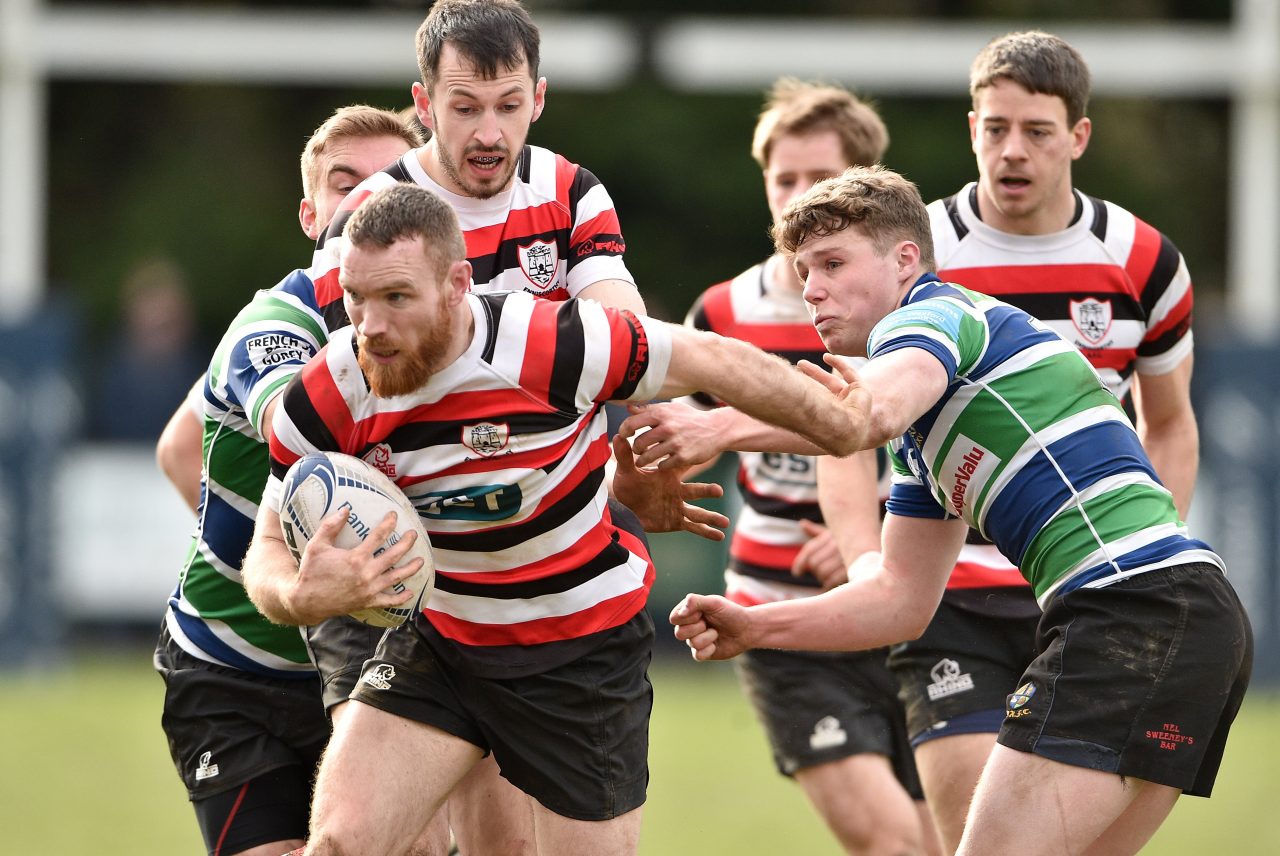 THE battle of Wexford was played out on Sunday as Enniscorthy and Gorey met on neutral ground a coveted Bank of Ireland Provincial Towns Cup final appearance at stake.

The Division 1A sides were no strangers to each other before Sunday but there was no doubting the superior side on this occasion with the reigning Towns Cup champions and Leinster League Division 1A winners Enniscorthy taking the spoils.

Played in Wexford Wanderers, the winners didn’t have it all their own way but were full value for their win as they keep their monumental season going.

The opening 10 minutes failed to yield any points but when the first score of the game did arrive, it was worth waiting for.

As Gorey approached the Enniscorthy line, they knocked forward and instead of being happy with a scrum to relieve the pressure, Enniscorthy sprayed the ball wide inside their own five metre line. It got out to full back Richard Dunne who exploded up the field and ran the full length to touch down for the first try of the game on the 11th minute.

Ivan Poole added the extras and the favourites were into a 7-0 lead. Poole was having a big say in the game in the number 10 shirt and after 16 minutes, he clipped over a penalty to extend their lead.

Enniscorthy were becoming more dominant and had a few good chances for try number two and just when it looked like there wouldn’t be any more scores in the half, Poole finished off a skip move in the backline by touching down close to the corner.

The conversion was missed but they went into half time 15-0 and leaving Gorey with an even bigger mountain to climb.

Gorey came out determined to mount a fight back and they had the better of the exchanges early in the second half. However, they couldn’t break through the resolute Enniscorthy defence.

A dispossession in midfield led to Enniscorthy’s third try as after the ball found its way to Dunne, he put the inform winger Ivan Jacob away to make it 20-0.

Killian Lett went on to miss a penalty while Gorey’s endeavour was rewarded with a try of their own to get them off the mark.

That was all they were able to muster though and Enniscorthy now move on to the final to take on either Wicklow (repeat of 2016 final) or Longford.

While they took their chances extremely well, they also showed their defensive strengths and they look well equipped to have a big month or so ahead.

View the gallery of images from the game.