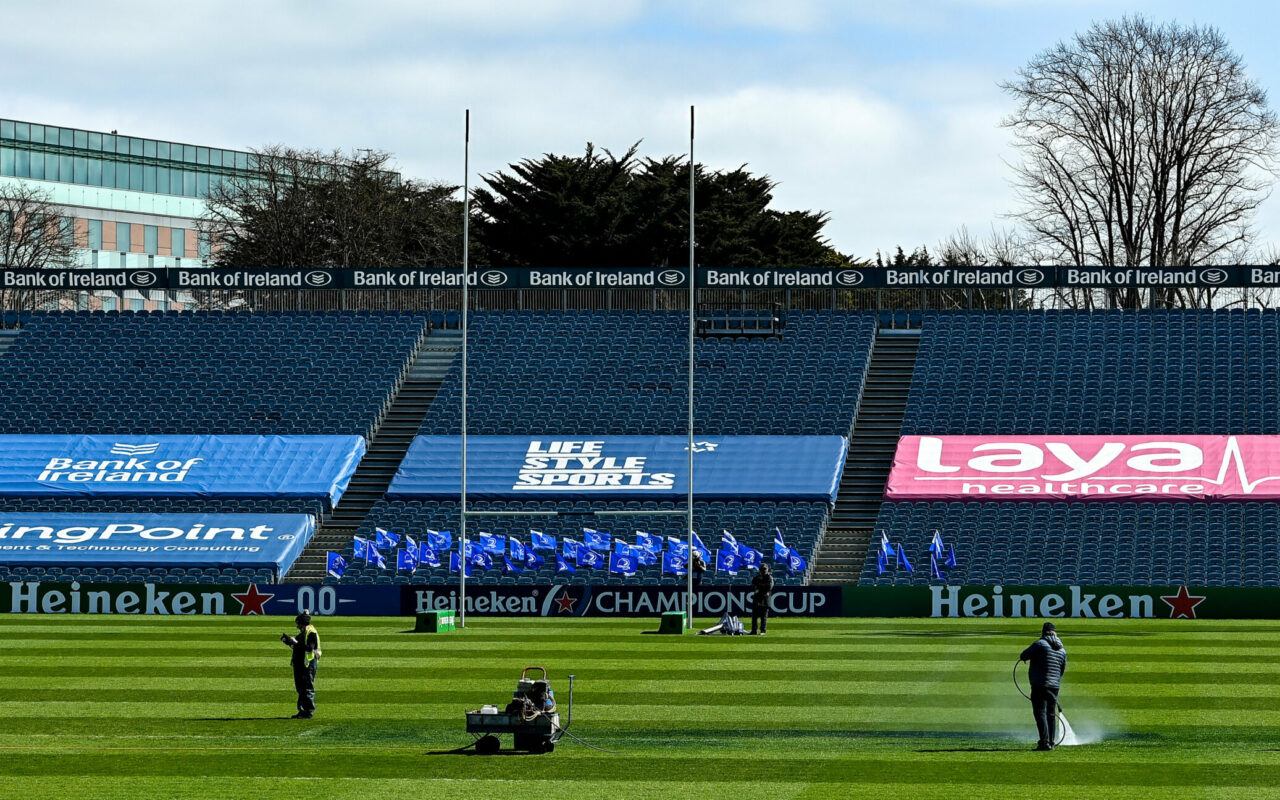 This evening’s Heineken Champions Cup game between RC Toulon and Leinster Rugby due to take place at the RDS Arena has been cancelled.

The last-16 game was due to kick-off at 5.30pm but was cancelled shortly after midday by European Professional Club Rugby (EPCR) and they have issued the following statement:

“Following a meeting by video conference of a Match Day Medical Risk Assessment Committee comprising medical leads from the unions, league bodies and both clubs, with input from the public health authorities in Ireland, it has been decided to cancel the Heineken Champions Cup, Round of 16 match between Leinster Rugby and RC Toulon which was scheduled for this evening at the RDS Arena.

“The Committee, which received independent medical advice from Dr Brendan Payne (England) and Dr Daniel Koch (Switzerland), was informed that an RC Toulon player, who did not travel to Ireland, had tested positive for COVID-19 as part of the club’s routine testing.

“Although the RC Toulon players and staff who had travelled undertook an additional round of PCR testing in Dublin yesterday (Thursday 1 April) which revealed no positive results, the Committee concluded that there were a number of high-risk contacts with the player who had tested positive and deemed the match unsafe to play with the participation of those identified contacts.

“Having been notified of that position, RC Toulon informed EPCR that they could not select a match day squad to safely fulfil the fixture.

“Having explored all possible alternative arrangements to facilitate the staging of the fixture, it was decided that the match could not be played safely given both the current public health guidelines in Ireland and EPCR’s COVID-19 protocol.

“A Match Result Resolution Committee will be convened as soon as practicable to determine the outcome of the fixture.”