Experience and Game Time The Focus For Furlong 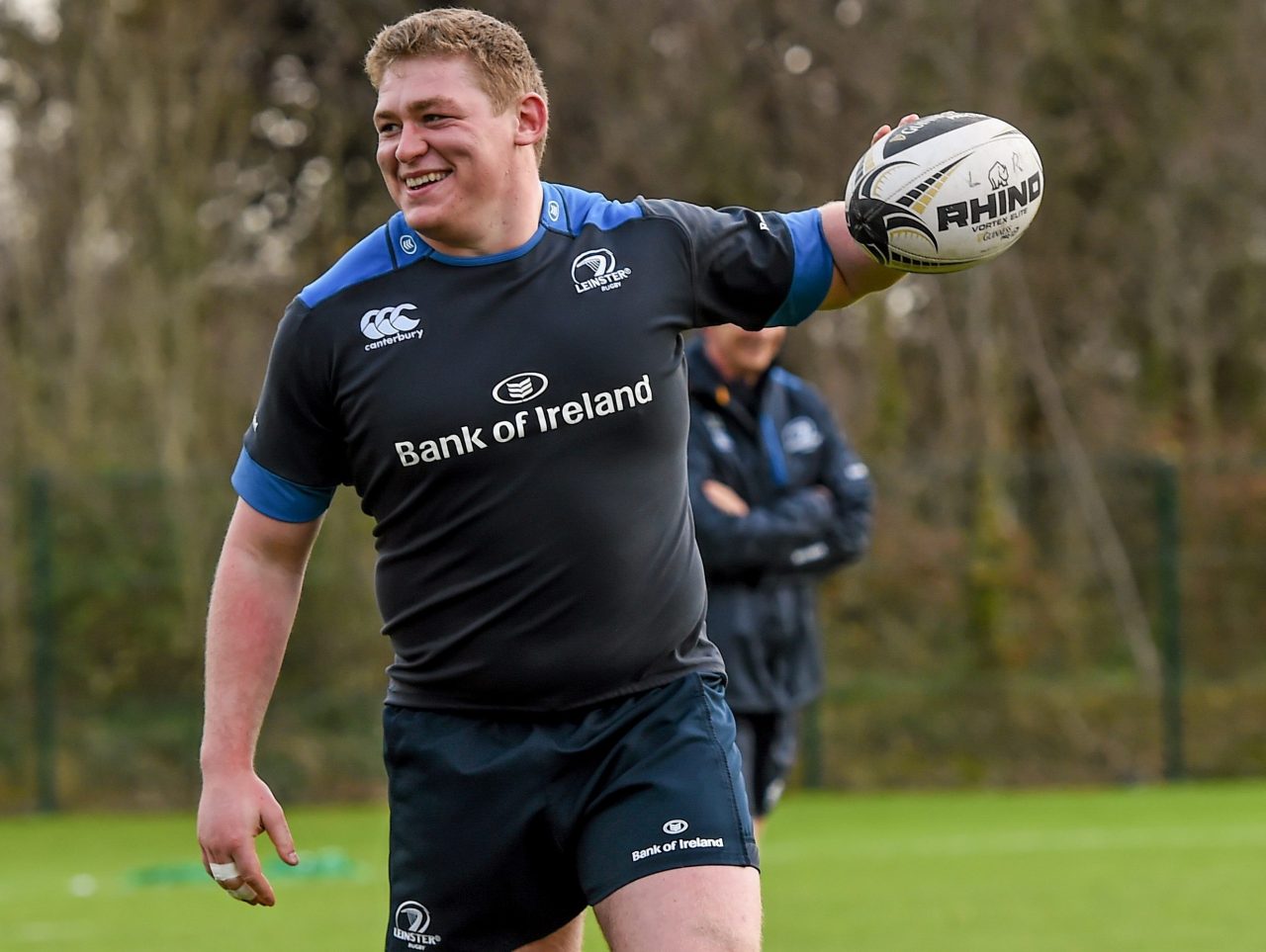 After making his senior debut last season, Tadhg Furlong has gone on to feature in 19 out of Leinster’s 21 fixtures so far in the current campaign.

The young prop also bagged his first Leinster try in the home win over Scarlets at the start of September and then scored in back-to-back games away to Cardiff Blues and at home to Castres last month. Not a bad strike rate.

The effort against Castres is a particular stand out – his first in European competition.

“(Tries) don’t come around too often so you might as well have the craic with it when it does happen. I was delighted to score. Straussy (Richardt Strauss) gave it to me on a plate and I just had to trot on over.” 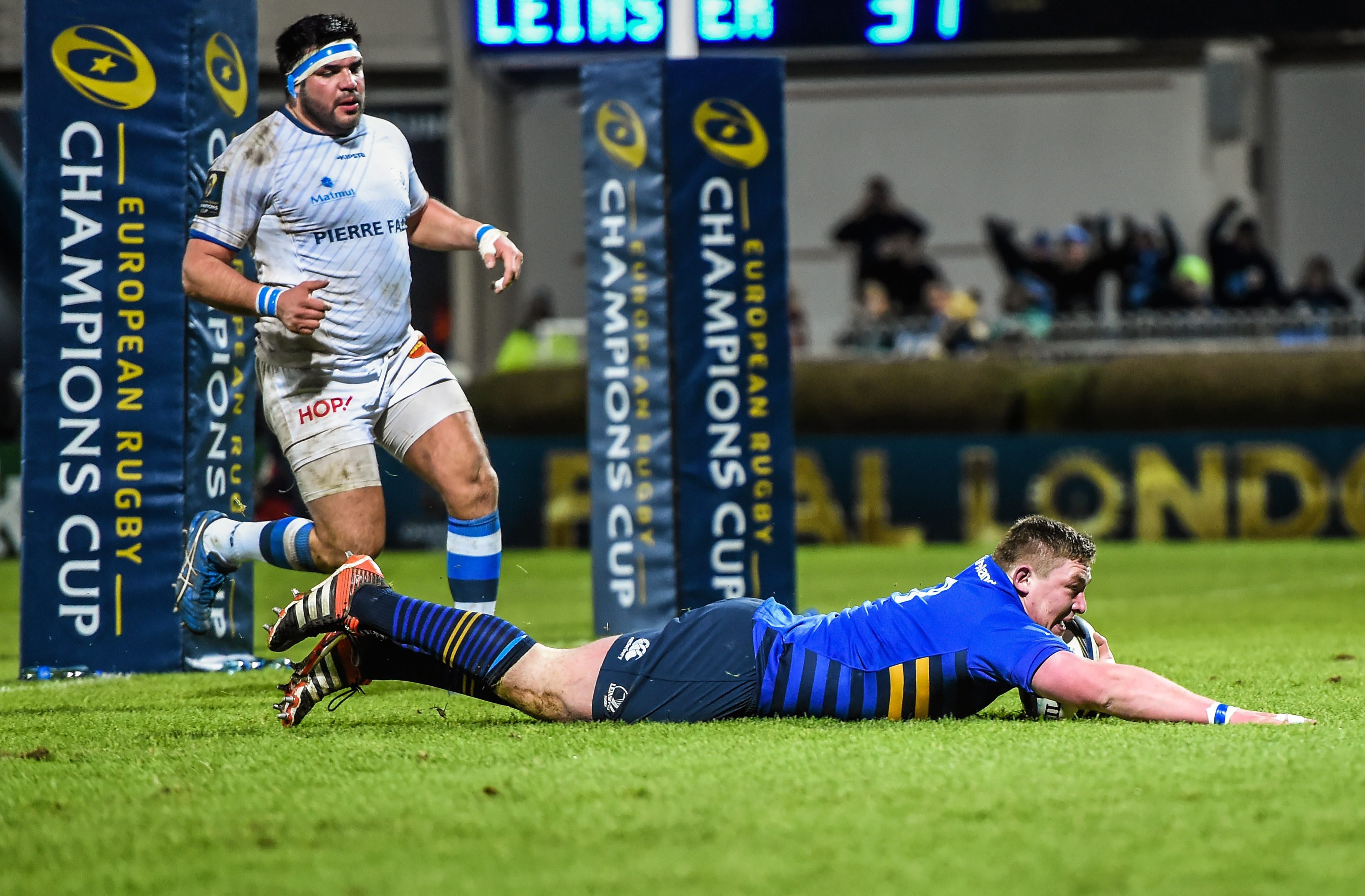 Furlong was involved in five of Leinster’s six Champions Cup pool matches, appearing off the bench in the final two crucial games at home to Castres and away to Wasps. A lot of pressure for a player in his first season out of the Leinster Academy, but a challenge he felt more than ready to take on.

“I think I was pretty confident in my form at the time anyway. I was happy, obviously, to get the shout to go on the bench. The Champions Cup was a really good experience as well playing at that level. The pressure was on those two games as well so it was really good to get that experience.

“I’m really happy to continue getting game time. With the internationals away now I’ll probably get a few more chances to get a few starts. I’m really looking forward to putting some really good minutes under my belt.” 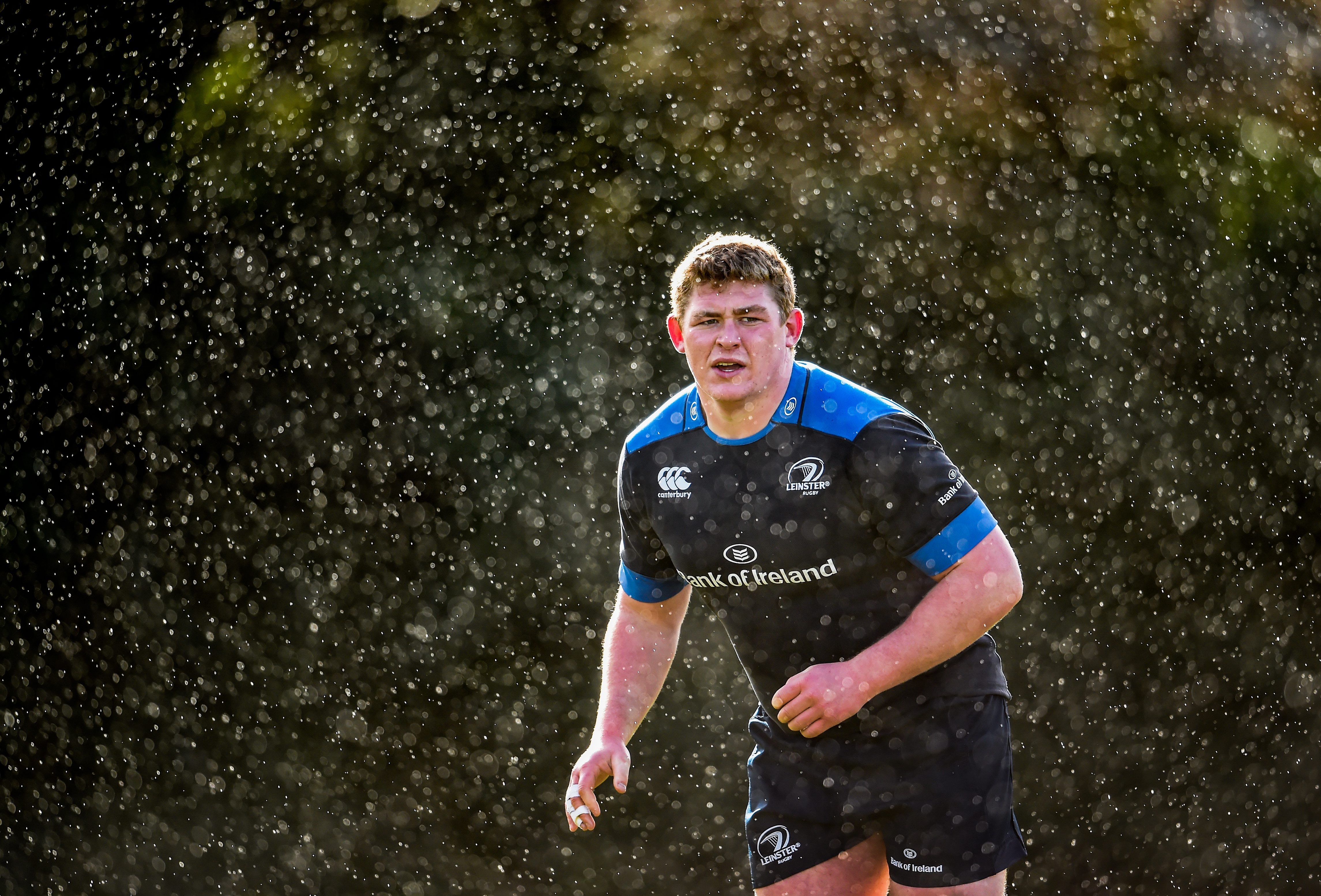 With those players away on Ireland duty, the Guinness PRO12 campaign enters a crucial phase. Last season during the 6 Nations Leinster picked up 19 points out of a possible 20, with some late tries at home to Dragons and away to Zebre nabbing vital bonus points.

A rare RDS defeat to Dragons ended any chance of replicating last season’s points tally during the 6 Nations, but last Friday’s win over Zebre has restored some momentum and confidence.

“We were disappointed how the Dragons game went, so in the Zebre game we probably went out to right a few wrongs. We’re still disappointed with the first half performance but then coming into the second half to get four tries, and especially the last 10 minutes to get two when it really mattered. To get the five points was very satisfying for us.”

Leinster take on Ospreys this Friday in the Guinness PRO12 in the Liberty Stadium. Click here for travel info.

Leinster’s next home game is against Glasgow Warriors on 27th March. Click here for tickets.