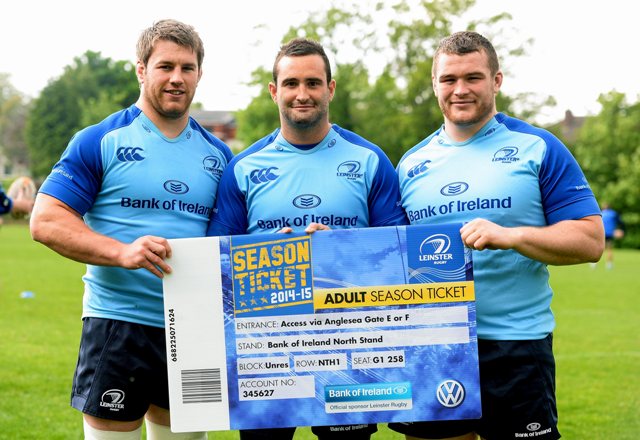 The extended Early Bird offer for 2014/15 Season Tickets ends in one week!

Two weeks ago, the Early Bird offer for 2014/15 Season tickets was extended until 1st July to give supporters an extra opportunity to guarantee their ticket for next season’s home Champions Cup and PRO12 fixtures.

There is just one week to go until the extended Early Bird window closes, so click here now to purchase your 2014/15 Leinster Season Ticket to avail of the offer before it ends.

Season Ticket holders also receive priority purchase for any potential knockout games in both the Champions Cup and PRO12, as well as the British & Irish Cup. Click here to see the full pool stage draw for the first ever European Rugby Champions Cup.

Click here to see how much you can save by purchasing your Season Ticket before the end of the Early Bird window.