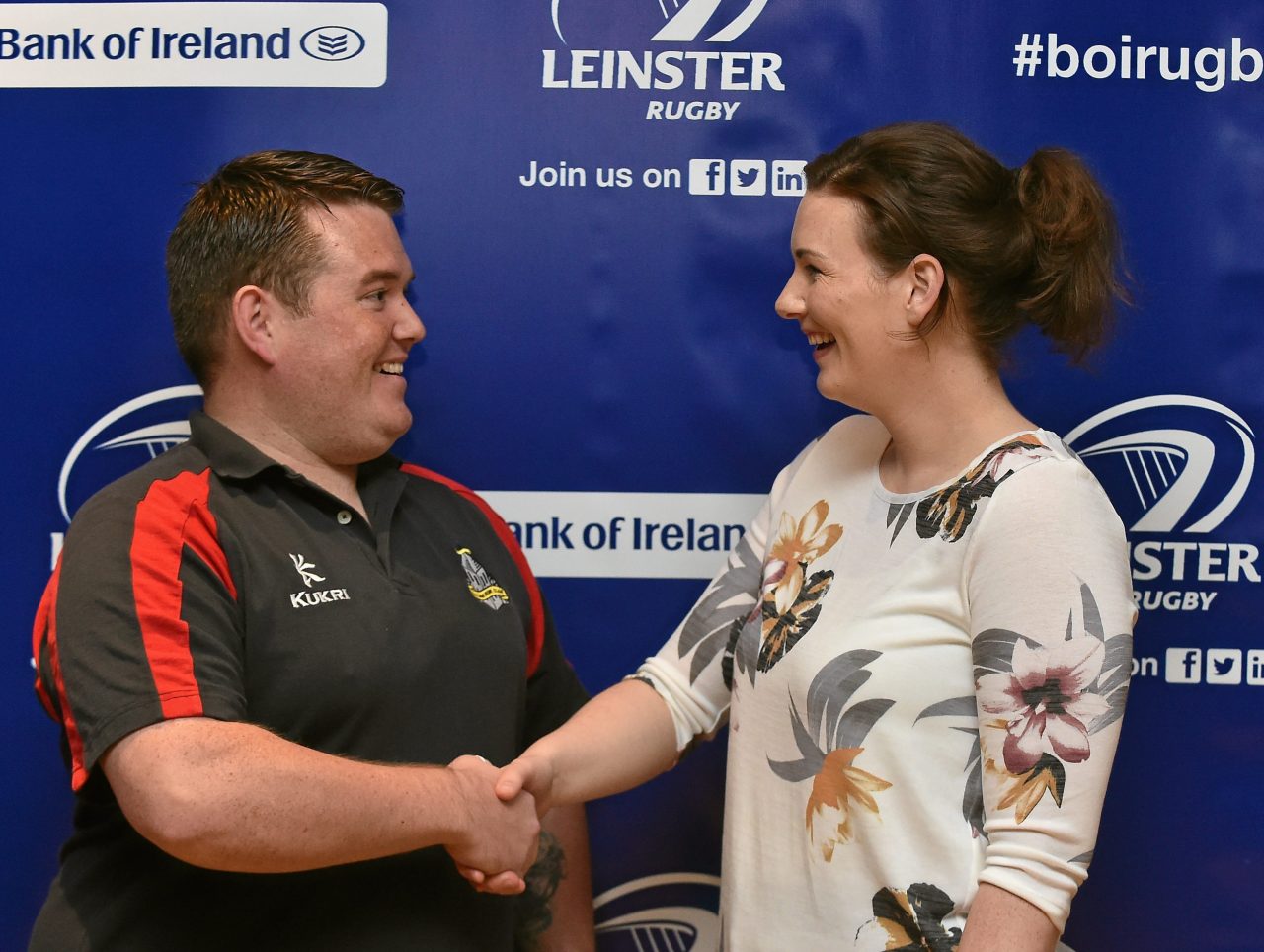 At the recent Marketing Seminar for clubs Tallaght’s Colin McKeown was announced as the October winner of the PRO of the Month competition.

Tallaght RFC has really started to grow with momentum recently and this is in no small part down to the work of McKeown. The club has a very strong committee in place this season and they have appointed Colin as PRO in the knowledge that he will bring his professional skills to the role and develop a PR strategy that will help the club to achieve their goals.

As a developing club, recruitment is Tallaght’s main aim this season and Colin has used Facebook, Twitter and the club’s website (which he developed himself) to increase interest within their community. They added substance to their online presence with face to face recruitment in The Square and at Tallaght Fest. This is already proving to be a success as the numbers of kids taking up rugby in Tallaght continues to increase meaning that they are now fielding new minis and youths teams as well as their men’s and women’s teams.

Like many club’s Tallaght have been taking advantage of the popularity of the Rugby World Cup to achieve new interest in their social media. Colin has kept their followers updated on news and scores across all of their channels but the one that probably stands out most is a tweet that includes a TV clip showing Irish fans holding the now iconic “Rugby is not D4 – its D24 – Tallaght Rugby” flag! They also posted a really well put together video on their Facebook page which includes chats with locals and club players talking about their World Cup memories and predictions.

Unfortunately Colin was recently made redundant but this has meant that his skills as a web developer, graphic designer and printer have been focused on the club’s PR strategy while he looks for a new professional challenge. Surely it won’t be long before someone as creative and self-motivated as Colin is snapped up!

Everyone in Leinster Rugby would like to congratulate Colin and Tallaght RFC on this award and we hope that his award presentation night is one to remember.

Like all monthly winners, Colin will be our guest of honour at a home match where he will be seated in the committee box, meet players and be presented with a whole host of goodies from our sponsors including Wolf Blass wine and a voucher to spend in LifeStyle Sports. Well done Colin!