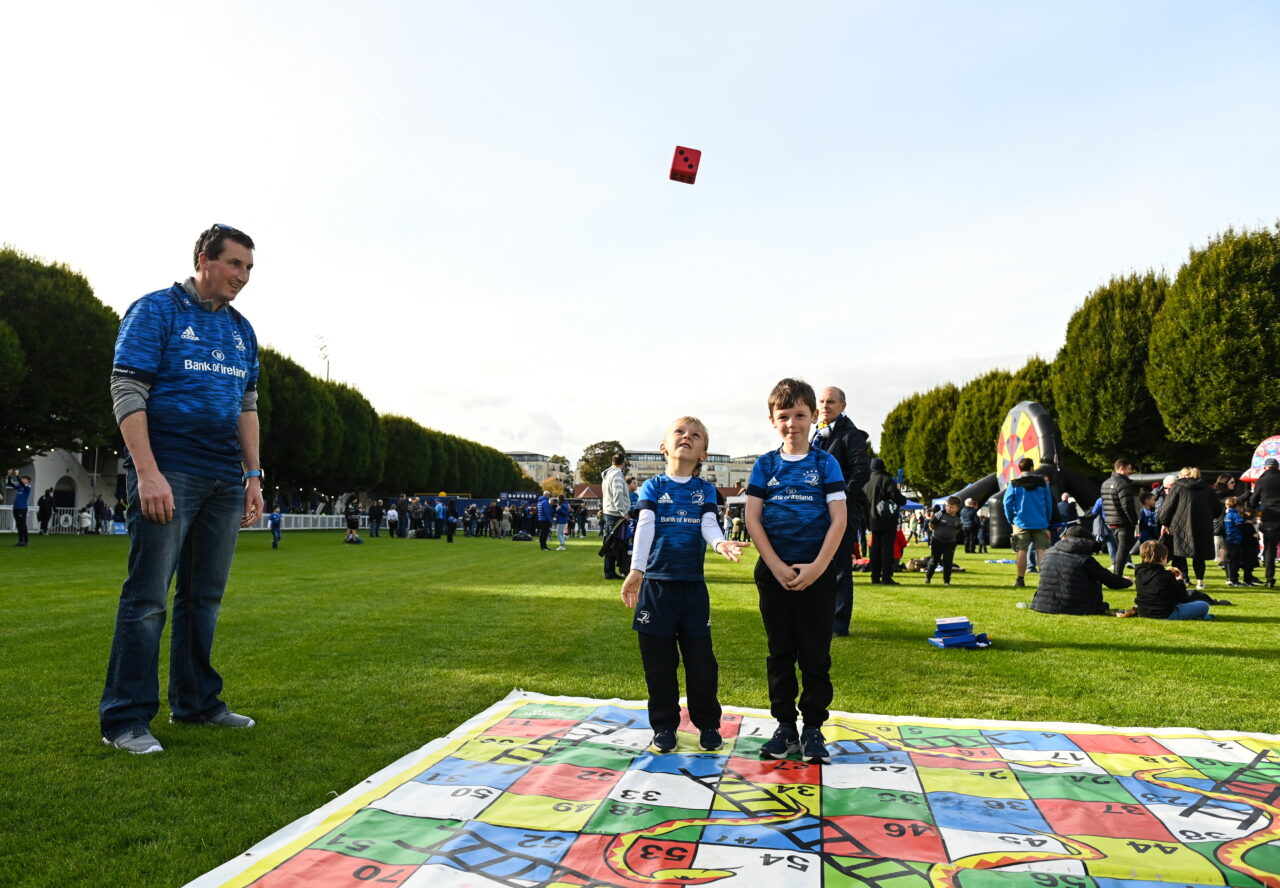 With player appearances, a family fun zone and lots of live music in the Guinness Fanzone, there is something for everyone at the RDS this Saturday.

Leinster Rugby face Cardiff Rugby at 5:05pm on Saturday and you can get your tickets here.

Gates will open from 3pm, so get in early and enjoy the fun. Here is what you can look forward to. 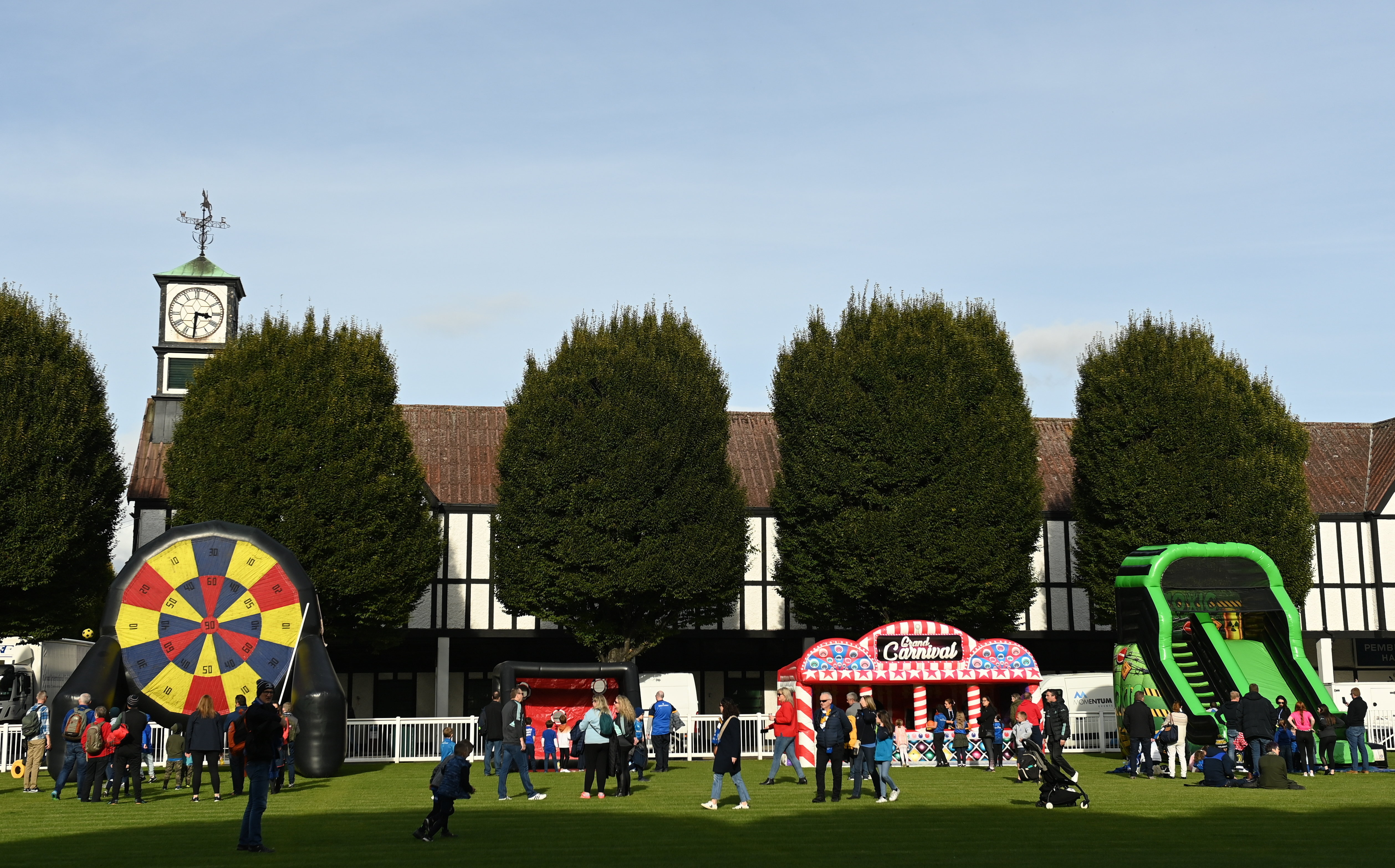 The Bank of Ireland Family Fun Zone will be located behind the Anglesea Stand and will feature a number of games and activities.

There will be a full range of inflatables for children including bouncing castle, rugby toss, rugby velcro darts and more. There will also be a range of mega board games.

Leinster Rugby coaches will be hosting a skill challenge, testing the ball accuracy of supporters. 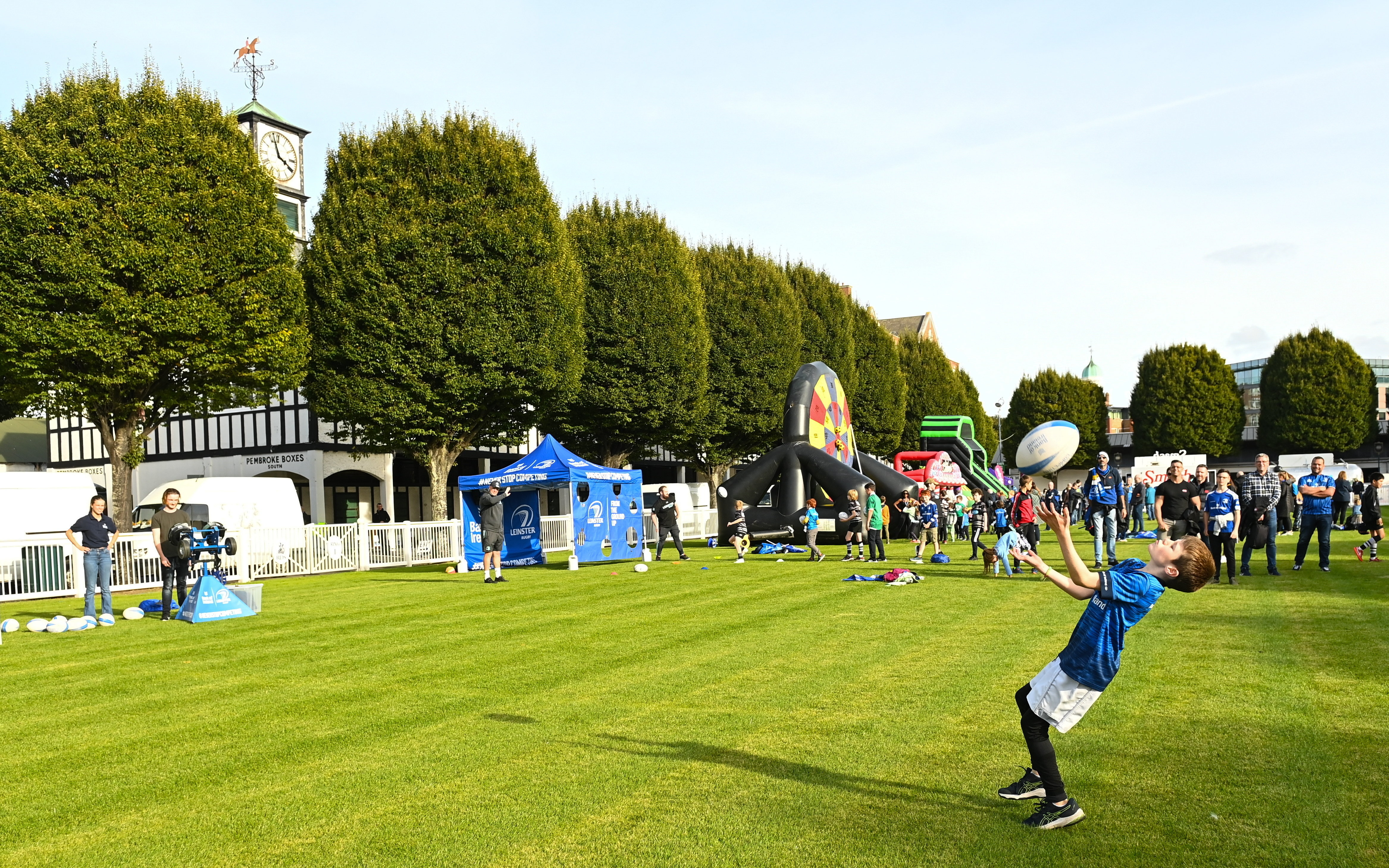 Bank of Ireland’s The Catch offers supporters the chance to test their inner Hugo Keenan, Jimmy O’Brien or Jordan Larmour and see how they get on under a high ball. 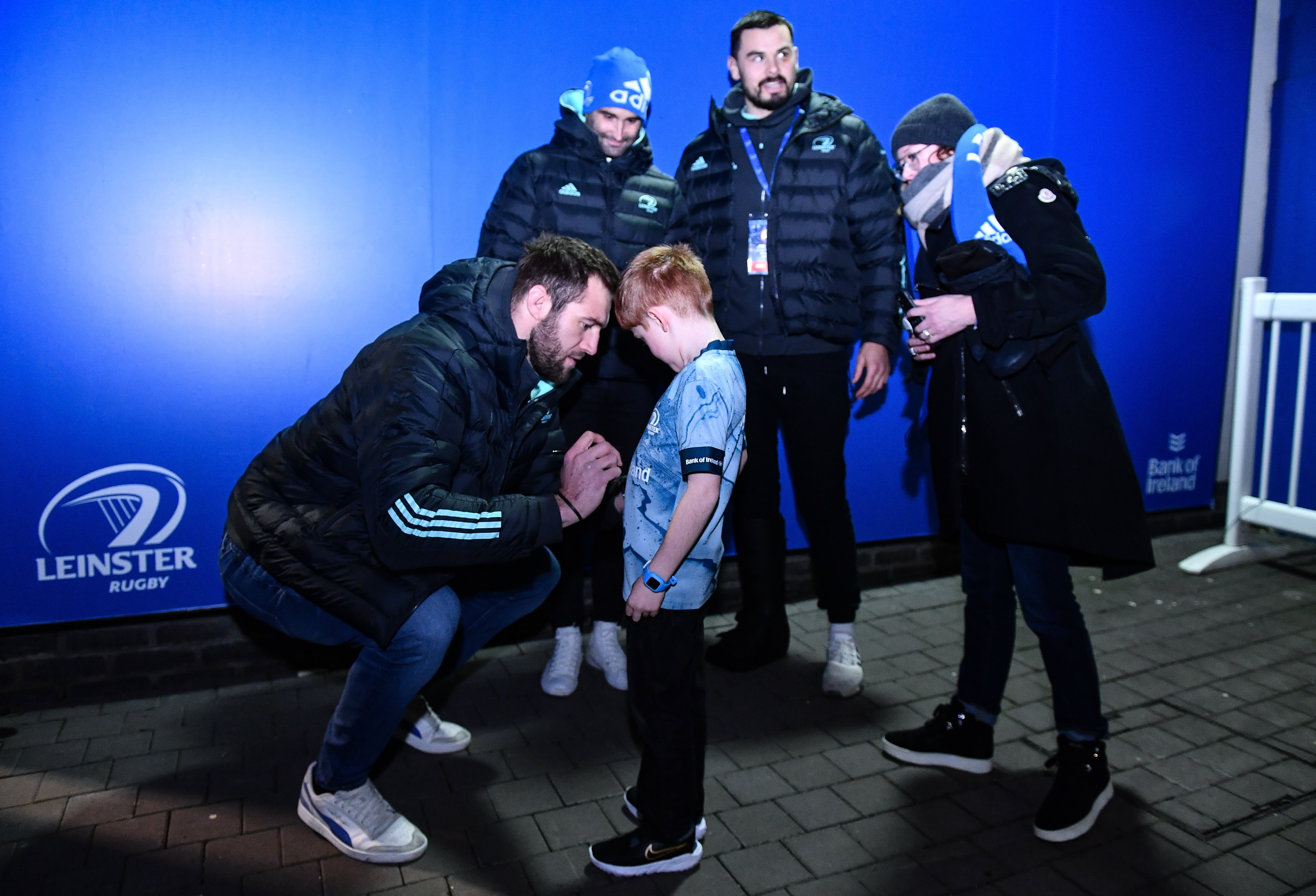 Autograph Alley is located behind the Angelsea Stand and gives supporters a chance to get a selfie and say hello to a number of Leinster Rugby players.

This season, Johnny Sexton, Max Deegan, Dave Kearney, Jason Jenkins and Rhys Ruddock have appeared at the Alley. Make sure to come by and bring something to get signed!

There will be lots happening in the Guinness Fan Zone before and after the game on Saturday.

A Q&A with some of the Leinster Rugby squad will take place before kick-off. Come and hear the players give their thoughts on the game ahead.

The Fan Zone will reopen on the full time whistle and we will have a Leinster Rugby player and coach in to chat us through the game.

We will also have live music after the game from The Ramblers, featuring the Henshaw family. 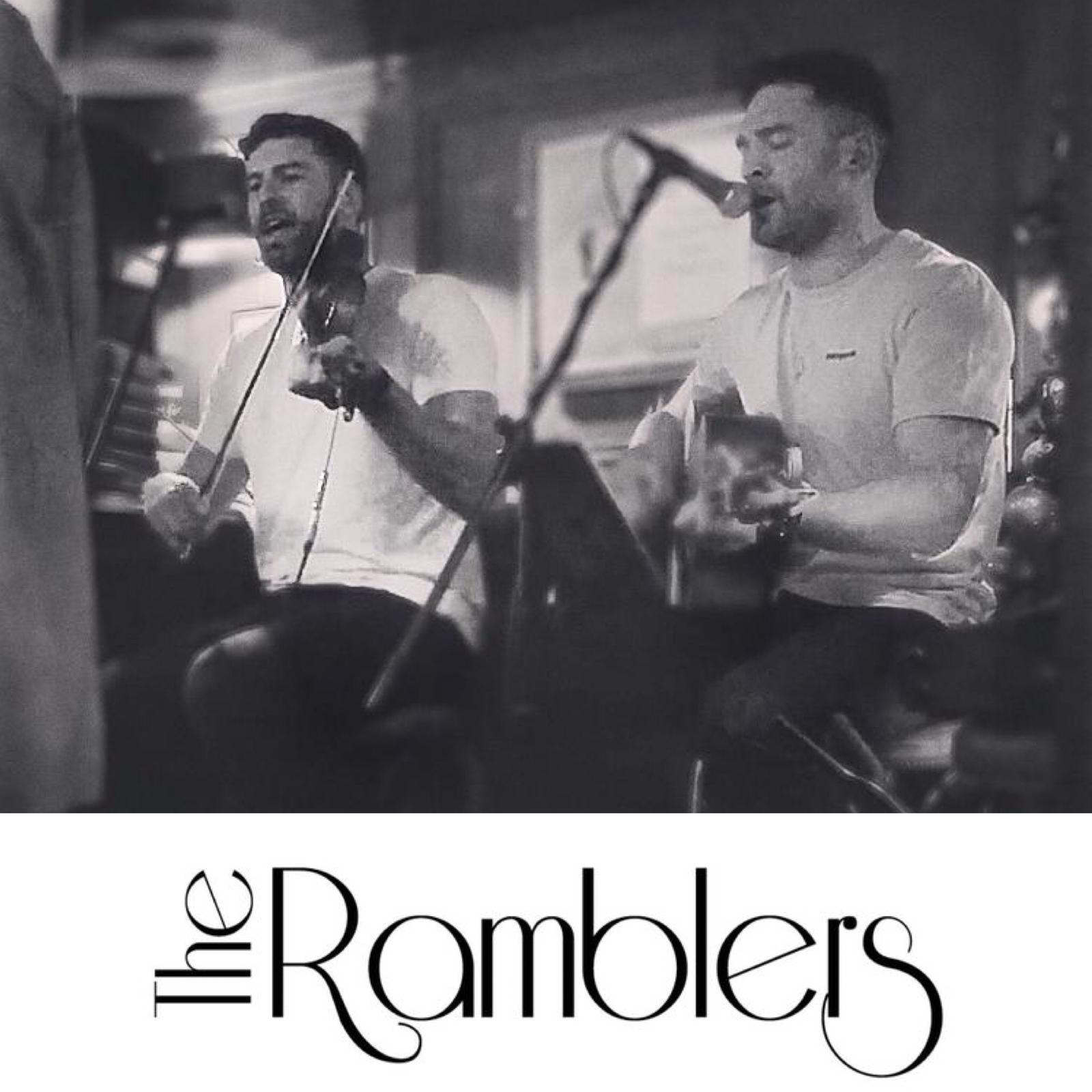 The other URC games will be live on the big screens in the Guinness Fan Zone.

The RDS is the place to be this Saturday!