Family is at the Heart of Portarlington RFC 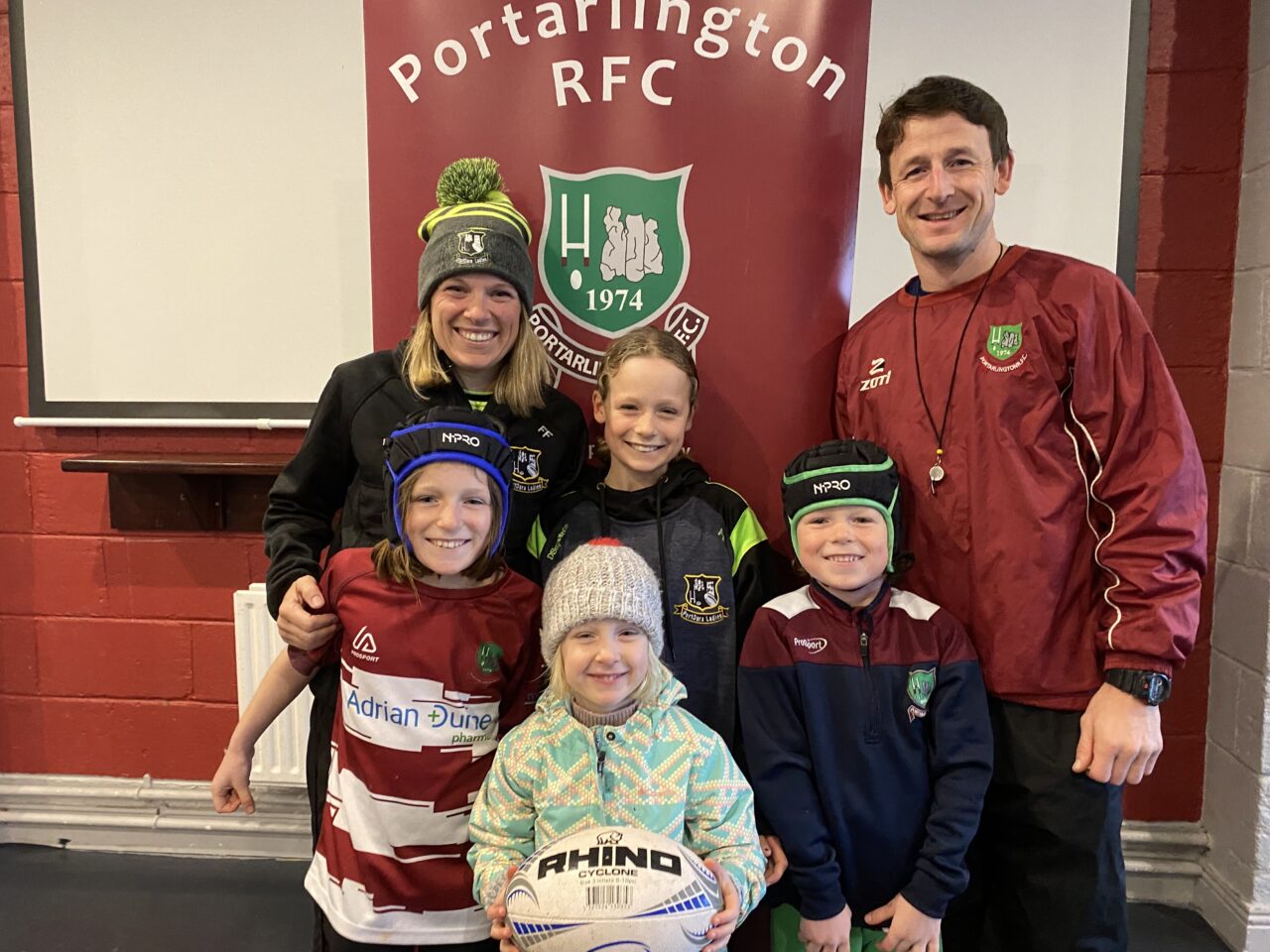 Portarlington Rugby Club, who won the 2021/22 Bank of Ireland Leinster Rugby Junior Club of the Year Award, is a club at the centre of its community and right at the centre of the club are the families who see the club as their home away from home.

One such family is the Fitzpatrick family and Leinster Rugby have caught up with them to find out more about how they became involved with this vibrant club and what part it plays in their family life.

Bobby Fitzpatrick is a native of Portarlington and played with some great youth teams at the club during the 1990s. When he returned from college he also played with the club’s senior team and says that the highlight of that time was a tour to Barcelona.

“It was an unbelievable experience and really strengthened the bonds in the squad. I have some incredible memories of that tour and enjoyed every minute both on and off the field.”

Bobby then moved to the US in 2009 with his wife Francie where he joined Seattle Rugby Club. He had the opportunity to play both 7s and 15s and competed in the Canadian BC League and the US National Championships.

“I was lucky to have great teammates and coaches including former Ireland and Ulster prop Justin Fitzpatrick and the King of 7s Waisale Serevi. In fact, myself and Justin were both in hospital one weekend and welcomed new babies into the world but we still made it to match the next morning and thankfully we won!”

Francie is Seattle born and bred but she travelled to Edinburgh for her third year of college and it was there that she met Bobby. She returned home after that year and graduated in 2005 but Bobby’s charm was strong enough to lure her to Ireland and when she moved over, she played with one of Portarlington’s first senior women’s teams in 2007/08.

When she returned to the US with Bobby in 2009, she wasn’t able to continue playing as she was busy with four young kids but when they all made the move to Ireland in 2018, Francie hoped to play again. The following year she joined the PortDara women’s team and she continues to be an important member of the team.

When Francie and Bobby brought their kids out to join the club’s minis teams they were immediately encouraged to get involved with coaching and they both agreed straight away. The club had only started to develop girls minis teams at U8s, 10s and 12s and so their experience was a huge addition to the coaching group.

This season Francie has taken on the role of Director of Rugby for PortDara (an amalgamation of Portarlington RFC and Cill Dara RFC for girls youths and women’s rugby). 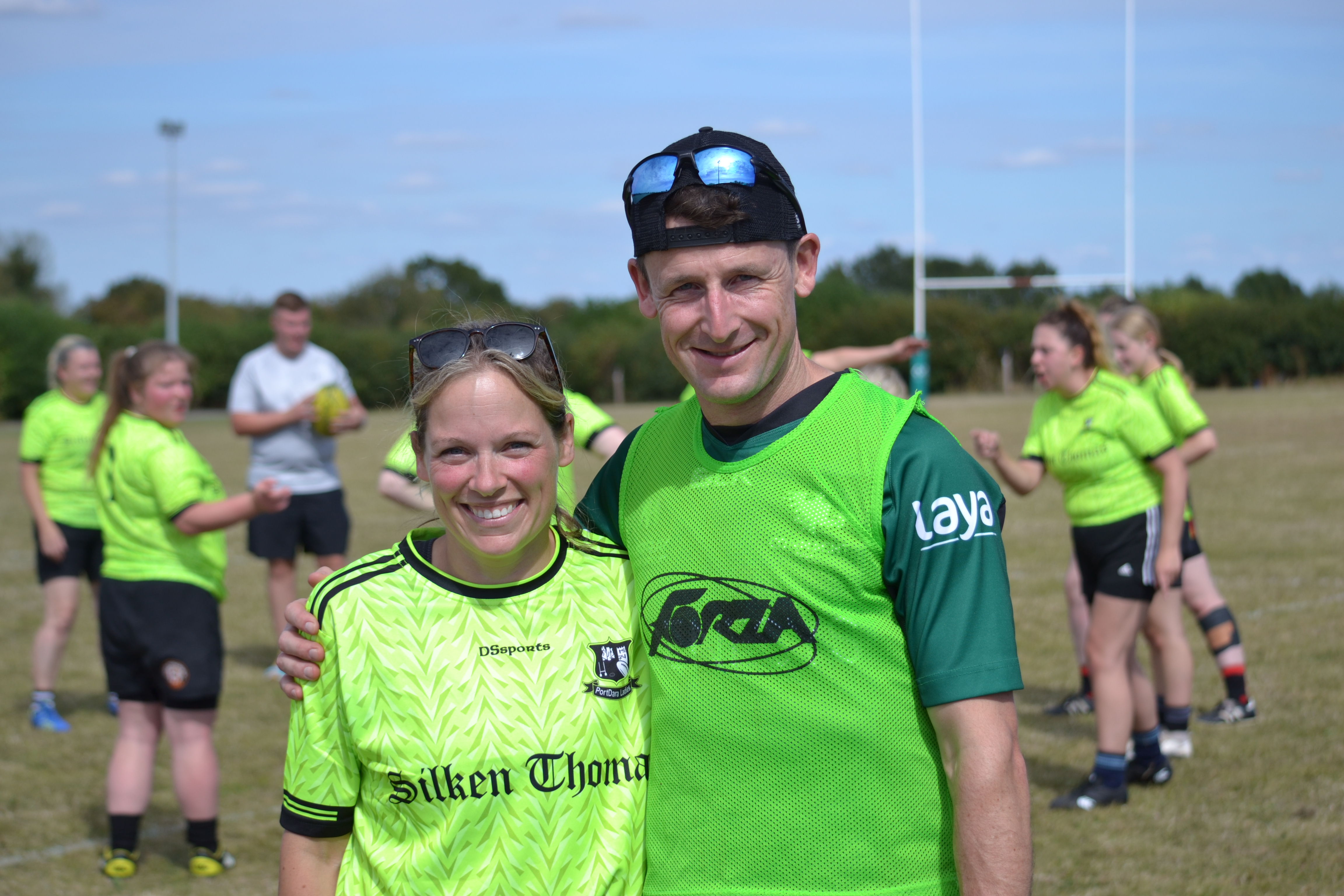 Herself and Bobby both still coach Portarlington’s minis girls and Francie is part of the club’s minis management team which is tasked with continuing the development of minis coaches, working with the club’s CCRO Páidí Mahon to recruit new players and to come up with new innovative ideas so make the minis experience as inclusive and as much fun as possible while developing core skills of both the boys and girls.

In fact, the management team have organised a club trip to watch their U-12s boys playing in the half time exhibition match this evening and over 350 players and parents have travelled to be with us tonight! That really is a sign of a vibrant club with families at the heart of everything that they do.

Francie is very positive about the role that she can play in developing rugby for girls and women in the club.

“I’m thrilled to be Director of Rugby this season and have already got to know some great people at both clubs. We expanded the PortDara Committee this year with people taking on specific roles, which is really helping us set the foundation for a great season ahead. It’s great to be part of a group where we’re working towards the same goal – fun, competitive rugby for girls and women in our community.”

Francie and Bobby recently ran an invitational 10s tournament for senior women’s teams. The day was a huge success with clubs from all over Leinster travelling to Portarlington for the event. And it was a real family affair with Francie both playing and coordinating while Bobby managed things pitch side and their kids Keeley (11), Corina (9), Gavin (7) and Aoife (5) ran the tuck shop, updated the scoreboard and helped with the BBQ.

Days like that and families like the Fitzpatrick family are the reason that people are drawn to our clubs. Their commitment to volunteering and to finding new ways to encourage more and more people to get involved and experience the joys of being part of a club and a team means that the future of their club is in good hands.

Well done Bobby and Francie. Everyone at Leinster Rugby applauds you for your hard work.