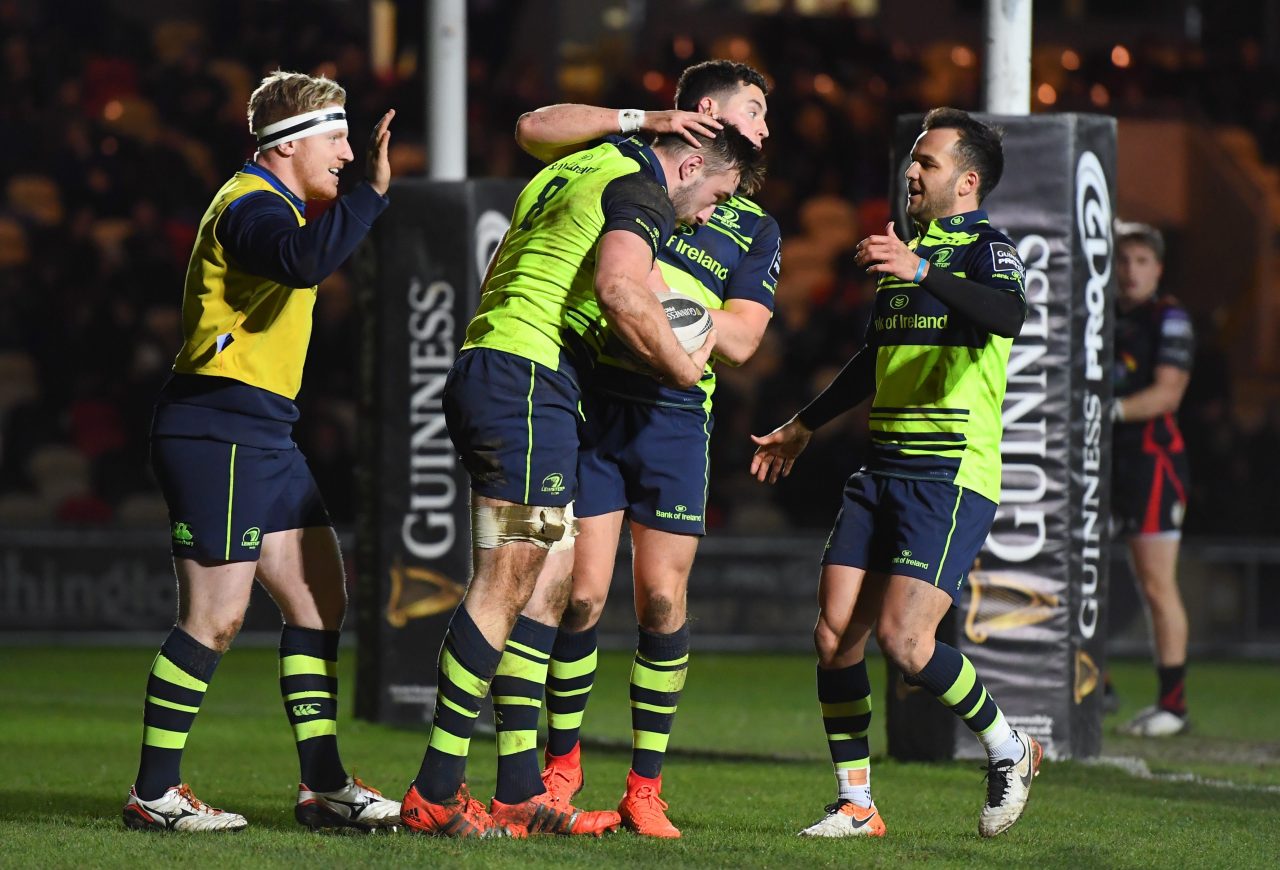 Before we reveal this month’s big winner, let’s see how accurate your Leinster FanScore predictions were on Friday night.

No one was able to predict a correct full-time score, though 96.4% of you did correctly predict that Leinster would come out on top.

There was a strong result here with 17.7% of players correctly guessing the time of the first points scored – Dorian Jones giving Dragons a 3-0 lead with six minutes played.

Perhaps unsurprisingly, there were no correct predictions for total tries (11).

A high-scoring encounter saw Leinster run in eight tries, with Dragons scoring three of their own.

Our recent visits to Rodney Parade may have led to some conservative guessing, but if recent results are anything to go by Leinster games are nothing if not eventful…

Jack Conan’s try on 10 minutes against Scarlets will have made 15% of players especially happy.

The Wicklow man scored the game’s first try, followed by his second 13 minutes later, which probably influenced the next portion of this post…

Conan took a whopping 63% of the vote, which is indicative of his stellar form of late.

The lack of live coverage for the game may have also effected matters, with Joey Carbery taking 17% of the vote, and several others finishing up on 2% or 1%.

There were three fans tied with 400 points on Friday evening – a very impressive score.

They have each won two tickets for this Saturday’s game against Scarlets at the RDS Arena.

But this month’s big prize goes to…

Colm, with an impressive 955 points from three fixtures in February, has won himself two tickets to a Leinster Rugby home match of his choosing, plus two free places in the Blue Room at that game!

If you would like to try your hand at Leinster FanScore download the app today. It’s free to play: