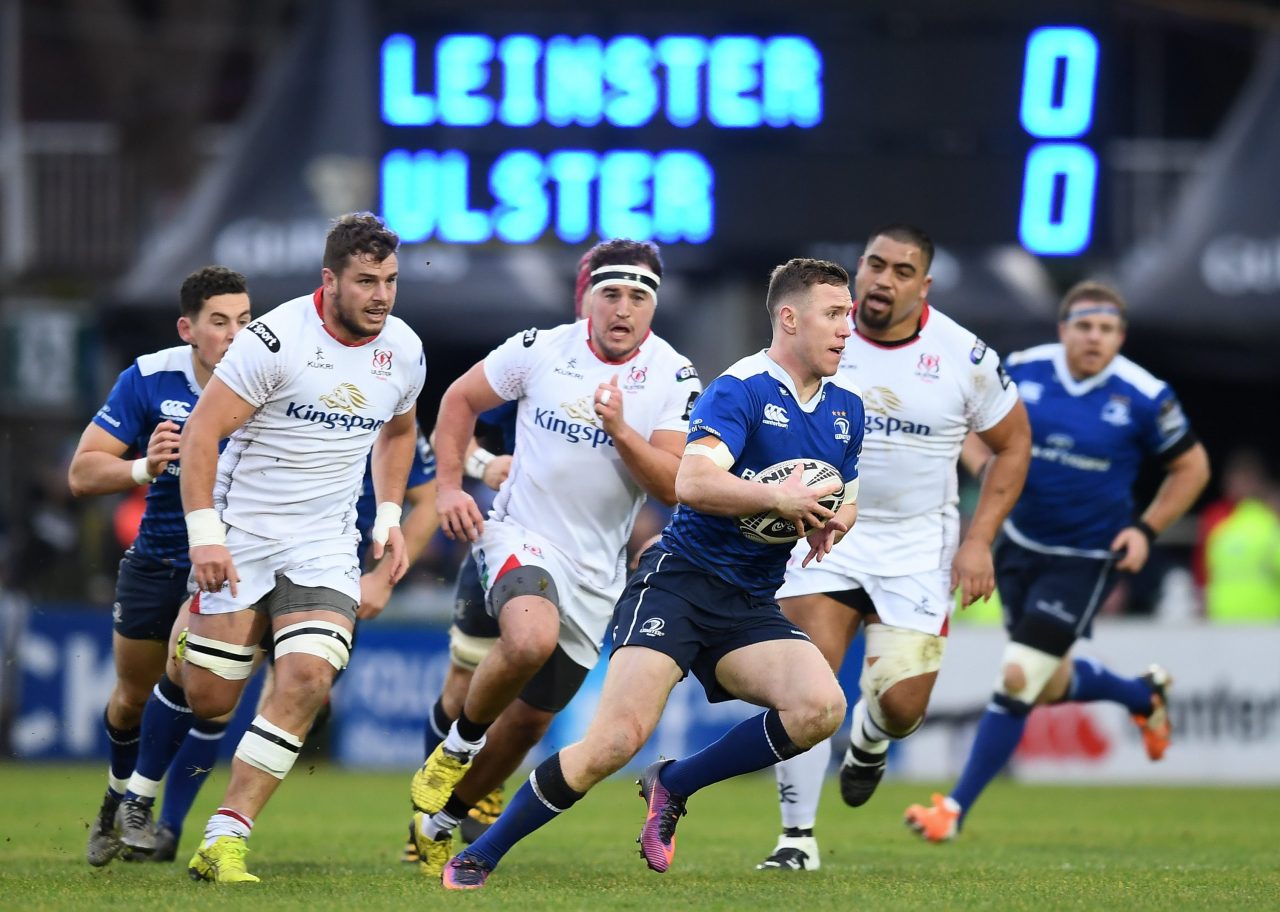 Before we dig into the stats from the last game, a quick reminder to download Leinster FanScore and play along with the rest of us if you haven’t already. It’s free, you can create your own private leagues, and you can win match tickets every week!

If you still need convincing, here are the prizes to be won:

Weekly winner: Two tickets to our next home game

Correct full-time score: Two tickets to a match of your choosing

Monthly winner: Two tickets to a match of your choosing plus free entry (x2) to the Blue Room, Leinster Rugby’s exclusive hospitality facility

Congratulations to every single player that took part for the Leinster v Ulster game – each one of you predicted a Leinster win.

Unfortunately, no one has predicted a correct full-time score yet…

Only 18.6% of players predicted that there would be four tries in the game, so if you called it right give yourself a pat on the back.

If you correctly guessed the time of the game’s first points you did better again with only 15.5% of players getting that one right.

The real kudos goes to the 4% – four percent! – that went for Rory O’Loughlin as first try scorer. Despite the former St Michael’s man’s sparkling form of late 96% of predictions went elsewhere…

It all worked out in the end though as O’Loughlin was your overwhelming choice as #LeinsterFanScore Man of the Match with 55% of the vote.

O’Loughlin scored two of our three tries, made 84 metres off six carries, and won a turnover.

It was a close battle in the top 10 for last month, but Mixo10 came out on top with a whopping 1,200 points. He/she is our Leinster FanScore winner for December, nabbing two tickets for Leinster v Montpellier as well as two free spots in the Blue Room.

Here’s how the top 10 finished up for December:

If you missed out on top spot last month, never fear! The league table resets for January and we start all over again to see who can top the table this month.

Your next chance to play is this Friday when Leinster face Zebre at the RDS Arena. Make sure you download and make your predictions in all the categories before kick-off, and place your vote for Man of the Match for a handy 10 points. Let’s see if someone can knock Mixo10 off their perch…