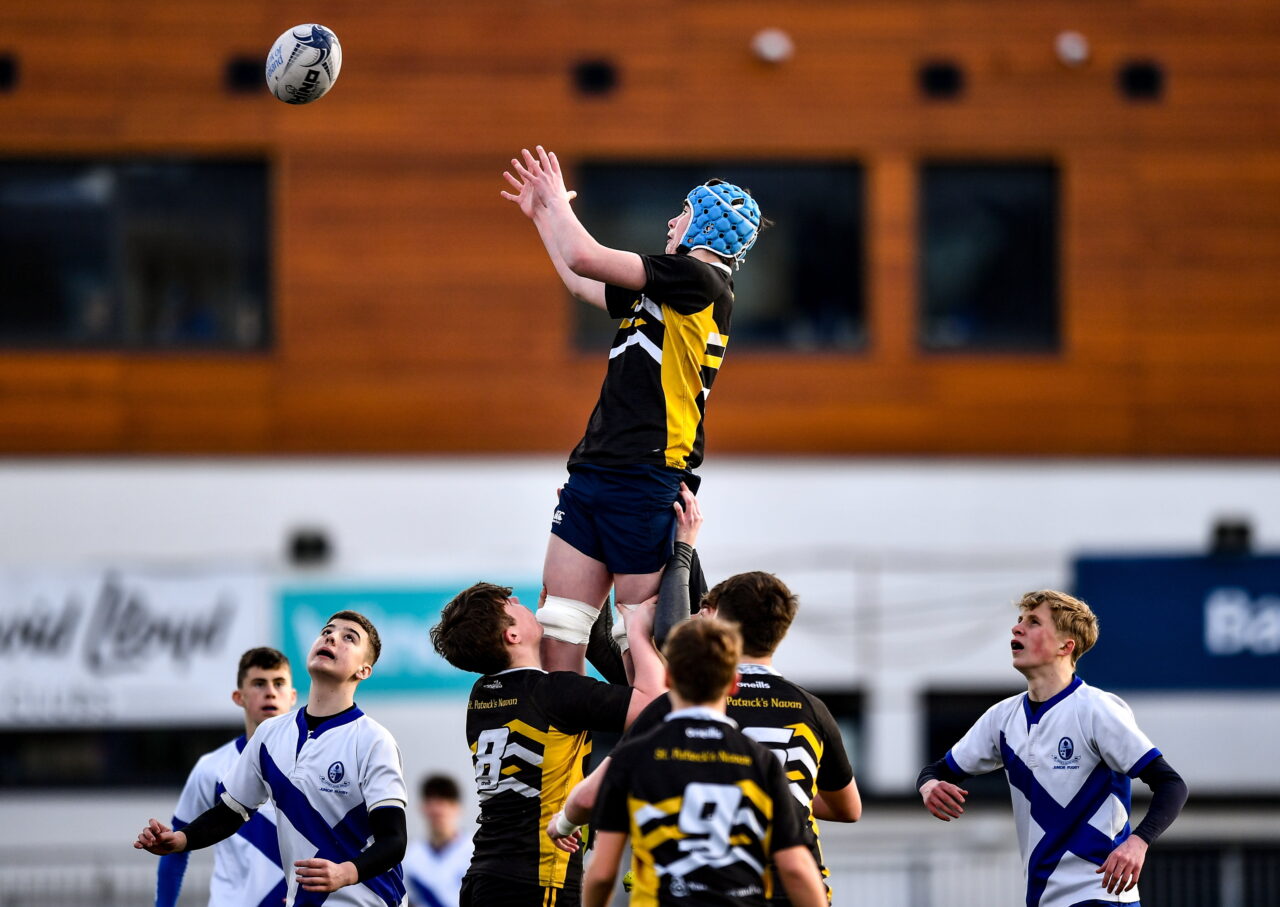 The semi-finalists are now known for the Bank of Ireland Leinster Rugby Father Godfrey Cup after this week’s second round action.

CBC Monkstown Park were made to work for their place in the semi-finals at Energia Park.

Captain Cian O’Donnell, excellent throughout, got the ball rolling with a try in the fifth minute.

This was quickly followed by a second from Conor Broderick, the out-half also converting for 12-0 in the 11th minute.

The CBS were forced into a corner from which it could not quite get out of, despite the best efforts of out-half Cian McKevitt and his hard carrying centres Jack Osborne and Darragh Culligan.

Hooker Harry Dunne was another to graft all the way without any tangible reward, while second row Max Rosen made an impact in the physical skirmishes.

However, Monkstown had the knack for finishing off their approach play, lock Matthew Shaw, wing Liam O’Reilly and centre Charlie Cave, in the last minute, completed the five-try haul. 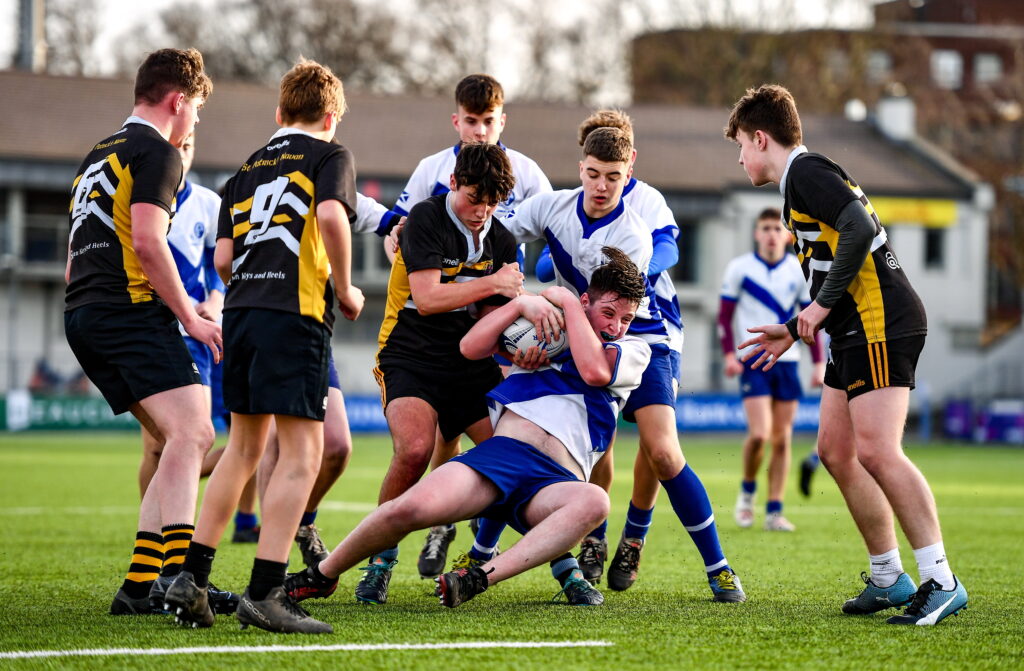 It is becoming no secret that this St Fintan’s team is one of the best to come out of the school at this level as they moved past The King’s Hospital at Energia Park.

They have size and power to burn, none more so than centre Marcel Haas, slipping over for the first try converted by Ben Barnes.

They doubled the lead when hooker Simon Cantwell broke through for Barnes to add the extras ahead of the third by loose-forward Rory O’Connor-O’Hehir.

Yet, Hos’ were able to rebound in fine fashion, centre Ross Adams bagging a brace of tries, both converted by out-half Scott Kenny to make it 19-14 in the 25th minute.

The sheer weight of the Sutton boys took its toll and the second half became a wearing down process in which O’Connor-O’Hehir, Ryan Curley (2), Oisin Kelly and Tadhg O’Connor-O’Hehir all picked up tries with Barnes slotting five of the eight conversions. 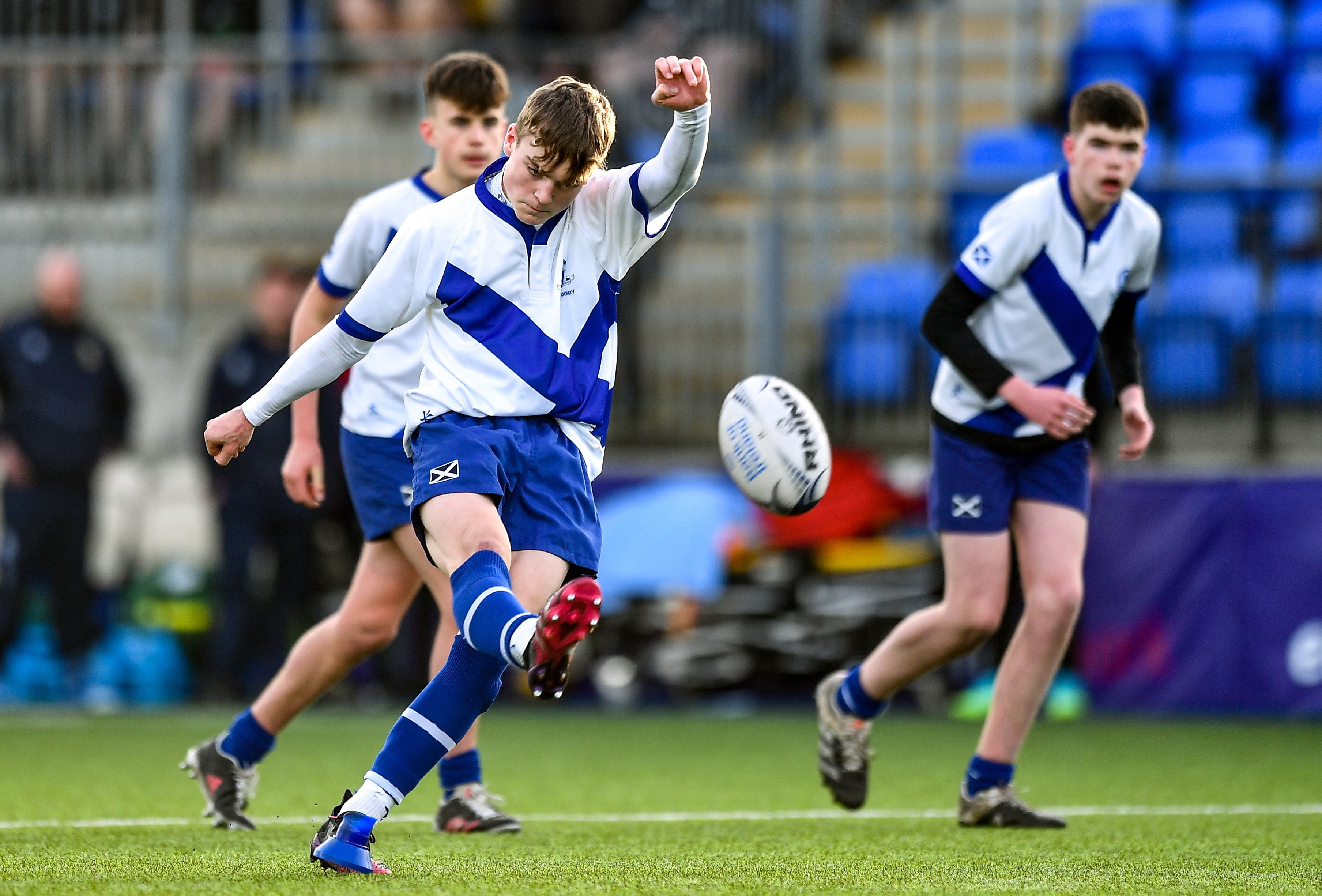 Temple Carrig were first to make it into the semi-finals with a comfortable win at Energia Park on Thursday.

The relative newcomers to schools rugby continue to show their value, opening up with a penalty by impressive out-half Darragh Shanahan.

It was two tries in the middle of the half-hour from wing Freddie Packman and No 8 Ben Griffiths that put them into a commanding lead.

Wilson’s showed what they could do when engineering a fine attack, Callum Mulligan escaping the clutches of defenders for a try in the corner to make it 13-5 right on the stroke of half-time.

Hooker Donnacha Gleeson really caught the eye, grafting hard for his try, and the same goes for Gavin Lincoln to stretch the advantage to 23-5 in the third-quarter.

Wilson’s did have solid performers, centre Xavier Estrada putting himself about in defence and as an effective attacker.

Their loose forwards Shay O’Donnell, Mulligan and Shane McGuigan were always close to the action.

However, they could not prevent Griffiths and Packman both notching their second tries to emphasise Temple Carrig’s superiority. 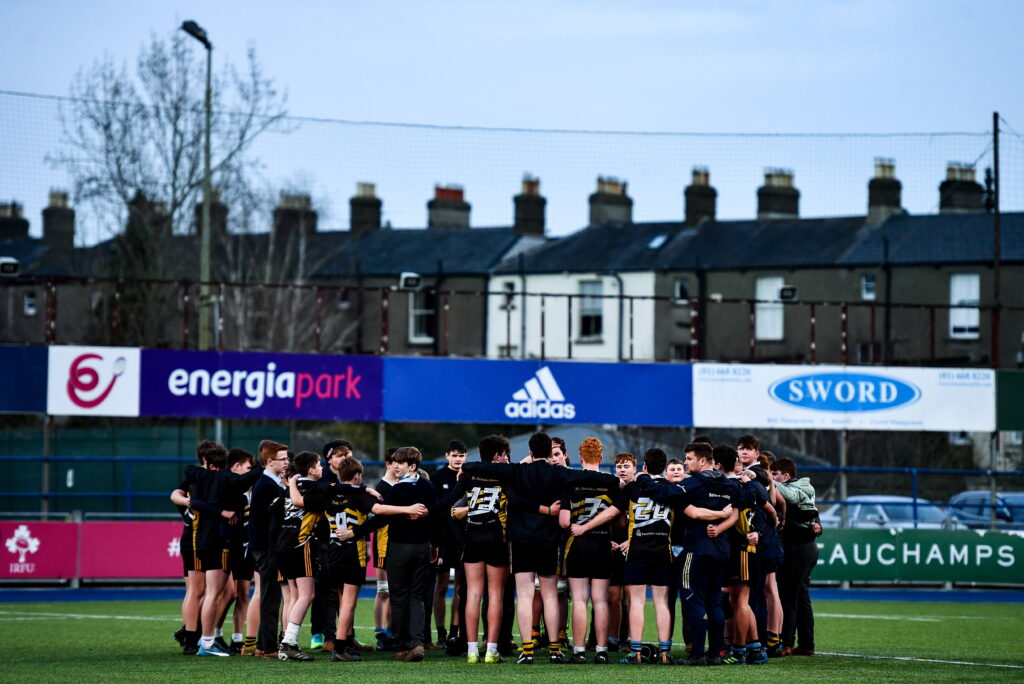 Ciaran Scott was the hat-trick hero in St Patrick’s defeat of St Andrew’s in the second quarter-final at Energia Park on Thursday.

The Booterstown school could not be faulted in the opening exchanges, working a try for centre Jake Dolly in the 10th minute.

Scott was quite a force on the ball and the No 8 had the heels to make it to the corner, Phillip Smith converting from wide-out, in what became a feature of the game

Back came St Andrew’s with a penalty and a converted try by Dolly again to make it 15-7, a two-score game.

The ebb and flow continued with Scott’s second try, again converted by Smith, before a sweeping move by the Navan school concluded with wing Ciall Flynn making the corner for Smith to clip the conversion for 19-15 at the break.

It was all back in the melting pot when St Andrew’s created a third try for wing Philip Doyle to sneak back in front by the minimum margin.

It was at this point St Patrick’s stepped on the gas, flanker Luke Kennedy showing a scoring touch to complement his work in defence for 26-20 at the end of the third-quarter.

Then, Scott popped with his third to give the Meath boys the room to defend the lead they so badly needed given St Andrew’s penchant for rebounding.