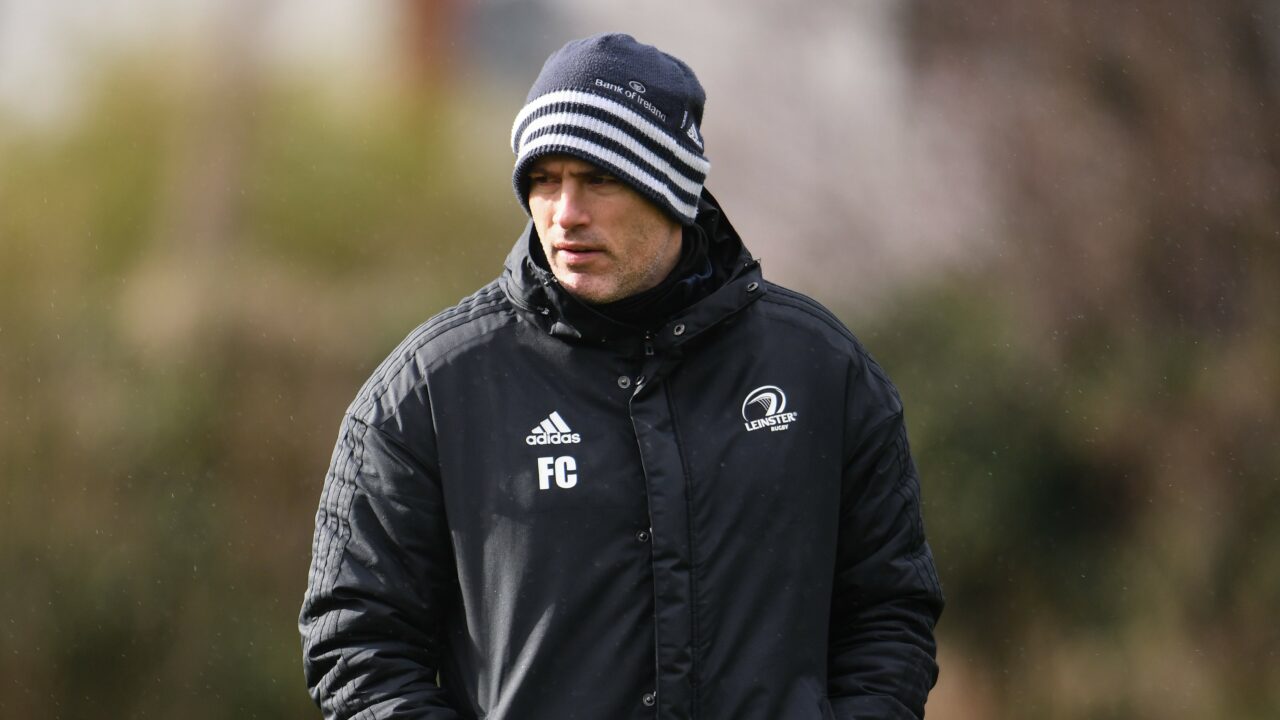 Backs coach Felipe Contepomi has been encouraged by the application of the squad in training as they gear up for their first game in five months.

Speaking to the media virtually this week, Contepomi outlined a number of the challenges that come with holding the game in current circumstances.

Going straight into the business end of the season from a lengthy break is one of many obstacles for players and coaches to take on.

“It’s a strange one but seeing what we’ve been through in the last few months, everyone in the country, it’s a great opportunity to get rugby back running,” he said,”a derby like Leinster-Munster is always welcome.

“That’s the weird part of this, after four months without playing, going straight into big important games but we’re all in the same situation so that’s what we’re trying to prepare.

“I like to think that we’ve prepared the best we could or are preparing the best we can and hopefully, we get it right.

“There’s no room for error and it will be very intense but that’s where we need everyone switched on and we can’t just get too bugged if you are picked or not in the first game.”

Having last lined out against Glasgow on February 28, Contepomi emphasised that, as a coaching team, they are striving to operate game by game as the squad eases back into regular fixtures.

“I think we need to focus and that’s our message, how we speak and what we see, getting better every game.

“And that is how we approach every game and every season. I know we are going straight into finals but everyone will be in the same situation. We can’t get too far ahead and think of silverware when we know that we have to first start playing properly and well, having a good performance and focusing on Saturday.”

Despite the disappointing news this week that both Fergus McFadden and Conor O’Brien would be absent due to injury, the former out-half is still pleased with the weapons at the province’s disposal this weekend.

He admitted that the selection headache is as tough now as any other time.

“How they’ve been training the last few weeks has been amazing and I know it will be tough for a few players but we have to see the bigger picture,” Contepomi added.

“We have a lot of big games coming and straight away we are into finals rugby so there’s a lot to play for and everyone has to be ready because you don’t know when you’ll have your chance.”