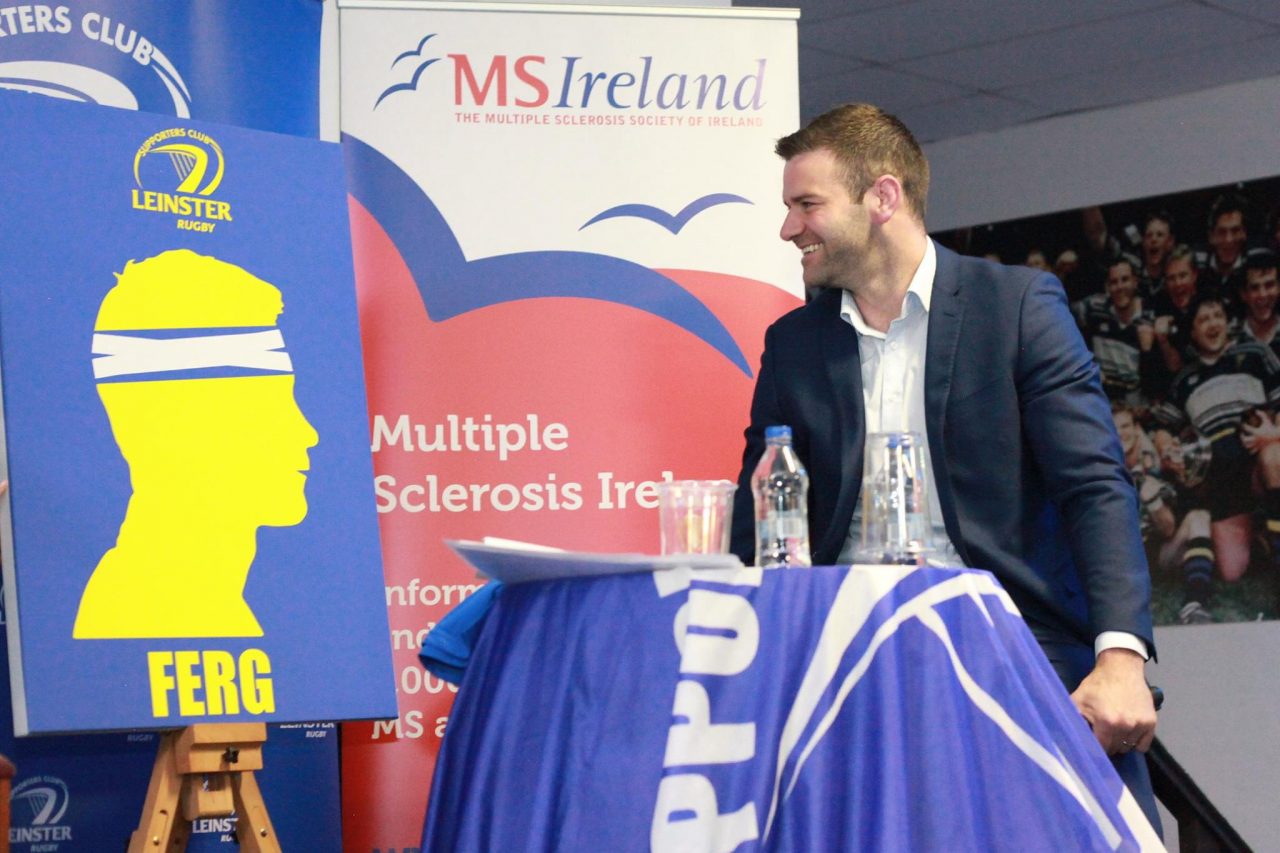 Fergus McFadden was announced as the 21st OLSC Legend after the Benetton Rugby game on Saturday.

McFadden – ‘Ferg’ to Leinster supporters – has amassed 429 points for the province and won his 177th cap after taking part in a hard-fought draw with Benetton.

Ferg has thrilled Leinster fans over 12 seasons playing with skill, guile and a level of physical commitment that personifies the man.

OLSC President Aisling O’Connor presented Ferg with his T-shirt with a packed Laighin Out Bar watching on.

With his wife and family present, Ferg enjoyed a special night. Ferg’s son Freddie, not present on the night due to it being past his bedtime, got his very own custom ‘Ferg’ T-shirt with ‘My Dad’s an OLSC Legend’ written across the back. A special moment for a proud Mum and Dad.

The OLSC on behalf of all supporters were delighted to honour and thank Ferg for his service. Check out photo’s of the night here.

The ‘Ferg’ is available to order now. To order for delivery within Ireland, please send €25 via PayPal to olsc@leinsterrugby.ie quoting FERG, your name, email address, delivery address, t-shirt size and gender.

For multiple orders, postage quotes for delivery abroad or any other queries, please email us.

Ferg T-shirts will be available at the OLSC shop at the back of the Laighin Out Bar before and after home matches.