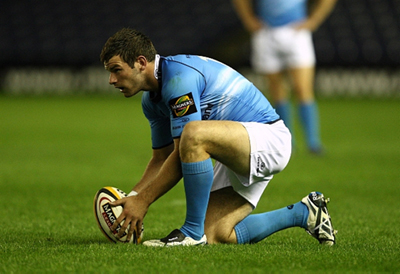 Speaking ahead of Saturday’s game in Galway, Leinster centre FERGUS McFADDEN said that the squad are determined to maintain their recent good run of form…

‘We know what to expect against Connacht because they are formidable opponents in the Sportsground and they have been in impressive form at home and away over the last few weeks.

‘Obviously I would know a few of their players like Fionn (Carr), Jamie (Hagan) and Keats (Ian Keatley) who were involved in the Leinster Academy before, but we’re expecting a really tough game up front first and foremost and we will have to gain dominance there to lay the platform.

‘You never get an easy game in Interpro’ derbies and we’re under no illusions as to what kind of a challenge awaits us. From our perspective it is vital that we work on the areas that we were poor at last weekend in the win over Ulster.

‘There were a few 50-50 passes that were poorly executed from our end, while there were defensive errors that will be punished if we repeat them this week, but training has gone well and the focus and intent from the squad has been encouraging. It’s not as if we need major reconstruction, but we do need to tighten up some of our areas and to be more clinical in possession.

‘From my own perspective I was delighted to get some game time in Europe a few weeks back in the victories over the Scarlets and although they were late cameos, it gives you confidence and a taste for the big games.

‘It is good to be involved in keenly contested games at this time of year, even though you miss out on some of the social elements of Christmas and the New Year. But as players we’re not complaining because you do get to spend a bit of time with your families and loved ones.

‘We’re in our own little bubble, working away as a group, so nothing really changes for us. But I’m personally happy to be playing regularly and it gives you a lift when you’re winning and we want to continue that.’