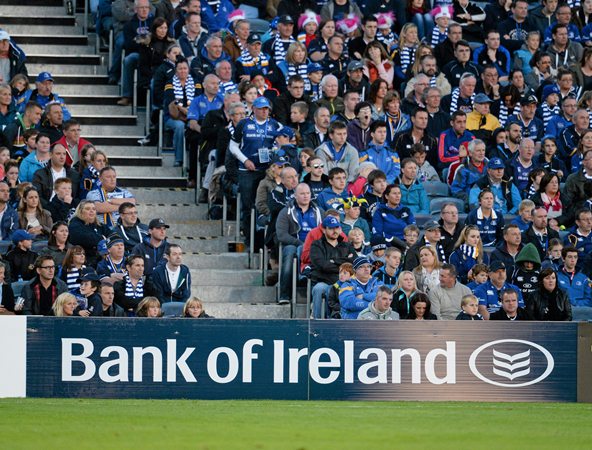 Bank of Ireland is issuing a final call to businesses that they have one week left to send in applications for the ‘Sponsor for a Day’ competition, after receiving a strong response from businesses to date…

The competition is open to all businesses, offering them the opportunity to win a sponsorship package at Leinster’s Leinster Heineken Cup game in January 2014 against the Ospreys.

The prize, which is valued at a minimum of €;50,000, includes the winner’s company logo on the players’ jerseys during a Heineken Cup match in front of a sizable audience both at the games and on TV.

To enter, participants have to answer a simple question: ‘Name one rugby province that Bank of Ireland sponsor?’ and a tiebreaker: ‘Tell us why your business should be on the front of the Leinster jersey?’ (in less than 200 words). Entries must be submitted by 20th November 2013.

The judging process begins on 22 November when ten businesses will be shortlisted to the final stage.