St Fintan’s High School and Catholic University School will join next week’s first round of the Bank of Ireland Leinster Schools Senior Cup.

Semi-finals this week will also see the pair fight it out for the Vinnie Murray Cup once their involvement in the Senior Cup comes to a finish.

St Fintan’s adaptability to the wet conditions was key to becoming the first to qualify for the Vinnie Murray Cup final at Energia Park on Tuesday.

CBC was determined not to make the same mistake they did in the quarter-final by going behind early on.

They remedied that with abrasive forward play, led by captain Carl Byrne, and  two penalties by centre Robert Theunissen.

However, it wasn’t too long before a trend began to emerge as St Fintan’s looked more comfortable with the greasy ball, Luke Ingle striking a 19th-minute penalty.

It was followed by a well-crafted try by Shane Patterson from near halfway, Ingle converting again before Theunissen struck his third penalty for 10-9 at the break.

No matter how Monkstown tried to make inroads, the Sutton school imposed their defensive will and Ingle knocked over a 44th-minute penalty. 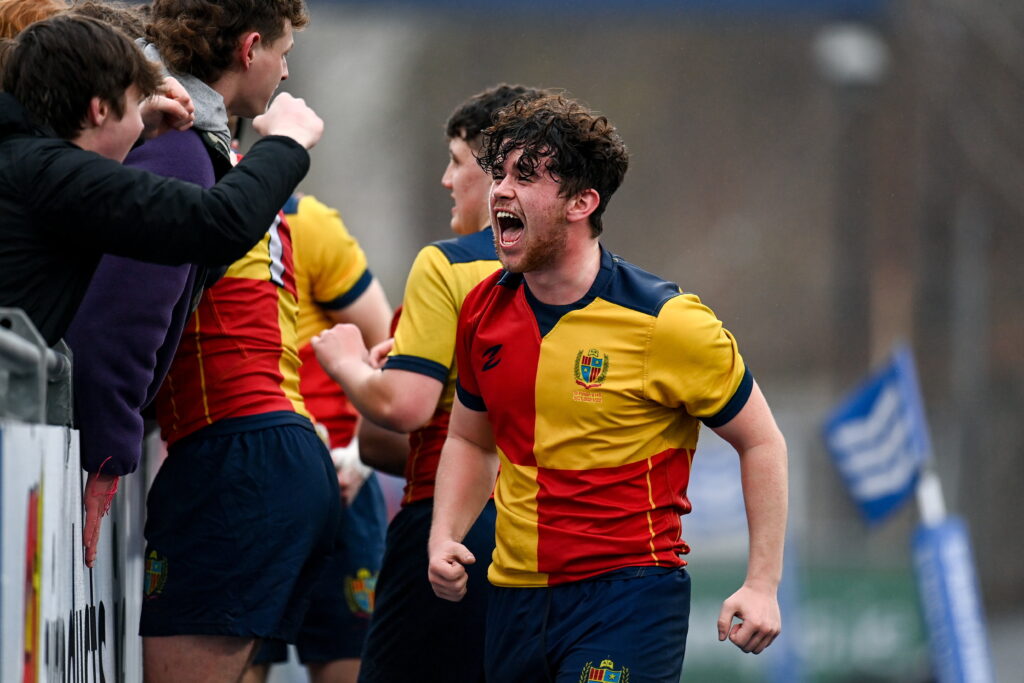 Then, the decisive blow came when Ingle’s touch-finder was turned into a textbook move. Centre Conor Cribbin’s dummy and burst provided the vital incision. His pass was on the money for Daniel de Brun to score on the left.

Ingle’s conversion from wide left was immaculate and a penalty in the last minute was the cherry on top of a fine performance.

Before the final, St Fintan’s will play Terenure College in the first round of the Senior Cup at Ollie Campbell Park on Friday week.

Harry Lynch posted 22 points in CUS’s comprehensive victory over Temple Carrig in the second semi-final at Coolmine RFC on Wednesday.

In truth, Temple were playing a fourth cup match in quick succession, brought on by a first-round replay, and they were unable to summon up the level of energy needed.

Coach Mark Crean had to make changes and also lost full-back Conor Cunningham to a shoulder injury and their captain Calum Sweeney in the first half too.

In contrast, CUS were straight into their patterns, Lynch slotting a third-minute penalty and the out-half converting his own try in the 25th minute for a 10-0 lead at the break.

One more breakthrough would be decisive and it came from scrum-half Garrett Phelan’s seven-pointer in the 43rd minute.

The sense of inevitability was confirmed by left-wing Cian Goode’s finish and Lynch’s second try, the latter converted.

The Greystones school had the staying power for replacement hooker Max Sproul to pop up with a try, Colm Condon converting, in a nod to their commitment.