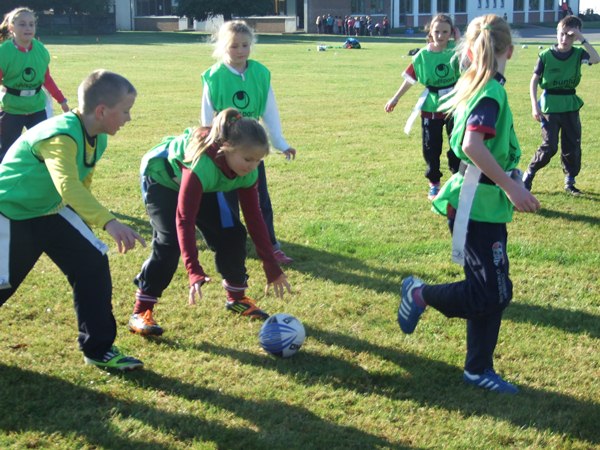 The response received was encouraging and with the help of 4th Class teacher Anne Quelly a timetable convenient to all was drafted up. By the end of the current school year Barry will have introduced Tag Rugby into 3rd, 4th, 5th and 6th classes culminating with a school Tag Rugby Blitz next March.

Within the next few months Barry will bring to the school the three trophies which Leinster won last year- the Amlin Challenge Cup, RaboDirect PRO 12 and the British & Irish Cup.

Barry would like to thank Principle Richie Mulrooney for his enthusiasm and support and Anne Quelly for being instrumental in bringing Rugby to Clara N.S.

If schools in Kilkenny wish to introduce tag rugby to their sporting curriculum they can contact Barry at KilkennyCCRO@leinsterrugby.ie.