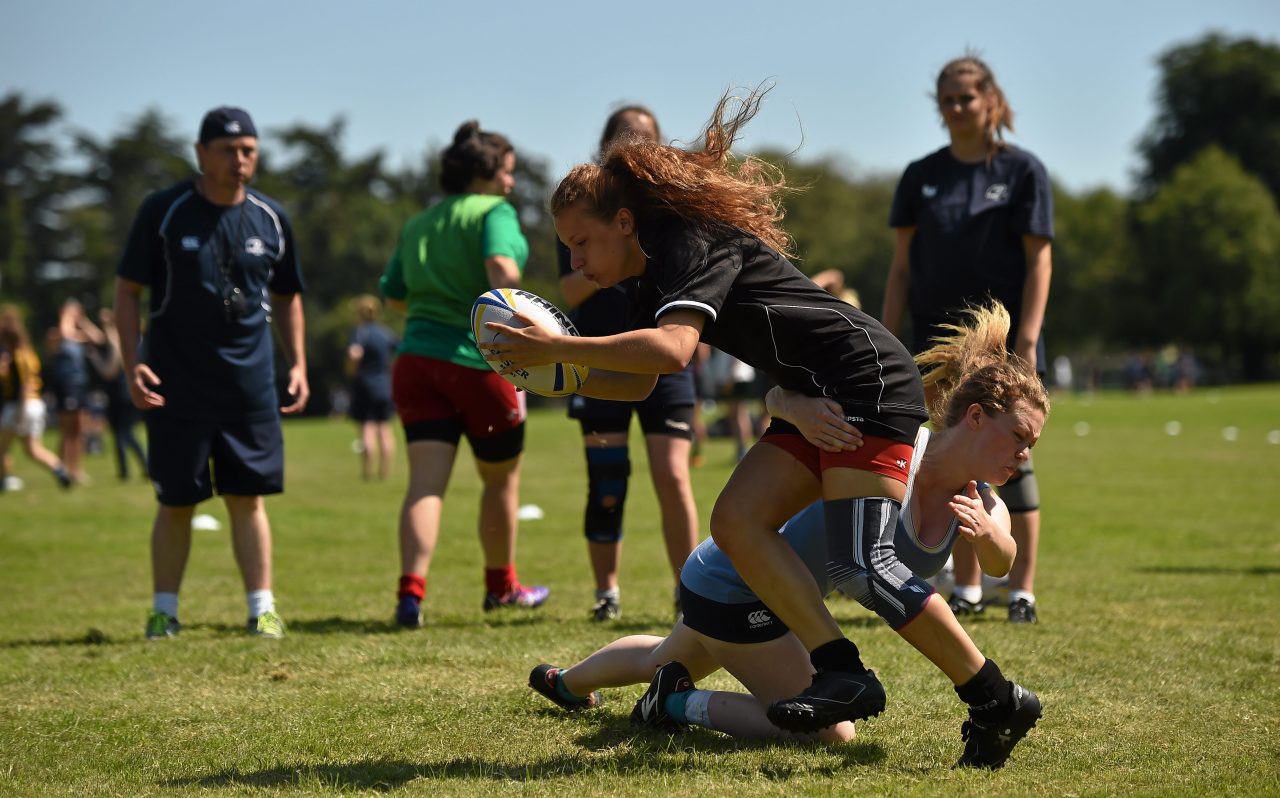 Over the past 16 years the Leinster Rugby School of Excellence has been one of the highlights of the summer with 12-18 years olds coming from far and wide to the five day camp in The King’s Hospital School in Palmerstown. This year saw the introduction of the Girls School of Excellence for the very first time and it did not disappoint. Just under 100 girls from Ireland and abroad signed up for the week. Players developed their evasion, passing and contact skills as well as improved their game understanding through attack over loaded games. 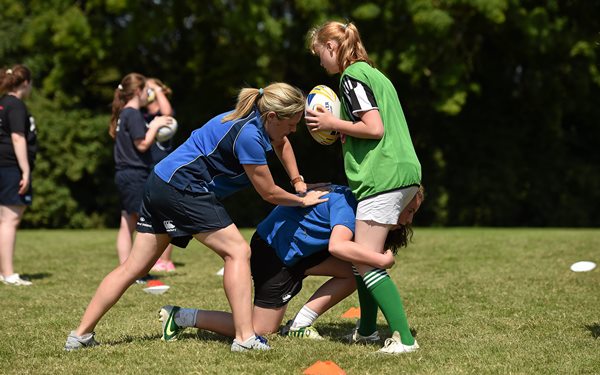 Throughout the week the girls were coached by players plying their trade at the highest level of the game in Ireland with Head Coach Sophie Spence putting the girls through their paces before she jets off to the Women’s World Cup in France next week. Ireland Women’s Captain, Fiona Coghlan and winger Nora Stapleton also visited the camp two days this week to run their eye over the talent on show as well as giving all participants some helpful tips along the way.

The sold out Boys’ School of Excellence was run alongside the girls version with more than 160 players taking part. Its aim is to provide players from 12-16 years old with a comprehensive rugby package which allows them to experience similar conditions to players at the top level. Camp goers can learn to play the Leinster way as they will gain greater understanding of the game and learn about values such as team work, commitment, integrity and communication. Players are coached by top level coaches from Leinster Rugby and even include ex-British and Irish Lion, Eric Miller. 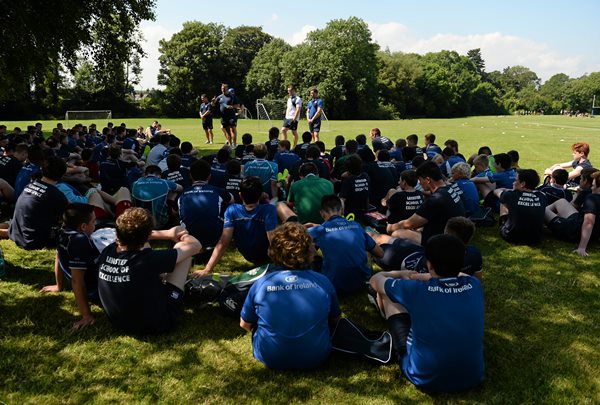 Leinster Academy players Billy Dardis and Peter Dooley visited the camps during the week to give participants an insight on what it takes to make the grade at the top level and to answer any questions the players may have. With the first week of four coming to a close this afternoon, make sure to check out our full photo album of both camps on the Official Leinster Rugby Facebook Page HERE.