Fitzy’s Blog: All Pain And Some Gain in Amsterdam 7s 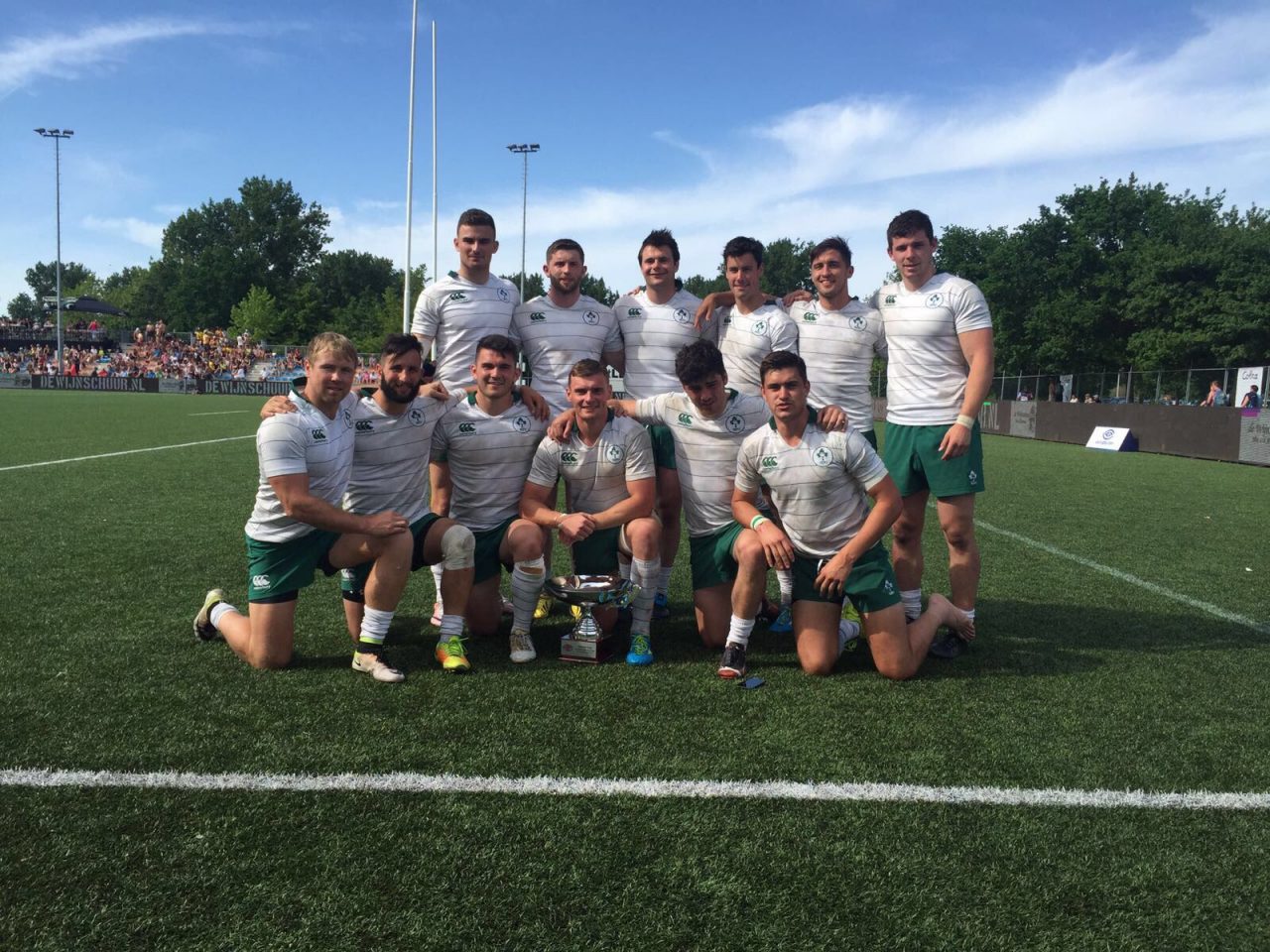 Amsterdam was the last tournament before the European Grand Prix starts. As a result, it was the last chance for us all to impress the coaches before squad selection for the Russian leg this weekend.

It was some set up.

The tournament itself has been in operation since 1974 so is nothing new but this year there were over 120 teams in both the women and men’s competitions.

Over the course of the weekend thousands of people attended the grounds which had ten pitches in use all day and beer and food tents dotted around the grounds.

Regardless of the location these 7s tournaments have more of a festival feel to them as everyone is there to enjoy the atmosphere and enjoy the rugby on view as opposed to supporting any one team at the competition. So you could be miles from home but every score will still be cheered!

In the week leading up to the tournament we trained on the Sunday, Tuesday and Thursday with a mix of both pitch and gym sessions. Optional trips to the pool were also available and with the heat in Ireland last week a few dips in the sea were also on the cards.

We arrived into Amsterdam on Thursday evening and after checking into our hotel which was about ten kilometres outside the city centre a few of the lads went for a walk to stretch the legs.

Friday though was about getting our preparations right for the weekend and was the day of the Captain’s Run which isn’t too different to a Captain’s Run for a 15s game.

A Captain’s Run is really about giving teams a chance to get acquainted with their surroundings away from match days. You would get this opportunity in the Guinness PRO12 or in the Champions Cup and obviously with any international age grade games and this is no different.

So what does the Captain’s Run entail?

Usually the session will be short with a limited amount of running involved as you don’t want to eat into any energy reserves ahead of the weekend.

So instead you are concentrating on getting clarity for everyone about their role before the tournament starts and you would maybe walk through and talk through a few scenarios. It also gives everyone the chance to see the pitch and to become familiar with the set up.

With so much going on during a 7s tournament, so many teams competing and of course that festival atmosphere it is very busy on match day so these things are even more important to iron out than a normal 15s game.

The dressing rooms, the facilities, where we will warm up, to the match day surface itself. It takes a lot of the hassle out of match day when you have all this mapped out in your head in advance and that’s the benefit of it.

After the Captain’s Run we headed into Amsterdam to see the city. 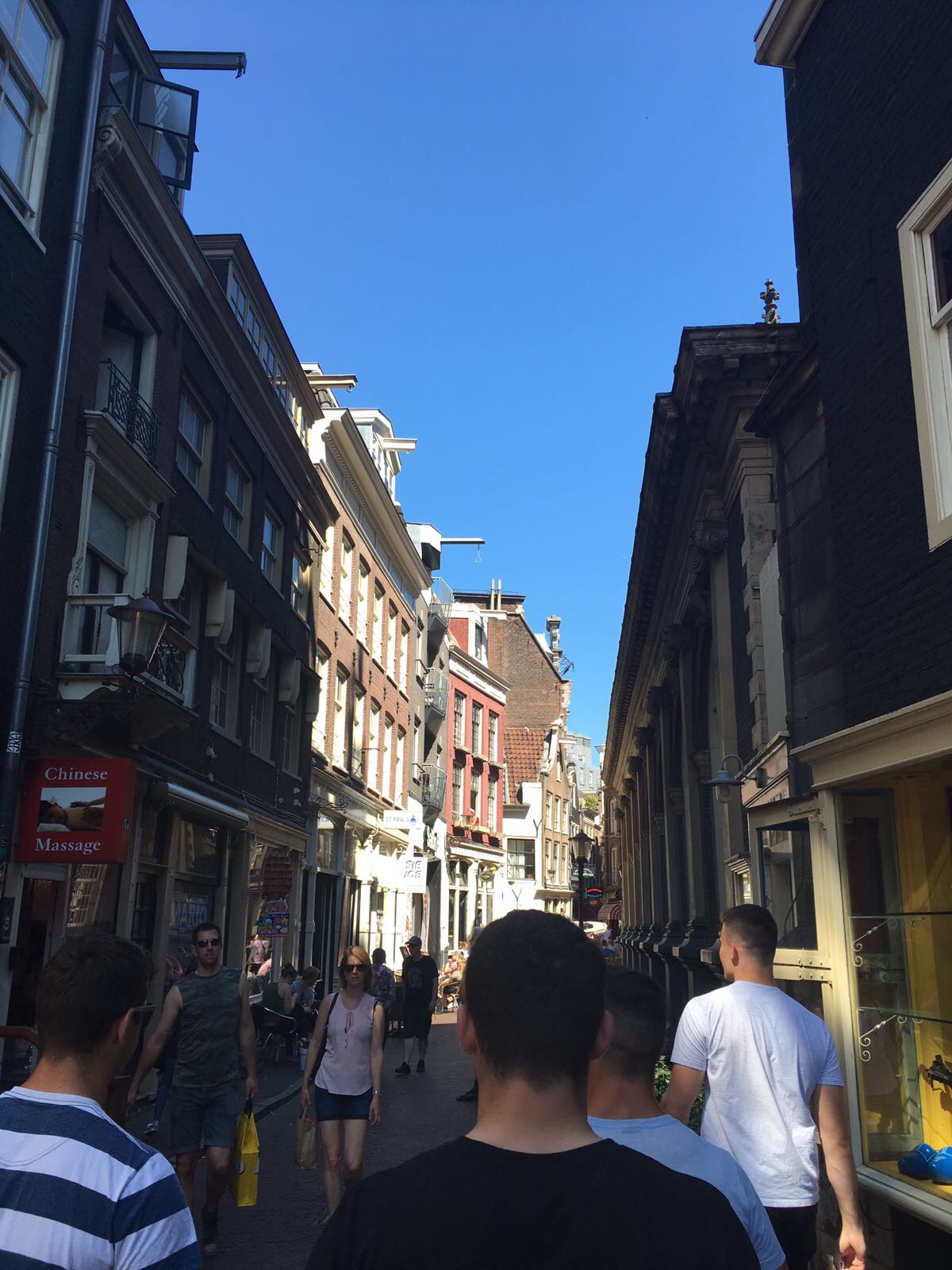 One thing which the 7s allows you to do which maybe isn’t always available in the 15s game is the opportunity to see many different cities around the world.

It’s for this reason the lads make a conscious effort to see every city we visit as we are never sure when we will be back again and Amsterdam didn’t disappoint. We walked around for the afternoon and saw a few sights but we capped it at that and headed back early for a team meeting.

As mentioned earlier, Amsterdam is an invitation only tournament and this means it is a mix of club teams, invitational teams and national sides.

Invitational teams are teams set up to compete at these events so they invite players from all around the globe to compete for them in one off tournaments. So for example in Amsterdam, players that had already competed in the World Series for both Fiji and New Zealand were playing for invitational sides. 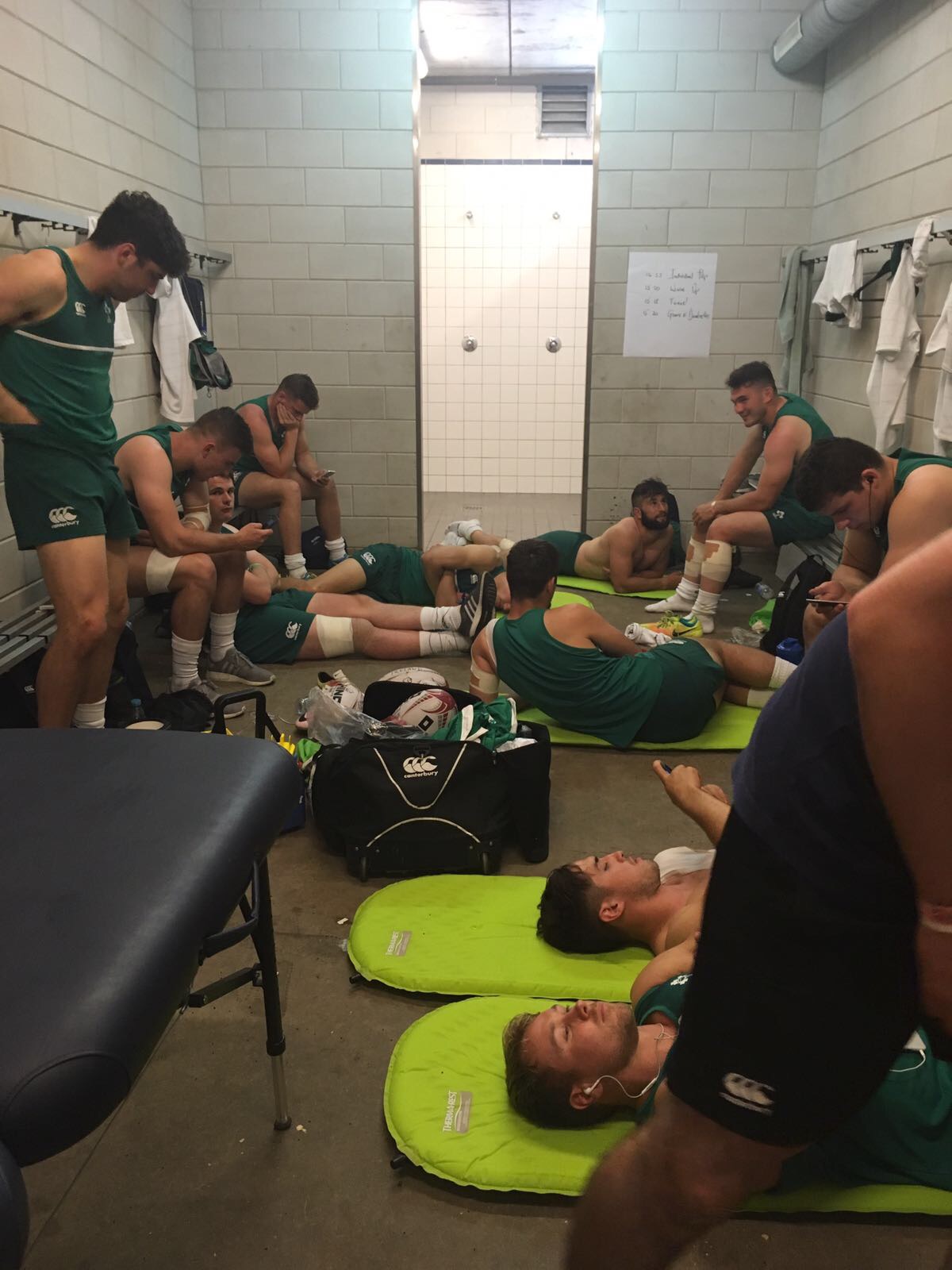 On the first day we were pitched against a local Dutch team, the Chinese national side and an invitational team.

Unfortunately day one ended in disappointment for us. We lost out to a well drilled Chinese team who were coming off the back of a five week training camp in Germany.

Our own underperformance and an unfortunate yellow card meant we conceded a few tries in the first half. Although the performance in the second half was vastly improved it still wasn’t enough with us eventually losing 22-19.

It’s never easy getting up on a Sunday morning after a match and this is compounded after three matches of 7s competition! There was also the added issue of the surface.

The pitch we were playing on was an astroturf pitch and with the mini heatwave across Europe and temperatures getting into the 30s it made for a blistering surface.

On top of the usual bumps and bruises, a lot of the lads ended up with carpet burns along their legs so there were a lot of aches and pains on the Sunday.

However after the initial cobwebs were blown off we had better success on day two. The loss on day one meant we were competing for the Trophy which we eventually won with a 42-0 victory over the invitational team My Protein Lemurs. 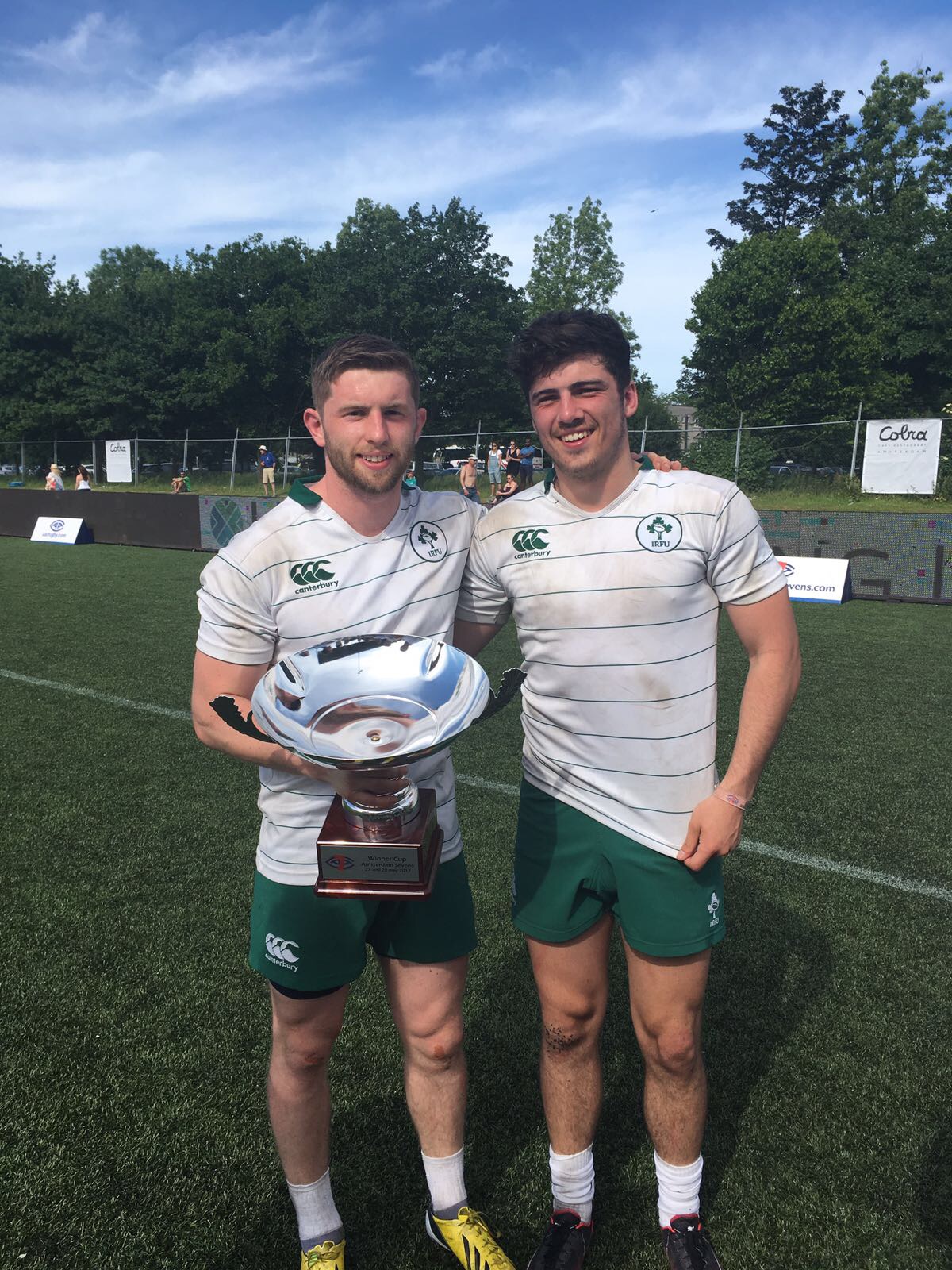 Although the weekend didn’t go exactly as we would have liked there was definitely some valuable lessons to be learned which we can take forward as we enter into the Grand Prix this weekend in Moscow.

We learned that every game during the weekend is important.

One loss can define how a tournament goes. 14 minutes can be very quick when you are chasing a game and any lapse in concentration or a yellow card can be detrimental to your chances.

For us, not being switched on for the first half of the Chinese game ultimately cost us any chance of winning the elite competition.

So to this week and preparations for the Rugby Europe Sevens Grand Prix Series in Moscow this weekend.

We had yesterday and today off and with two competitions in two weeks coming up it is very important that these rest days are taken seriously.

Recovery strategies vary from player to player. Some lads like to sit down for the few days and binge watch TV with the feet up; whereas others will look to do some active recovery to keep the legs moving.

It really doesn’t matter as long as you do what works for you and by the time you report back on Wednesday you are ready to go again.

The plan for the rest of the week is to train tomorrow and Thursday which will consist of pitch sessions, gym sessions and individual reviews with the coaching staff. This can be either reviewing individual video or stat sheets from the weekend.

Then off we go on Friday morning to Moscow.

And the plan for Saturday? It’s Wales, Georgia and Germany…and after that who knows!

Fitzy’s Blog 1: An Insight Into the Ireland 7s Team