Fitzy’s Blog: Another win paves the way to the Sevens World Cup 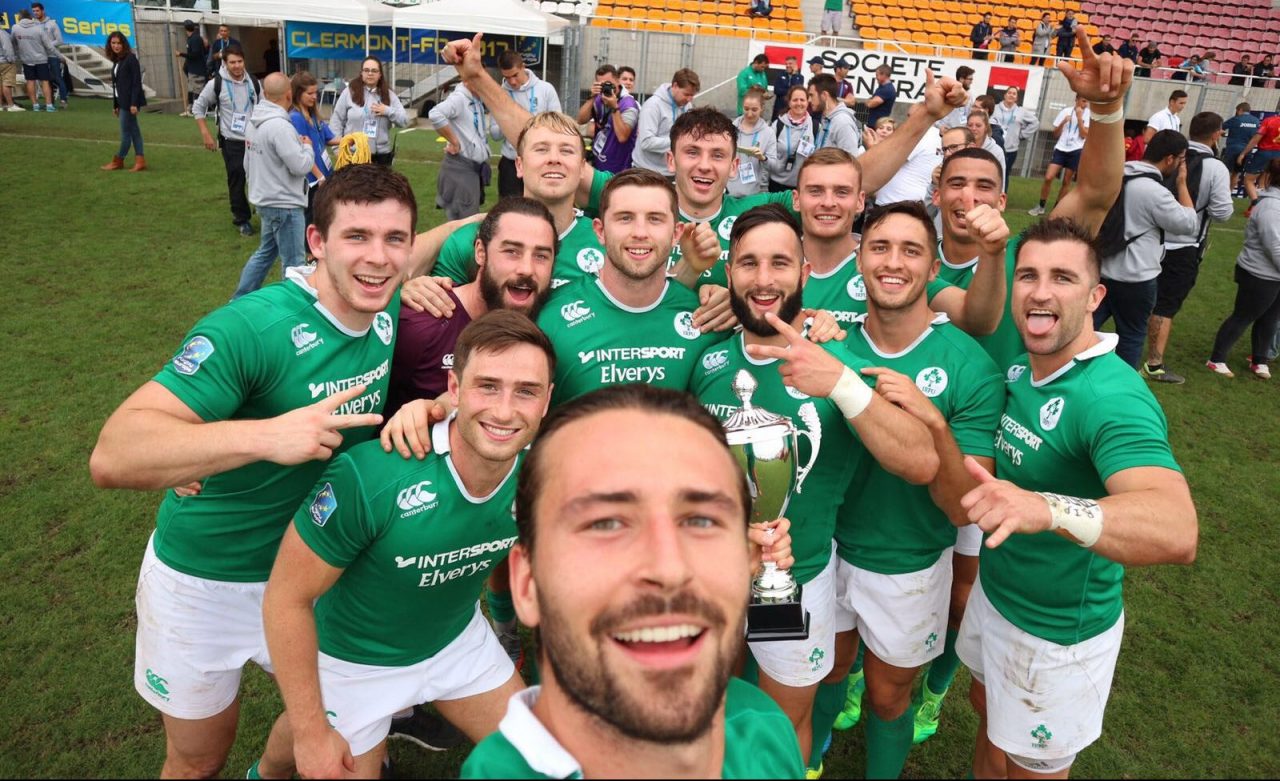 A few weeks ago I got a Facebook notification of a memory I shared with 11 other lads from two years ago. I was pleasantly surprised to find out it was a photo taken after winning my first ever 7s competition in Zagreb, Croatia.

Division B of European 7s was held in Zagreb and was one of the better 7s set ups I’ve been involved in. The competition was held in the local rugby club in the suburbs. The pitch had one stand and could hold a couple of thousand. Both days were sell outs, which was probably helped by the lovely weather we got and the impressive beer tent that backed onto the pitch. 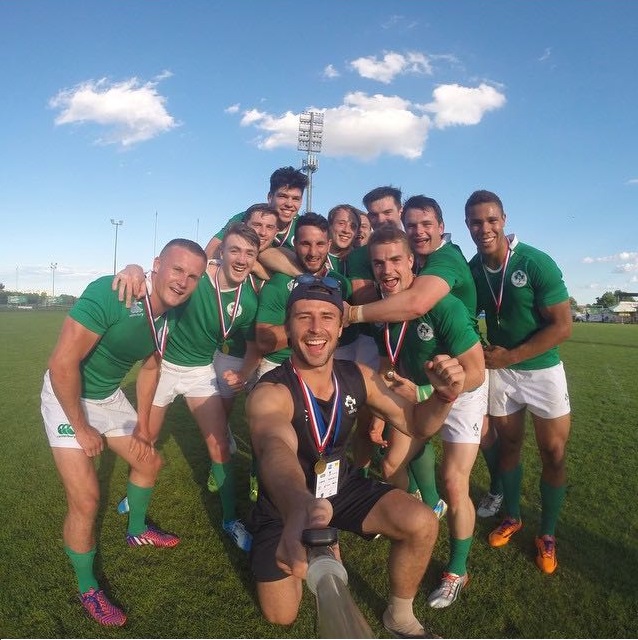 I felt the majority of people spent more time in the tent than actually watching the games but that didn’t matter. The atmosphere and buzz around the place was incredible on both days.

Looking through the photo from that weekend I found it interesting to see the different paths the lads have taken over the last two years. Some have retired from rugby, others have moved to play rugby in a different country and some are playing regularly with their province. One or two of the lads would feel they were unlucky not to travel to America and Japan in the Irish summer tour.

Comparing the team from this tournament and the tournament from Clermont there are only three guys in both: Harry McNulty, Mark Roche and myself.

This season the squad is nearly entirely different to the previous two years. 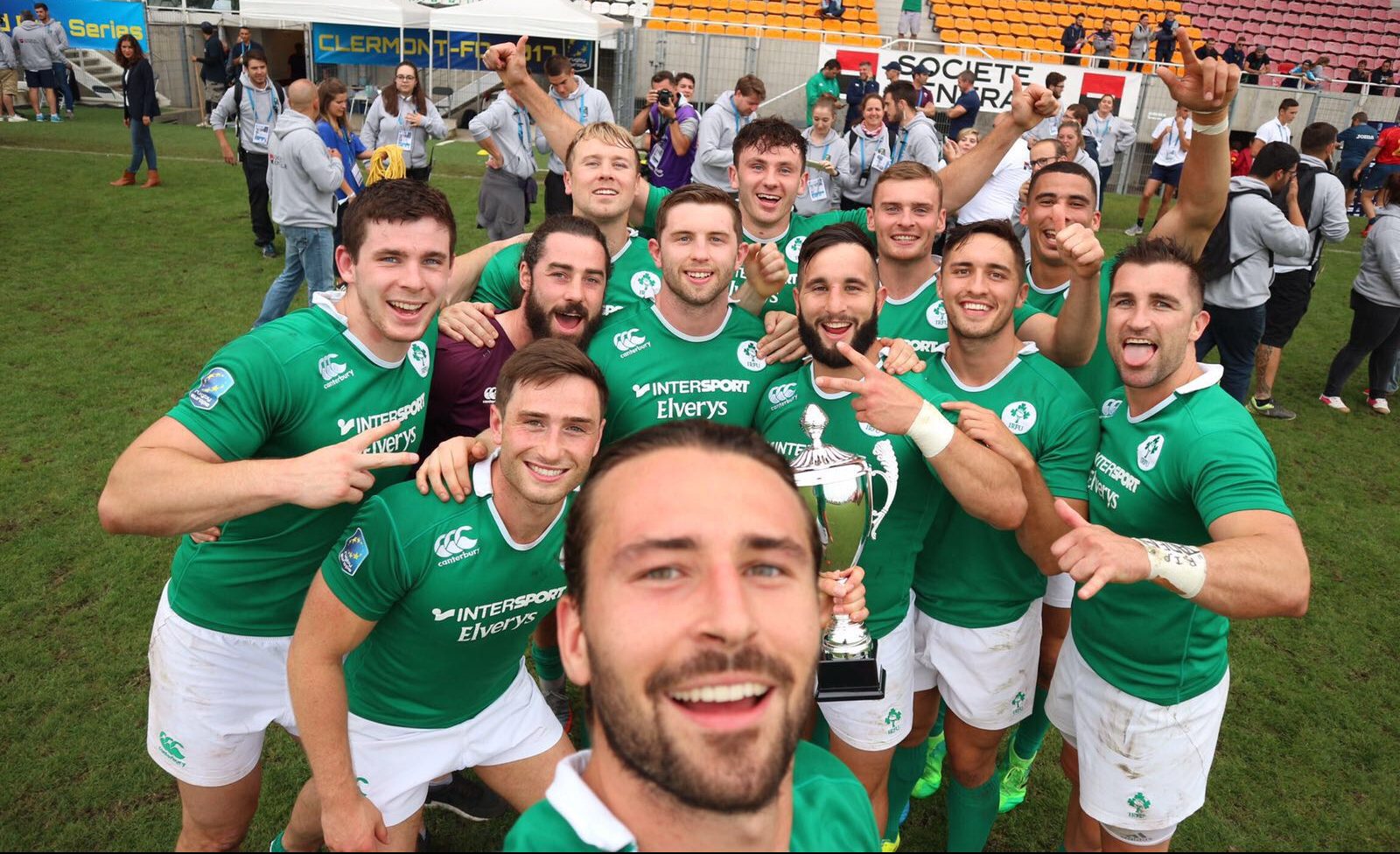 Although there has been a big turnover of players the continued success of the 7s programme shows the depth of talent in Irish rugby at the moment.

A lot of the players are in no professional set up yet can compete against teams that have full-time operations in place.

We have had just two months together with some of the lads never playing the game of 7s before. The speed with which the new guys have picked up the game shows the strength of both the players and the management.

The work put in over the past two years by everyone that has been involved came together last weekend in Clermont, with the first of two goals achieved with a whole leg of the series to spare.

The weekend in Clermont went pretty much as planned. Winning six from six, it was the first time we have gone undefeated in the Grand Prix.

Although we’ve performed strongly so far in the Grand Prix, we knew our group for day one of the weekend would be no easy task. Wales, Italy and Belgium stood between us and the quarter-finals. 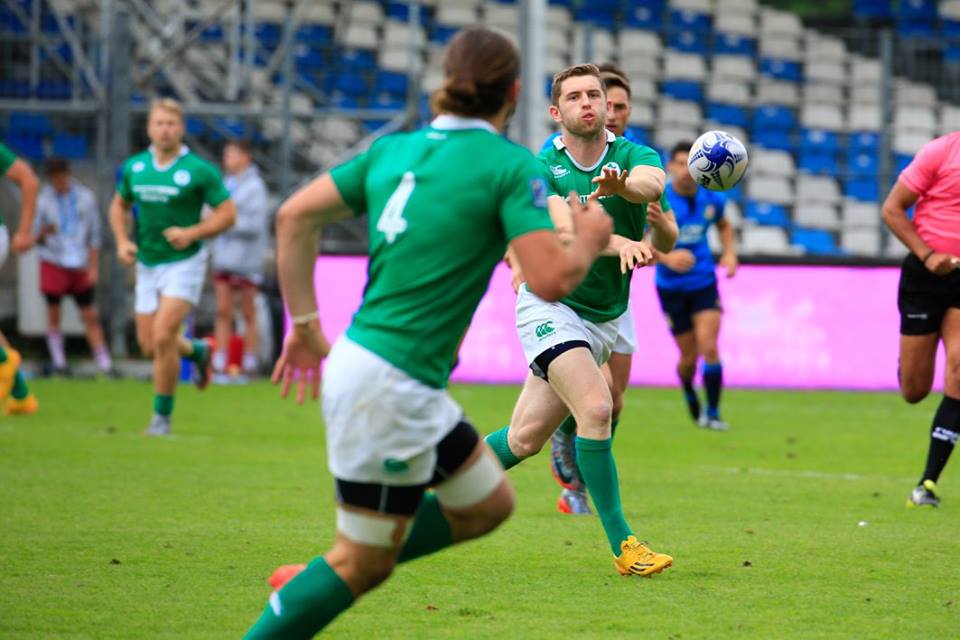 We managed to win all three games despite losing Mick McGrath to an unfortunate knee injury in the first game.

The injury meant we would have to play the rest of the tournament with only 11 players, something that will challenge any team’s fitness come the end of the weekend.

Having qualified for the quarters a daunting challenge awaited us.

Beating a French team in France is never easy, and with the competition being held in the rugby stronghold of Clermont it was clear the French were going all out to win the competition. The team they brought with them was, on paper, arguably the best in competition, making them favorites coming into the weekend.

With the odds stacked against us, we didn’t help ourselves with the start we made.

After conceding an early try we picked up a yellow card, but managed to hold strong and fight our way back in.

It was a tight, tense encounter, but we came away with a close 7-5 win, though the game ended with a bit of confusion.

With the match-clock at zero we were awarded a lineout. After winning the lineout and kicking the ball dead we were informed there was in fact time remaining.

After a confusing few minutes the game finally got back underway with a French lineout on halfway. Thankfully the mix up didn’t affect the result, and if I’m honest it nearly felt better winning the game for the second time around!

There seems to be a trend forming on the second day of competition in the Grand Prix. In the last two tournaments we have faced Russia in two semi-finals and Spain in a final in Poland.

And sure enough, in Clermont we were up against Spain in a semi-final and then Russia in the final.

Victory in both secured us our second win on the series and means we lead the pack going into the final leg next weekend. 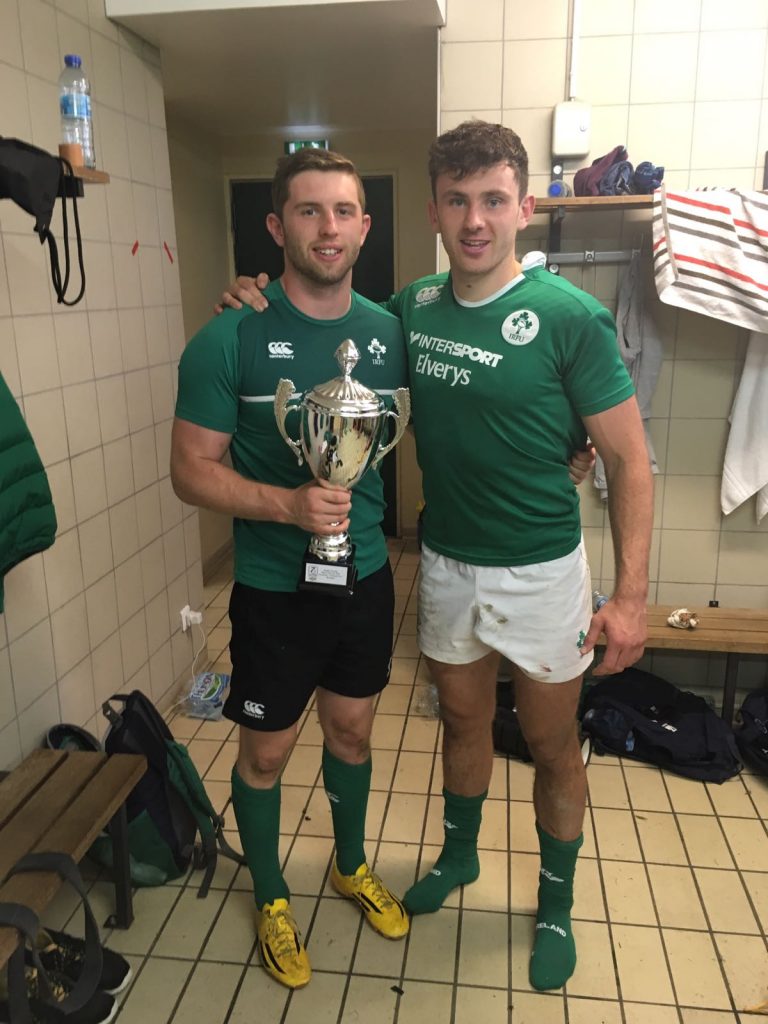 That victory guaranteed us a spot in Hong Kong in April to play for the spot in the Sevens World Series and also puts us in pole position to take one of the two spots available for the Sevens World Cup in San Francisco next summer.

So as we go into our final week of preparation there is no time to pat ourselves on the back. There is still work to be done and training has reflected that. People want to be involved and there are places on the plane up for grabs.