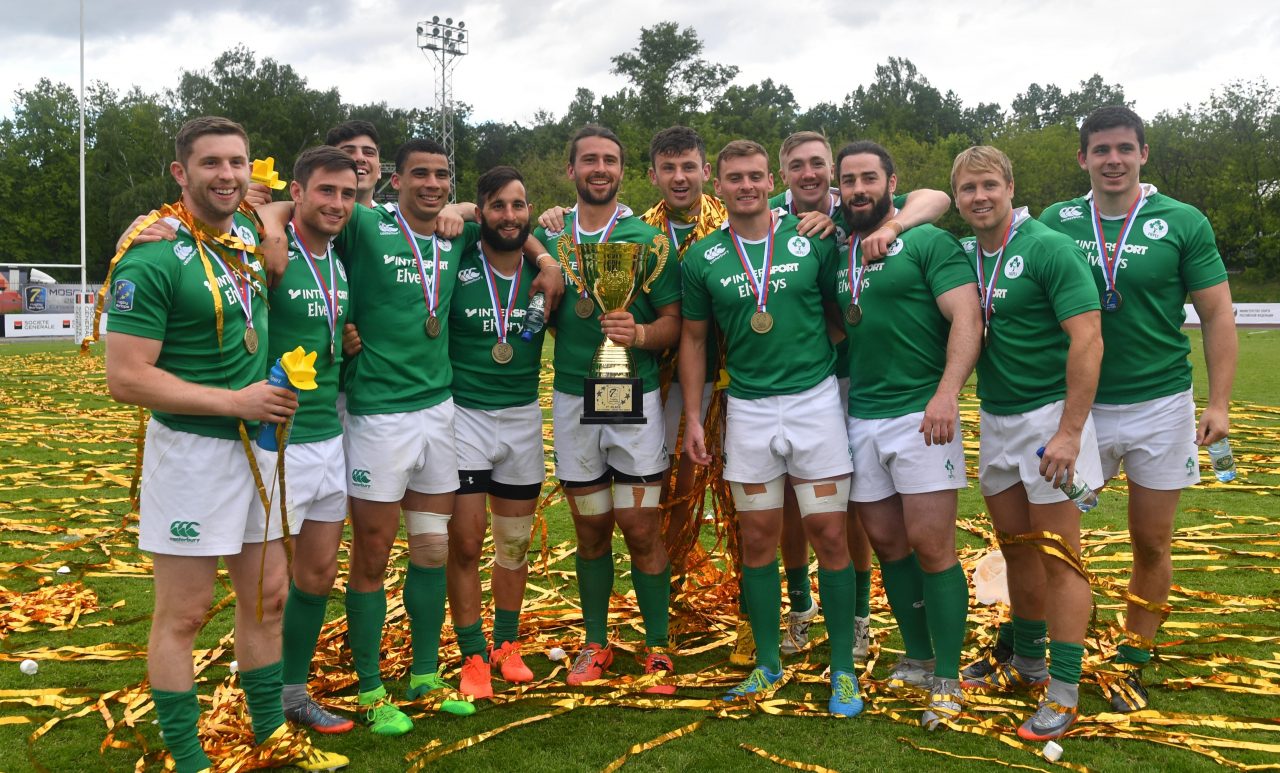 Russia was the first of four legs in the European Grand Prix series and provided us with an opportunity to play against the best 7s teams in Europe in a competitive environment. This year’s competition was held just outside Moscow city.

As a sevens competition is a two-day event it is vital that your preparation leading into the weekend prepares you for the heavy workload ahead. This can often be challenging as usually you are travelling on the day before the competition starts.

It is even more difficult when you travel long distances. For the weekend, we assembled at in Dublin Airport on Friday at 5.30 am and after a changeover in London we arrived at our hotel in Russia after 12 hours of travelling.

After a long day many of the lads are stiff and hungry. Time isn’t on your side in these situations as you need to fuel up for the next day, get the legs in working order again and get to a team meeting. Russia is two hours ahead so essentially we lost two hours sleep on top of this.

Nothing is won on day one of a competition but everything can be lost. Although we may not have put in our best performances throughout the day we managed to get victories over Wales and Georgia but unfortunately lost out to a well-drilled German side. Nevertheless, we qualified for the cup competition and had everything to play for as we entered the knockout stages of the weekend.

The Portugese sevens team are an established outfit having played in the World Series for four years starting in 2012.

Having taken the lead at the start of the game we let them back in with uncharacteristic errors around first up tackling and restarts.

We fought our way to a two-point lead but it was some solid defending at the end that secured the win.

With Portugal in possession and starting to find holes in our defence John O’Donnel – aka The Wigan Wall – managed to latch onto the ball in a ruck and force the game-winning turnover.

With the game won our focused immediately turned to the semis where Russia were waiting. 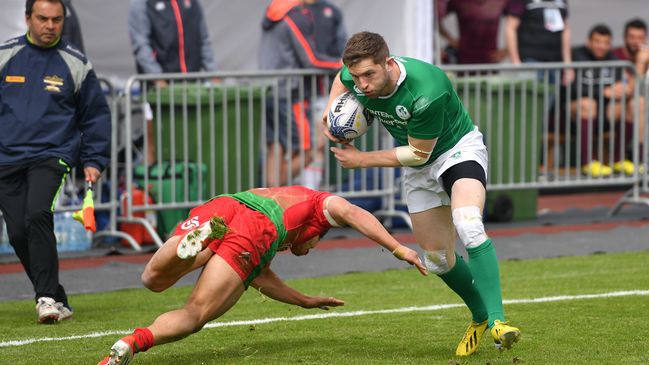 We knew Russia would provide our toughest test of the competition so far and that we would have to drastically improve our performance if we were to get a result.

Russia were unbeaten in their first four games and had been putting up some impressive scores against some of the top teams in the competition.

They had brought their World Series squad with them to the competition as they too are fighting for the two spots at the Sevens World Cup which takes place next summer in San Francisco.

From the off we took the game to them, carrying hard to provide quick ball for the outside men. After stretching the defence it’s all about exploiting holes or mismatches in a defensive line. Our accuracy in exploiting these opportunities was the highest it had been all weekend. This led to us racking up a bit of a lead.  However, we knew the Russians would come back hard. After soaking up the pressure and holding them out the final whistle went and it was job done.

After a slow start to the competition things were starting to click.  Everyone could feel the shift in confidence and this was exactly the momentum we needed as we heading into the final game.

Spain were the only thing that stood between us and victory on our first ever European Grand Prix leg and we couldn’t have asked for better opponents. Last year Spain knocked us out of the Olympic Qualifier and eventually went on to claim the place in the Rio Olympics, so for the players involved in the game last year (including myself) it was an opportunity for some much needed redemption.

The game didn’t start exactly as planned. Our kick-off accuracy is something we pride ourselves on and is something that had been almost perfect throughout the weekend. However, on this occasion the kickoff fell short and allowed Spain to start the game with a tap in the middle of the pitch.

Spain came on the attack and managed to work their way up to our five-metre line. Three-and-a-half minutes of continuous play later we had managed to push the Spanish back to halfway and force a turnover. Playing non-stop for that length of time is tough enough in a 15s game, in 7s its nearly a full half of rugby and no amount of fitness can prepare you for a situation like it. Making the right decision under fatigue is usually the winning and losing of games.

This defensive set ultimately set the tone for the rest of the game; the confidence gained from keeping out a team when they are on your own five-metre line can be even better than scoring a try.

Taking this into the rest of the game we went about doing what we had done in the semi-final game. We increased the tempo in attack and exploited any holes that appeared.

We managed to rack up two unanswered tries and ran out 12-0 winners, claiming the top prize and the 20 points on offer.

After a slow start on Day 1 we managed to peak at the right time of the competition. Coming into the competition has bottom seeds we had the underdog tag for most of the weekend.

This weekend we head to Poland for the second leg of the competition for what will be vastly different  experiencefor us as a team.

We go in as number one seeds and everyone will be out to beat us. No longer will we have the element of surprise and as a result we can no longer afford to underperform.

That being said the energy in camp has been immense this week and everyone is excited to get out to Poland and repeat the achievement of last weekend.