Meet the five newest graduates from the Leinster Rugby Academy 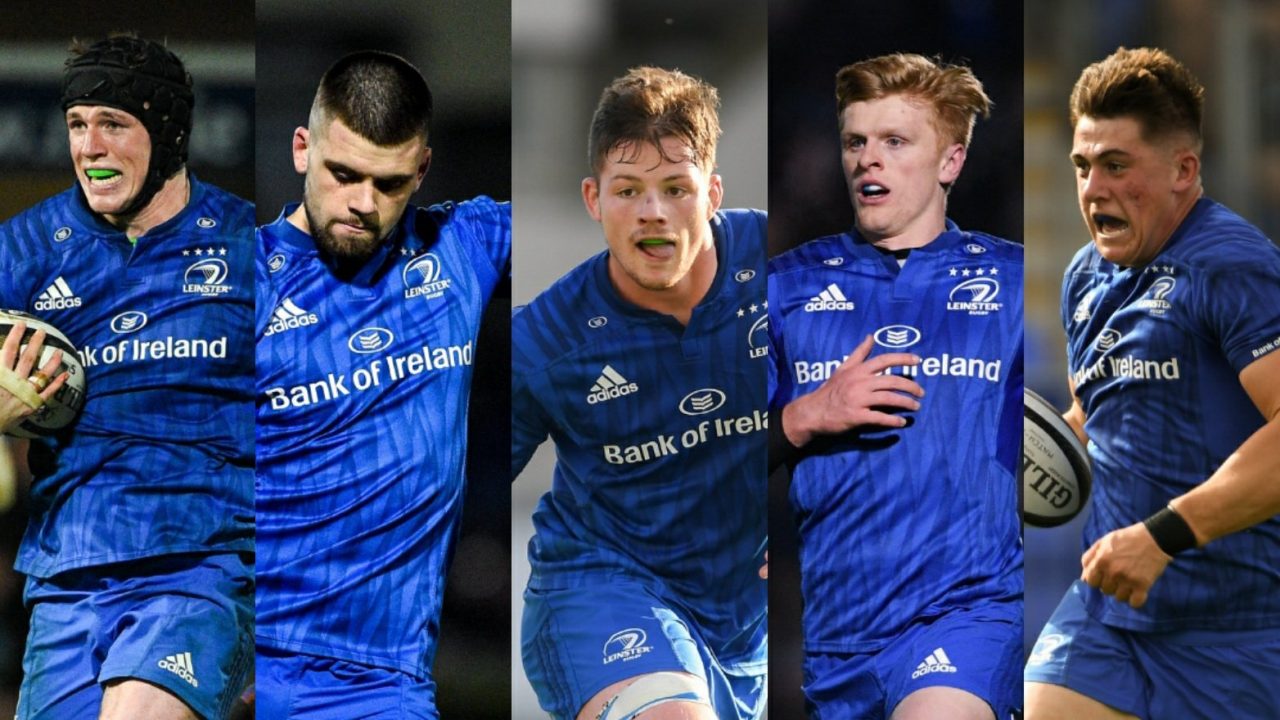 Last week, Leinster Rugby announced 28 new contracts for the 2020/21 campaign, with five of those being players promoted from the club’s Academy.

Here’s a little bit more background on the latest crop to come through the province’s pathway.

Ryan Baird usually lines out in the second row but is no stranger to donning the number six shirt when needed, and he possesses a remarkable turn of pace, highlighted by back-like line breaks in his appearances this season.

After making his Leinster Rugby debut in April 2019 away to Ulster, the former High School and St Michael’s College student followed that up with six more caps prior to the suspension of this season.

The last of those came in the province’s final game before lockdown against Glasgow where he scored an impressive hat-trick during a man-of-the-match performance in a 55-19 win.

He was also included in Andy Farrell’s Ireland squad for the Guinness Six Nations, initially as a development player before rejoining the squad later in the tournament prior to its suspension.

DUFC man Baird previously made seven appearances for the Ireland Under-20 team, and was part of the 2019 Grand Slam winning side. 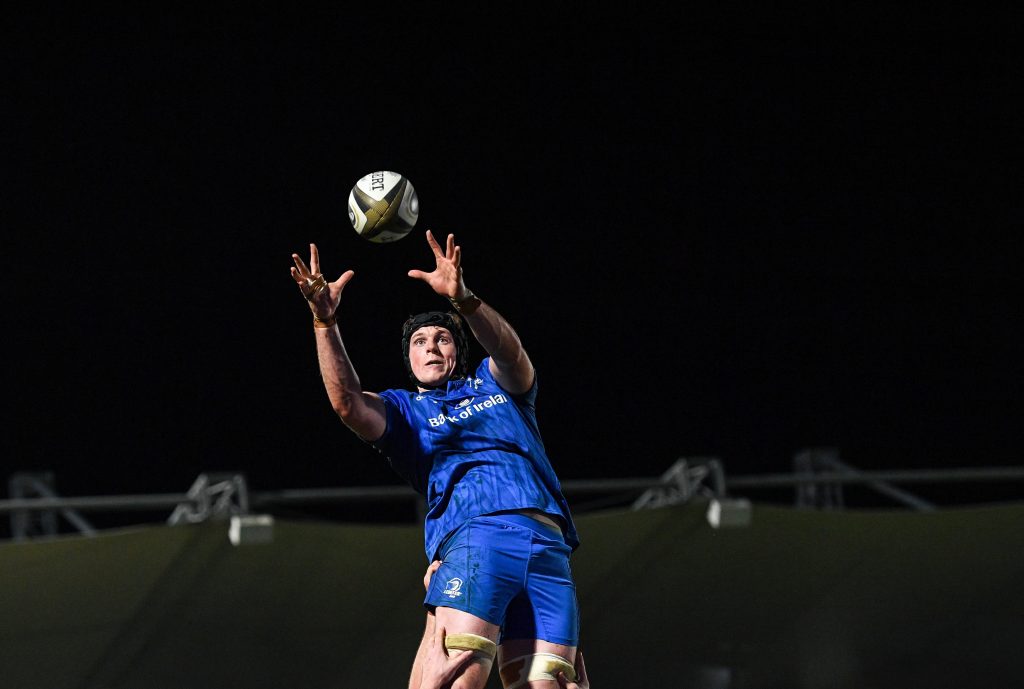 As with Baird, Harry Byrne was a development player for Andy Farrell’s pre-Guinness Six Nations training camp in Portugal.

Also a former St Michael’s student, Byrne is following in the footsteps of his older brother, Ross, who has become a key part of Leo Cullen’s squad since being given his first senior contract in February 2017.

Similarly to Ross, Harry plays at out-half and can be creative with his kicking from hand.

The younger Byrne made his senior debut in the first game of the 2019/20 campaign, away to Benetton, replacing his brother.

Since then, he has gone on to get nine caps and put 51 points on the board, including a couple of tries against Ospreys in his first RDS appearance and Dragons in his first start. 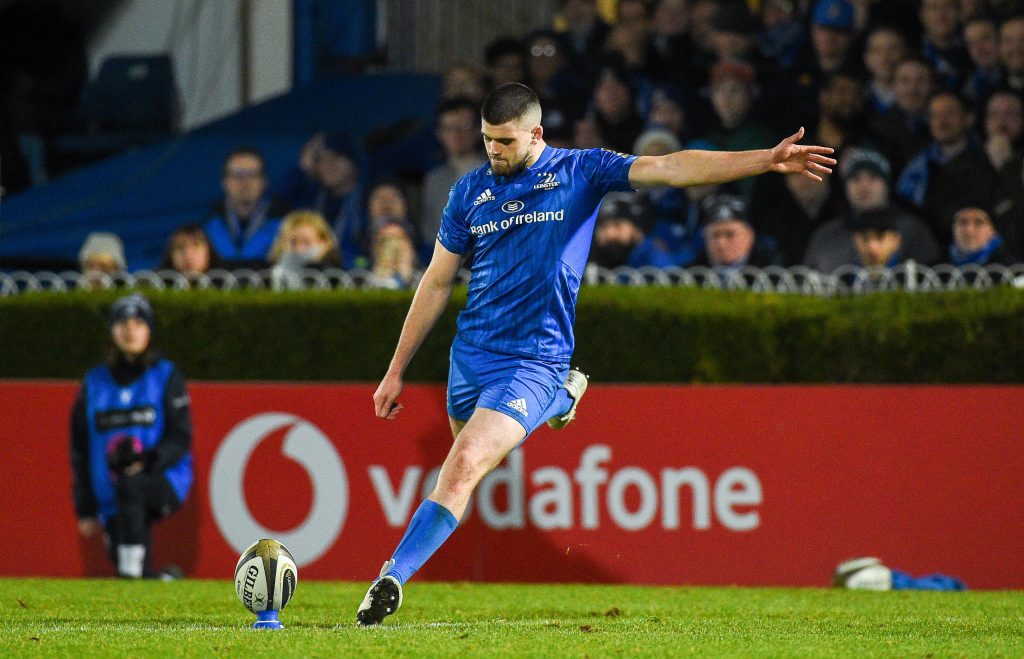 Of the five players promoted to the senior squad for 2020/21, Jack Dunne was the first to taste senior action in the blue of Leinster Rugby.

The second row made his debut back in February 2019 against Italian side Zebre.

Another from the St Michael’s ranks, Jack is now a student of Theoretical Physics in Trinity College, where he received both a rugby scholarship, representing DUFC, and was part of the acclaimed Naughton Foundation which awards scholarships to just 36 students each year.

Standing at 6′ 7″, Dunne has made seven appearances for Leinster as well as 10 for Ireland at Under-20 level. He has also shone for Leinster ‘A’ in the last two Celtic Cup-winning campaigns. 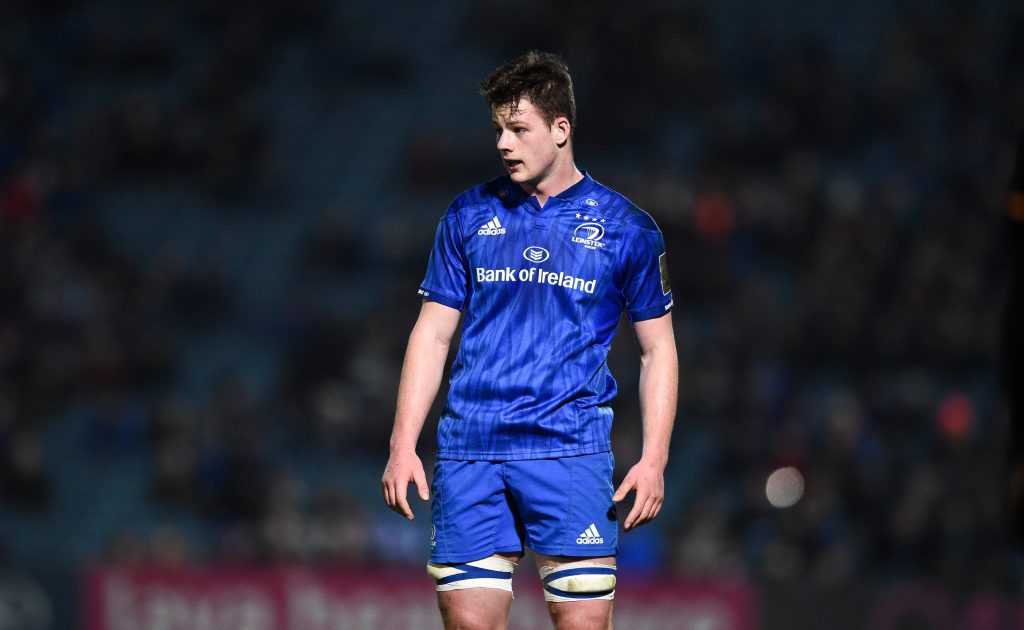 The sole back on the list, Tommy O’Brien made an impact this campaign after getting his maiden appearance in the interprovincial against Ulster back in December.

Lining out that night in the centre, O’Brien performed well under the watchful eye of experienced midfield partner Robbie Henshaw.

The former Blackrock College man is a former Leinster Schools 110m hurdles champion and will be known by followers of Leinster ‘A’ as a serious threat with ball in hand.

He also appeared in the 13-6 win at Thomond Park in December and scored his first Senior try at The Gnoll against Ospreys in February.

O’Brien is also a former captain of the Ireland Under-20 side. 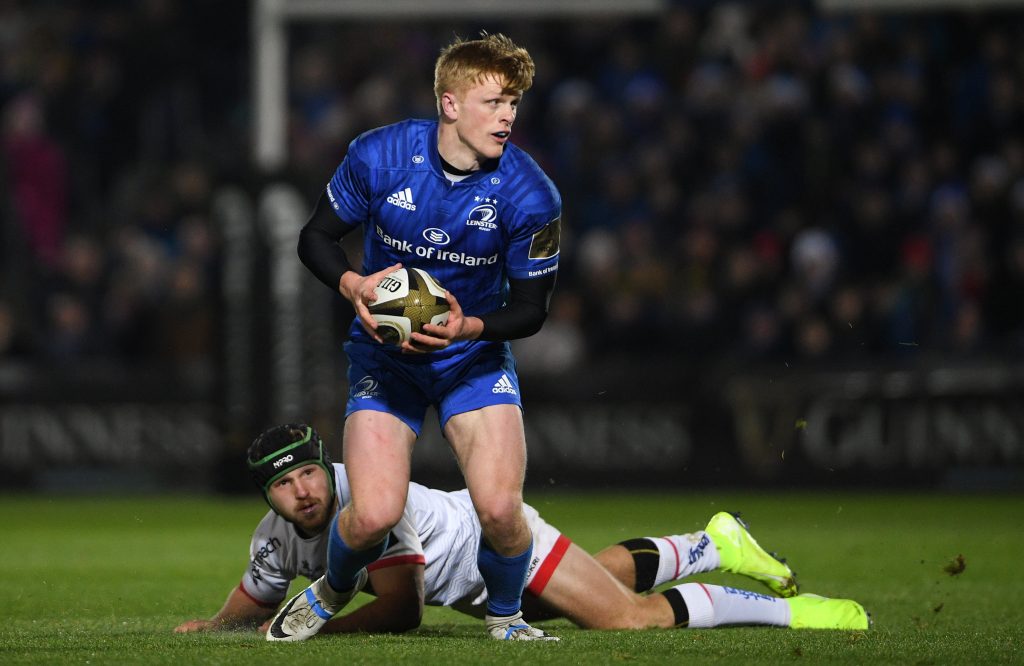 Twenty-one-year-old hooker Dan Sheehan is the only player being promoted from the Academy this season without yet making a Senior appearance for the province.

Sheehan credits his lineout throwing ability to three years spent living in Bucharest where long days were whiled away throwing a ball in the garden with his younger brother Bobby.

He has lined out for Lansdowne in this year’s Energia All-Ireland League, filling the jersey left vacant by Rónan Kelleher’s progression up the ranks.

A graduate of Clongowes Wood College, Sheehan was also an integral part of Noel McNamara’s side who reclaimed the Celtic Cup late last year, scoring eight tries in eight appearances. 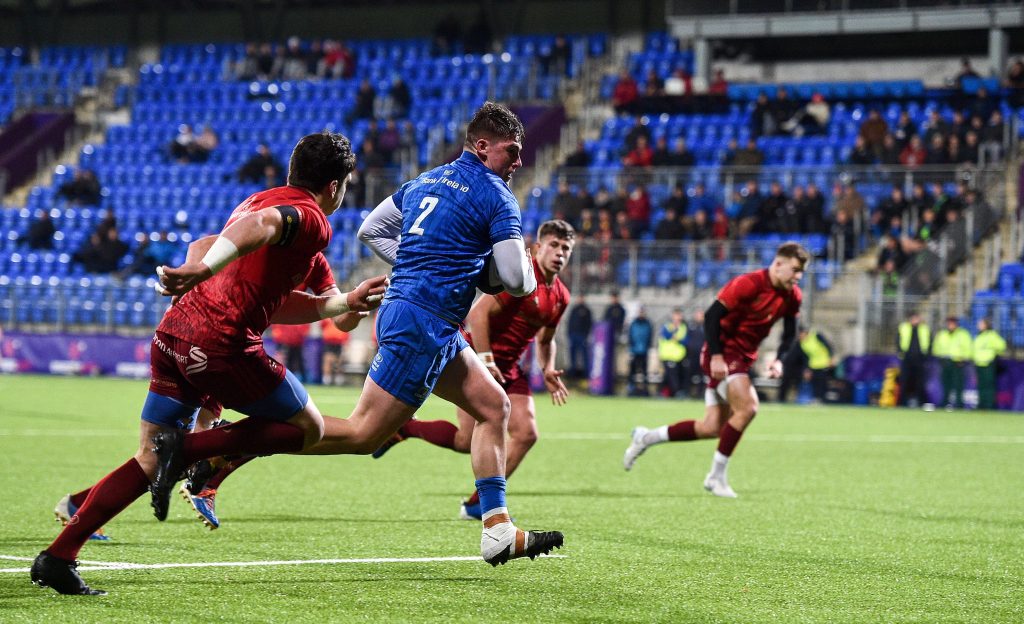