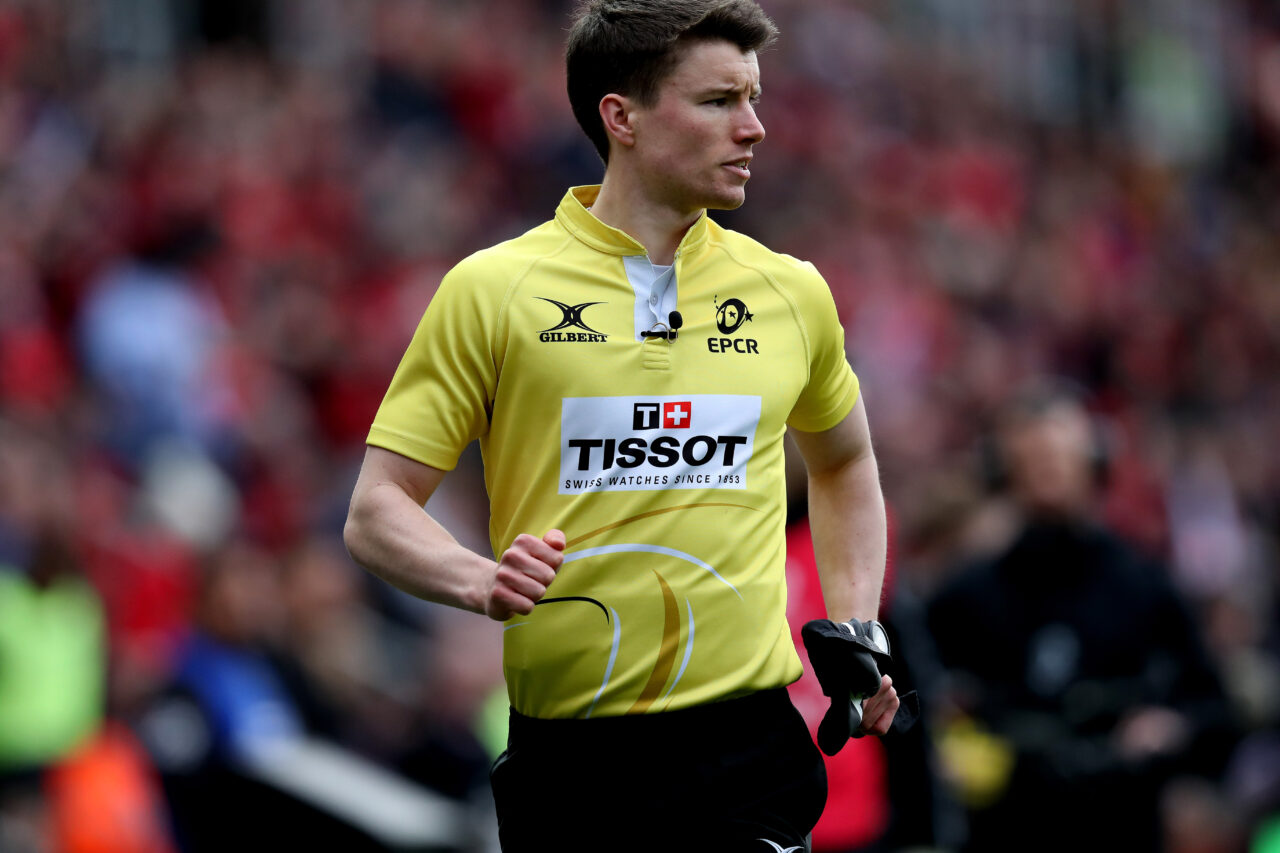 As part of our Pride month celebrations, we caught up with Craig Maxwell-Keys, English rugby referee, about the Rainbow Laces campaign and his own experiences of sharing his sexuality.

The process of opening up, ‘coming out of the closet’, was not straight-forward for a quiet, introverted and younger Craig Maxwell-Keys.

It was to his closest friends, Vanessa and Stephen, he turned to when the time came, quite simply, to be himself.

“It was a huge conversation to have with my best friends,” he says.

“I tried to have it two or three times, but always pulled out. With any valued relationship the constant fear was: ‘How will they react?’

“Looking back on it, my biggest regret or embarrassment is that I could have ever doubted how they would react.

“If I’m honest, I knew deep down the reaction was always going to be positive and supportive. Yet, I still doubted them.”

Ultimately, the support was unwavering, the loyalty and love of Vanessa and Stephen sealed by a secret shared.

Until then, a mile-a-minute pace of life didn’t leave much time to sit and stew over the complexities of his personal life.

Slowly, surely, Maxwell-Keys had grown to appreciate how an issue unresolved could fester into something more sinister.

“There were certainly hard times when no one else knew. It was just you with your thoughts. It was quite dark,” he says.

“You do question how you are going to navigate through it. Those thoughts can spiral quite quickly.

“You do need that soundboard, that support system, to think it through.”

Back then, in an overall context, he was experiencing life fully for the first time, seeing the sort of future he could have all around him.

“It was at Leicester University where I accepted I was gay and I had two years working in the pharmaceutical sector, a field I had spent four years getting a degree in.

“I was in a really positive place. I was loving life,” he shares. 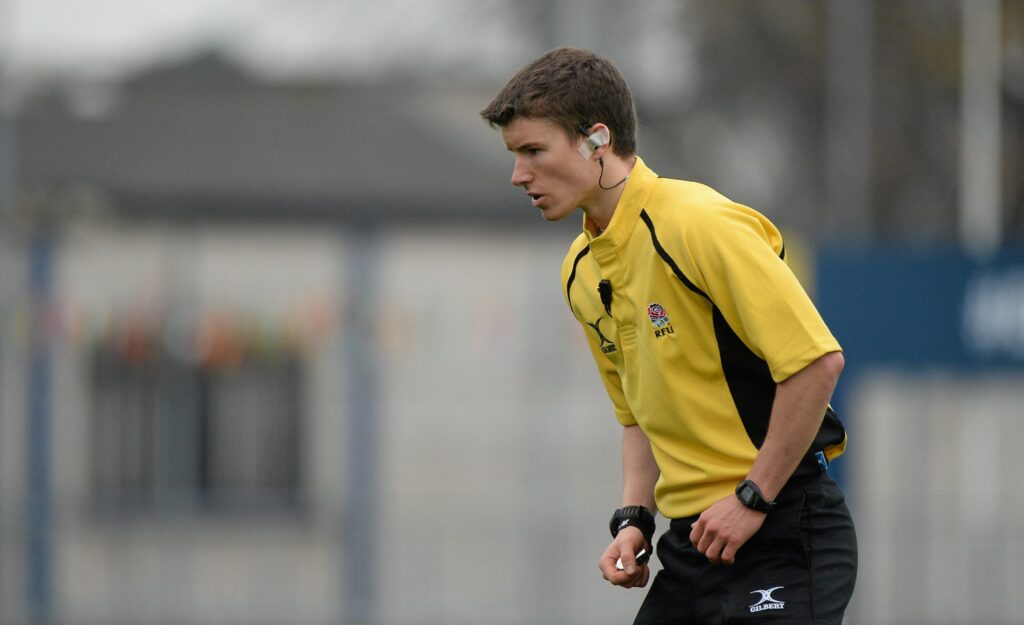 “To me, coming out would put me in an even more positive place simply because all the energy you spend monitoring and censoring your every interaction could be reinvested in me being more authentically me.

“I just went from a good place to an even better place,” he says.

“The thing that prompted me to come out was slowly being surrounded with (heterosexual) people who had boyfriends or girlfriends, making their lives together.

“They were sharing their successes together. But, also, when they were low, they had someone to turn to.

“That is what was missing from my life. I didn’t want to do that on the down-low, behind closed doors, hiding that part of me away.

“If I wanted to fully embrace life, I had to come out.”

Eight years later, the 31-year-old has climbed to the upper-echelons of the rugby refereeing circuit in England, taking charge of last year’s Premiership final between Exeter and Wasps.

He has been the perfect role model for driving Rainbow Laces, an initiative where participants wear multi-coloured laces in their boots or trainers, to show their support for LGBT equality.

It has transformed from a campaign originally focused on homophobia in football to something acknowledging the challenges of the LGBT community across all sports.

“I knew about Rainbow Laces from TV as a kid growing up, the profile coming from the Premier League,” states Maxwell-Keys.

“I never wore them, even initially, when I came out to friends and family because I didn’t want that focus and that attention.

“For me, it didn’t start a conversation with my family. But, it did make me more aware. That is where the campaign has its value.”

It was not the trigger for Maxwell-Keys to come out. But, it was one more brick removed from the wall of silence he had built up around his sexuality.

“It definitely played a part in the sense that I knew what Rainbow Laces was, what it was trying to do in the community.

“You start to be more aware when you see different Pride initiatives pop up around the Rainbow Laces.

“I suppose it was that slow step towards seeing there is a lot going on across society to raise the profile of the LGBT community.

“It took me from not knowing anything, being oblivious and naïve to what the LGBT+ community was, to opening the door into the community.

“I know the ‘Lace-Up With Pride’ campaign in Ireland is looking to make matters better too.”

It aims to raise vital funds for BeLonG To, by selling rainbow shoelaces for €4 with all proceeds donated to the cause.

Three years ago, the admission of his homosexuality to Vanessa and Stephen led to a release from the psychological prison he had been bound by.

Two years ago, he took the advice of his boss Tony Spreadbury, met with fellow referee and LGBT+ proponent Nigel Owens before making his private life public.

The Rainbow Laces were a symbol of his new-found freedom of expression and a sign of his support for those who have not yet completed their journey into the light.

“As soon as I came out, I started wearing them. I wear them all the time. I don’t take them out,” he says.

“As much as I talk about awareness, as much as it is Pride month, wearing them all the time is a constant awareness prompt for me and for anyone who sees them.” 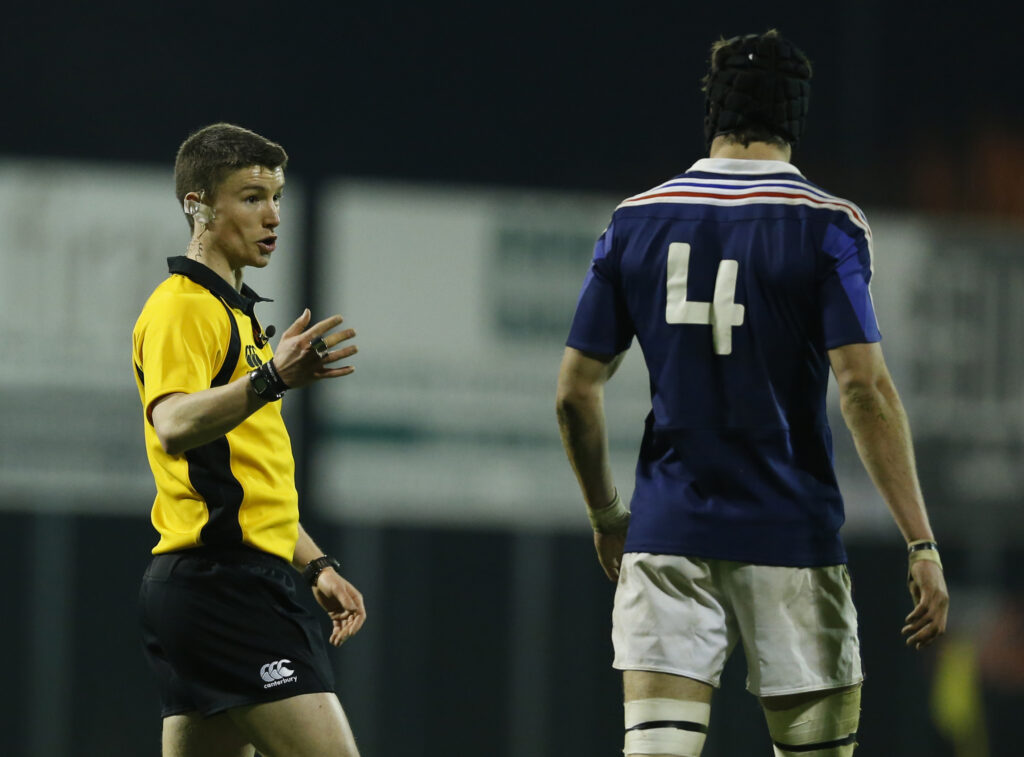 He has been lifted up by the numerous players who have expressed their support for his openness.

“After I did my first piece for Rainbow Laces, two years ago, the biggest surprise was the number of players who went out of their way, pre or post-game, to come and find me for a one-to-one chat, just to say ‘well done’, or ‘great work’.

“It was quite eye-opening how honest they were when they came to chat to me, sharing stories how their friends had come out and how my story shed more light for them on the journey their friends had gone through.”

This is not to suggest that rugby has reached a state of equilibrium, a place where competing views are accepted with complete grace and decency.

“The game has come a long way. But, there is clearly more to be done,” he notes.

“My focus with Rainbow Laces is to be a catalyst for conversation,” adds Maxwell-Keys.

“On a wider scale, it is about how you engage with communities, what programmes you run. That is where you will see more substantial change over time.

“In rugby, you often hear the result will take care of itself. More gay players choosing to come out will happen if the game has its culture right, driving and representing the whole of society that clubs are part of.

“The moment a top-flight player comes out, the attention they would receive would be way more than I or even Nigel (Owens) gets. That must be pretty daunting.

“However, there will come a tipping point where the media focus they will have to deal with will not be as great as the freedom they will gain from coming out.”

This he knows from personal experience.