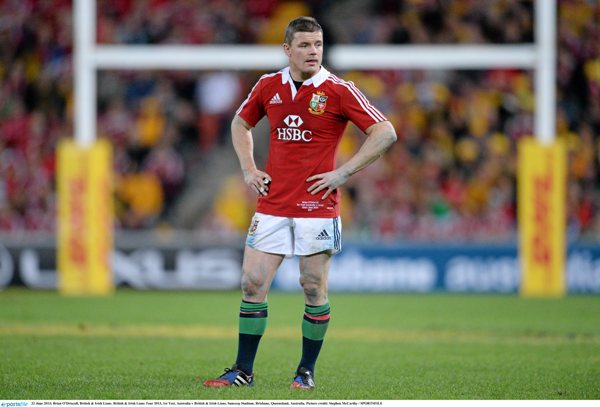 The British & Irish Lions have announced the team to play the Wallabies in the 2nd Test at Etihad Stadium in Melbourne on Saturday (KO: 11am Irish time) and this weekend there will be four Leinster players in the panel…

The starting XV comprises five changes to the side that won in Brisbane last Saturday.

Jamie Heaslip, Brian O’Driscoll and Jonathan Sexton retain their places in the starting line up while Sean O’Brien is added to the bench after impressing against the Melbourne Rebels on Tuesday.

Scrum-half Ben Youngs is promoted from the bench to replace Mike Phillips. He joins brother Tom, who plays his second Test at hooker, while flanker Dan Lydiate, who captained the Lions against the Rebels on Tuesday night, replaces Tom Croft and wing Tommy Bowe takes over from Alex Cuthbert on the right wing following his return to full fitness.

Two additional changes are forced by injury. Second row Geoff Parling replaces Paul O’Connell, who suffered a fracture to his right arm in the 1st Test while Makovina Vunipola takes over Alex Corbisiero, who strained a calf muscle in the same game.

British & Irish Lions Tour Manager Andy Irvine said: ‘We are one Test to nil up and have a wonderful chance to win our first series since 1997. Sixteen years is a long time to wait for a series win. We were very close in 2009 and the whole squad is firmly focused on victory this weekend.

“The Wallabies are always a tough proposition at home and showed in 2001, after losing the 1st Test, that they are capable of coming from behind in a series. We will not underestimate them and will be prepared.”

Head Coach Warren Gatland said: “We said after the First Test that we had improvement in us and we are confident that this is the case. Several players have put their hands up this week and have forced their way into the Test side while several players have returned to fitness.”

“That is typical of Lions tours. We want players to constantly push for selection, we then select who is on form and who is available. Based on that we have selected a squad that is capable of winning the Test and securing the series.”