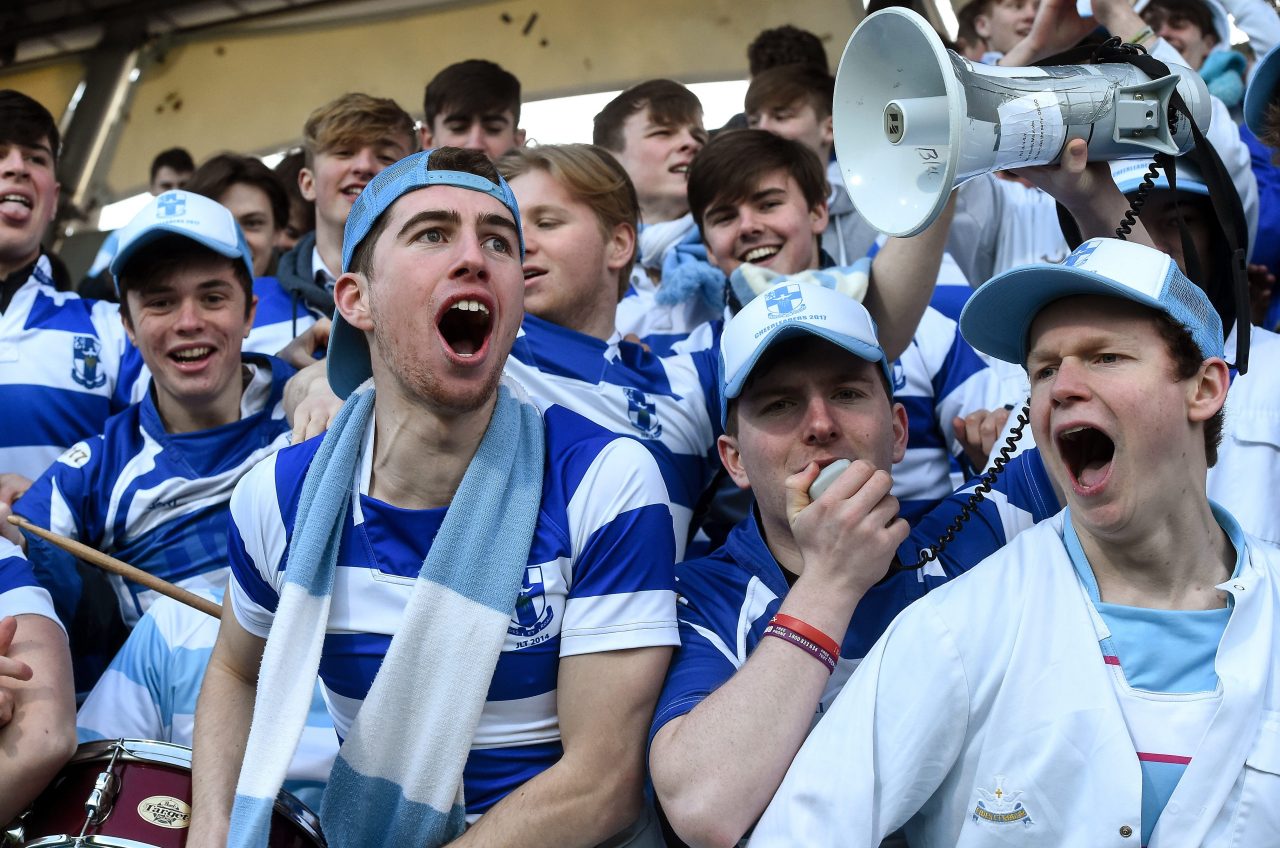 The Williamstown school put their maul into gear almost immediately, not once, but twice.

The first time they moved the ball, Terenure out-half Mark Fabian stepped in to intercept and wing Luke Murnaghan took off down the right.

When the recycle came, centre Dominic Henry-Hayes poked the ball through on the floor to cause Patrick Patterson to come to the rescue.

‘Rock prop Giuseppe Coyne picked up a loose ball to set up a counter attack, number eight Cian Reilly pounding the yards up the left and fly-half Peter O’Reilly setting wing Tom Maher away for the opening try converted by O’Reilly in the seventh minute. 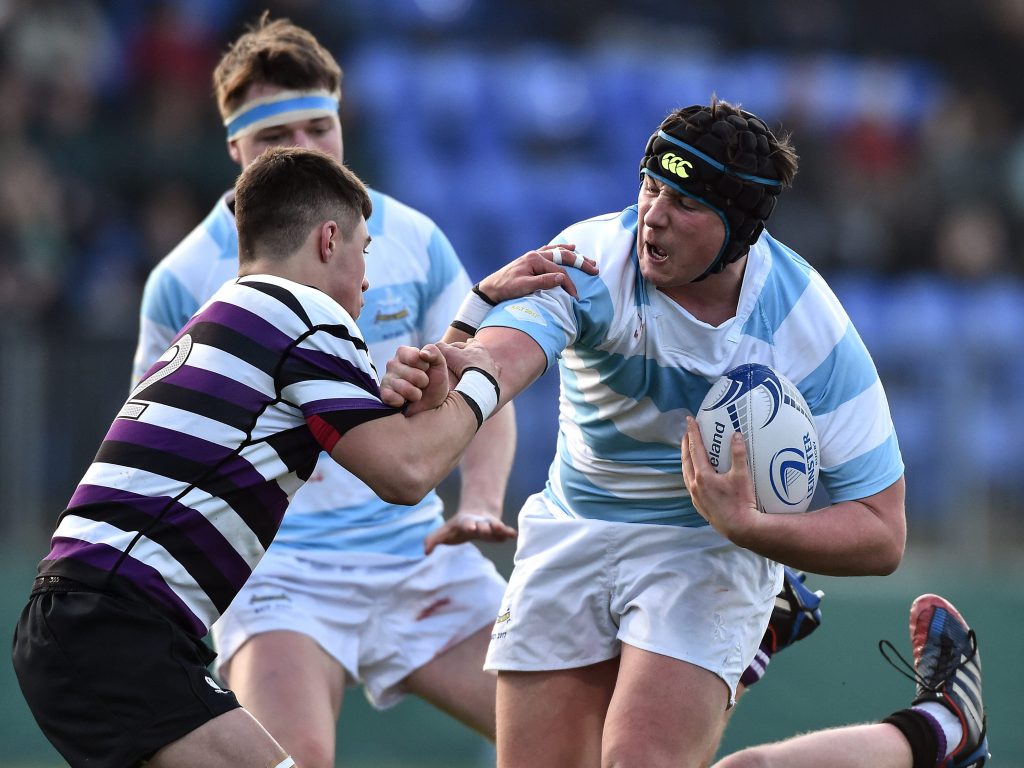 A charge by tight-head Thomas Clarkson from the restart triggered a lightening raid in which left wing David Heavey was called back from Ross Deegan’s forward pass.

‘Nure almost struck back when Mark Fabian’s show-and-go was undone by a pass not going to hand.

It was Patterson who swooped to conquer prop Adam Tuite, forcing a penalty which O’Reilly could not convert.

Terenure were finding holes in the middle, Henry-Hayes the latest to cut through without enough support.

It was being played at lightning speed, Patterson putting Tom Roche through a hole until the full-back lost his footing.

There was space on the right and Roche gave the final pass for Maher to touchdown again for 12-0 in the 21st minute.

Terenure were just about hanging on. They needed to strike back.

They found ground from Luke Murnaghan’s flying field in the air and moved with skill for fly-half Mark Fabian to connect with Adam La Grue, who’s inside pass was finished by left wing Zach Vaughan.

TRY @TerenureCollege!
29 mins: Blackrock 12-7 Terenure. Terenure are right back in the game in Donnybrook. #LSSC https://t.co/ybcT8Bo9ta

They continued to play their way out of trouble through the hand, paying the price when a ball hit the floor. It took the intervention of ‘Nure captain Adam Melia to prevent a try just before the break.

Blackrock came out quick, Roche’s offload carrying too much heat for Maher to claim his hat-trick.

They were taken back for a penalty which O’Reilly could not make.

When Terenure did not lift the siege, the constant stream of runners bore down and Patterson nipped to the posts, Reilly to make it 19-7 in the 43rd minute.

The speed and line of running of La Grue was sensational and Fabian kicked in behind when there was nothing else on.

They were patient and waited for full-back Sam Dardis to split the cover with his footwork and David Heavey to tackle Murnaghan into touch. 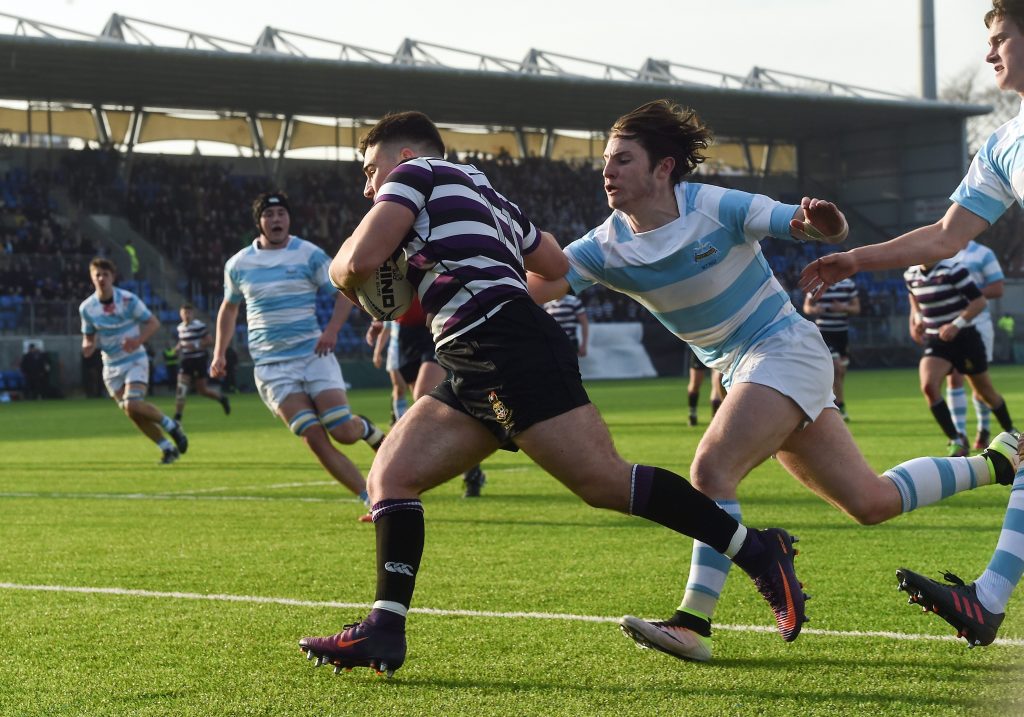 ‘Nure passed up certain points for a scrum, but were thwarted by their inaccuracy.

The bigger ‘Rock boys rumbled in the maul and pressured for a penalty which O’Reilly struck for 22-7 on the hour.

There was nearly a quick response until Andrew Murphy turned the ball over to relieve pressure.

‘Rock finished on the front-foot, their maul making it close for replacement Mark Phelan to squeeze in at the right corner.