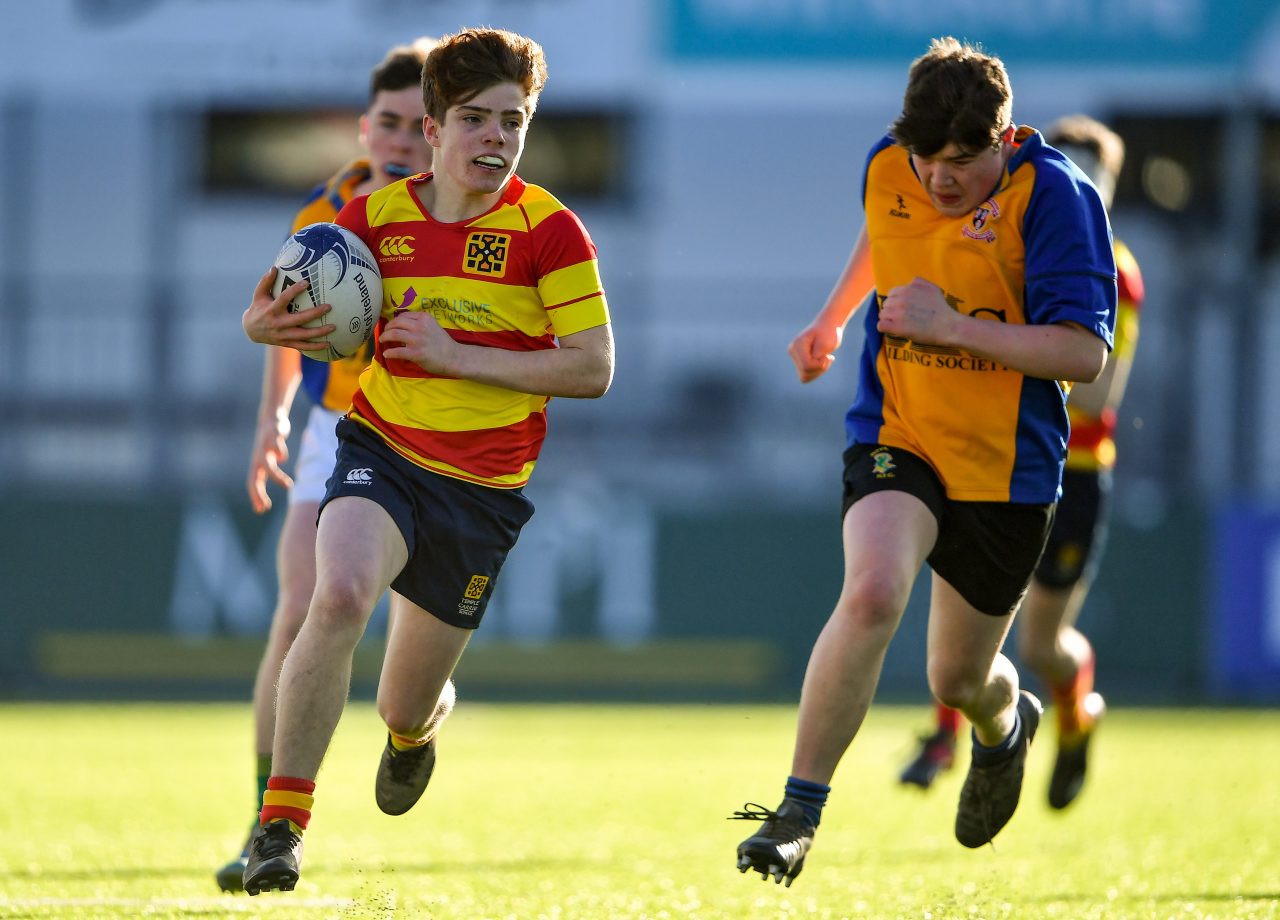 Temple Carrig kicked off the day’s action with a win over St Mary’s Diocesan, Drogheda.

Rhys Gamble started them off with a blitzing run to score the opening try after just 10 minutes and they quickly added two more taking the lead to 19-0.

St Mary’s launched a second half come back and, at one stage, had pegged it back to 24-19 but Temple Carrig kicked on with a clinching score from Daire Fenlon at the death to book their place in the next round.

In Templeville Road, CBS Naas ended Wesley College’s campaign with a 24-19 win in a game refixed from yesterday.

Ronan Dunne and Paul O’Dwyer scored first half tries as the Kildare school built a 14-7 lead before the interval.

Ciaran Kavanagh and Riad Redfern extended the advantage before a spirited Wesley fight back saw them come up just short in the end.

Two Oran Handley tries in the last seven minutes brought Wesley to within a score but they had left themselves too much work to do.

CBS Wexford were winners over Newpark Comprehensive at Wicklow RFC’s grounds, a clinical first half seeing them to the finish line.

They led 24-5 at the break and, thanks to tries from Fionn O’Callaghan, Kaylem Codd (2), Grant Palmer and Luke Cullen, were able to keep Newpark at bay.

The Blackrock outfit did have a response after the break with tries from Jacob Llewelyn and Thomas Wride adding to Oscar Hurley’s first half five-pointer. It finished 34-19.

The final game of the day took place in Lakelands where Templeogue College and The High School faced off.

At the break, The High School held a 12-7 lead after tries from Archie Sheridan and Zak Hopkins, one of which was also converted by Hopkins.

Sam Kennedy got the second half’s only score, converted by Hopkins, while Templeogue were unable to add to Rhys Morgan’s first half effort.