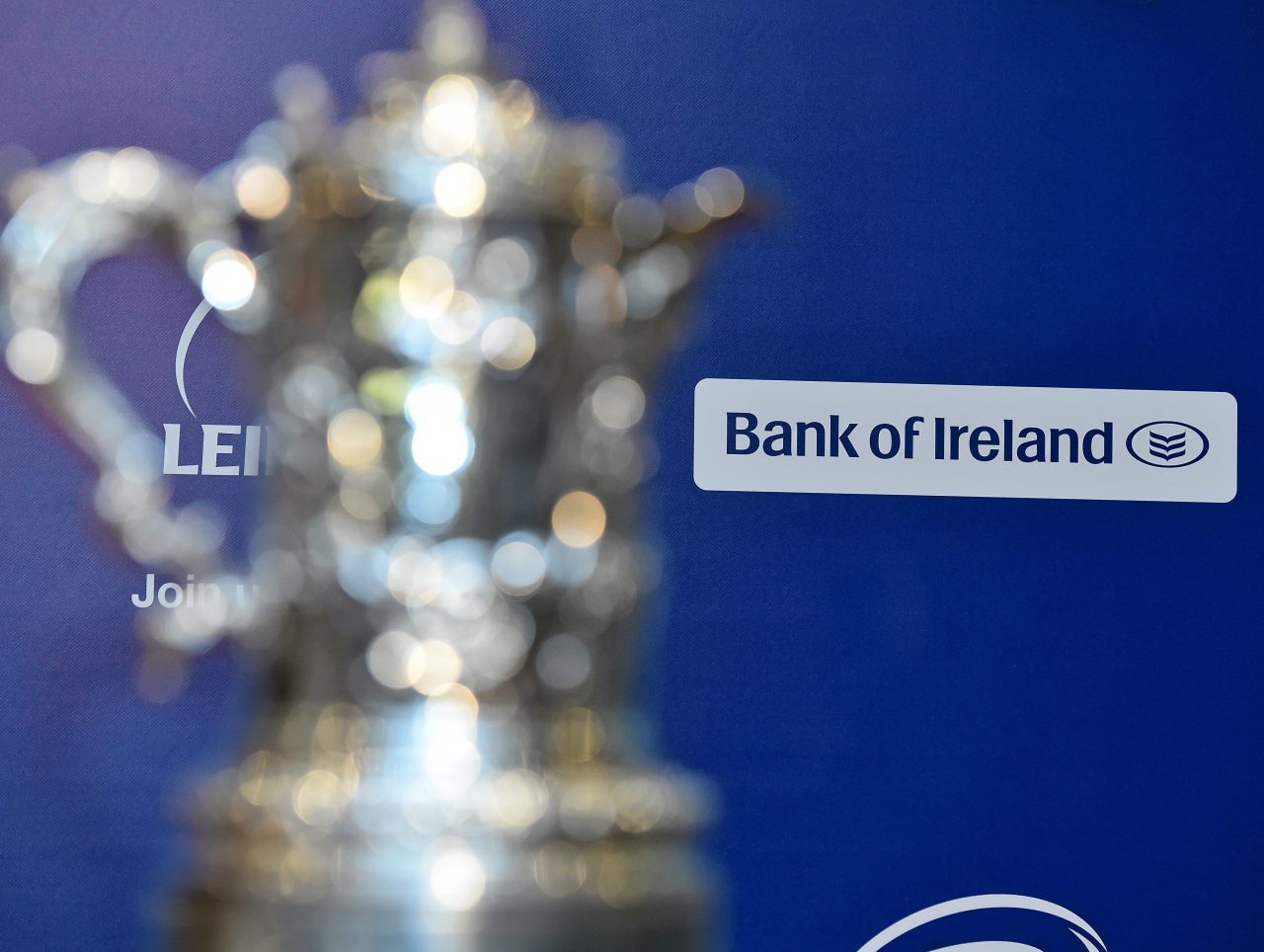 The draw for the first round of the Bank of Ireland Provincial Towns Cup was conducted on Saturday in the Ballsbridge Hotel before the Champions Cup game against Harlequins later that evening.

John Glackin, President of the Leinster Branch, welcomed everybody and praised the uniqueness of the competition that is now in its 90th year.

Bank of Ireland regional manager Colin Kingston said that the Bank is thrilled to be involved with such a prestigious and historic tournament.

Leinster’s Fergus McFadden and Ian Murray from Bank of Ireland drew the balls and the first round has thrown up a number of juicy ties.

Tullow against Cill Dara is a clash of two teams that have come close to winning the fabled pot in recent years without ever quite getting there, and indeed they met in a cliffhanger of a semi-final in 2008 when the Carlow side made it through to their first ever Towns Cup decider on an 11-5 score line.

The local derby between New Ross and Wexford Wanderers was greeted with a loud cheer and there are other neighbourly meetings with Naas v Portarlington, Kilkenny v Co Carlow and Roscrea v Portlaoise.

Midland Warriors in their second year in the competition drew a home tie with Wicklow. The two highflyers in their respective Leinster League Divisions will clash when Edenderry host Enniscorthy, and there is a repeat of the 1991 final when Navan host Athy.

The first round draw in full is:

Byes to the 2nd round:

First round ties will be played on Sunday 25th January at 2:30 pm and the draw for the second round will take place at one of the home venues that same evening.