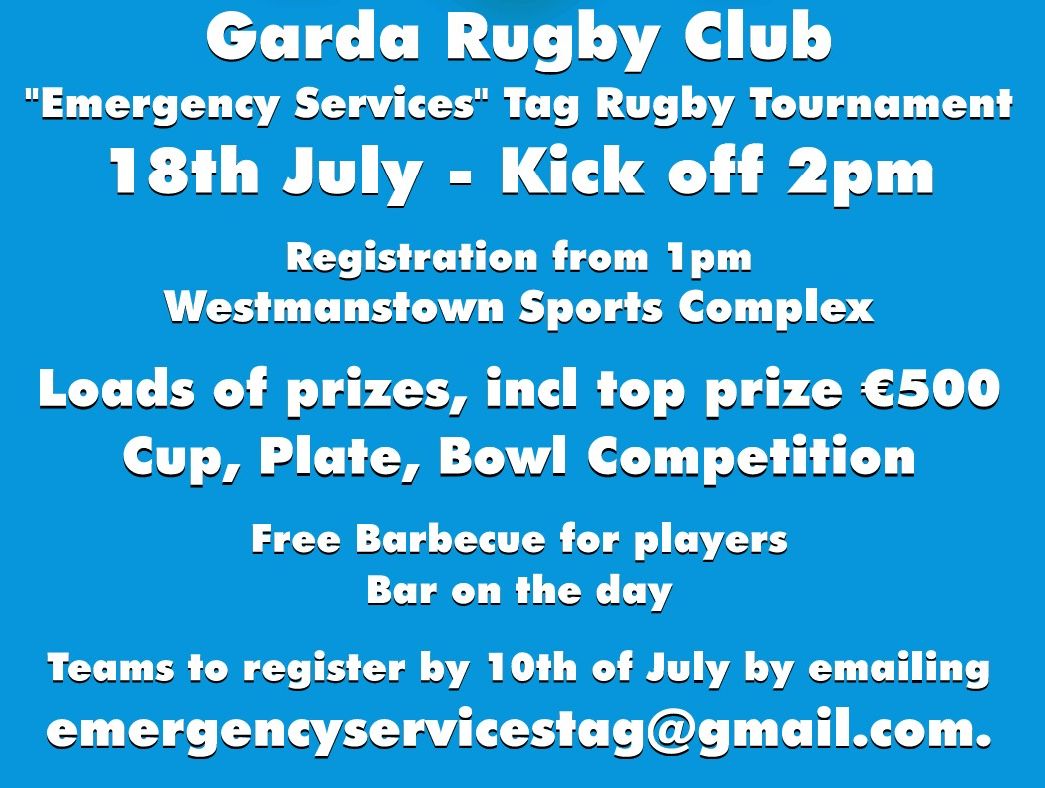 For the last number of years Garda RFC has pitted the Garda Stations across Leinster against each other in an Annual Tag Rugby Competition, with the event growing in size and success each year.

However this year the event is being expanded with the Club hosting the Inaugural Emergency Services Tag Competition, during which we will find out who is the fastest, fittest and most agile Fire Station/Garda Station/Army Barracks/Hospital/Prison etc.

With Garda RFC facing into its 50th season, it is fitting that this competition is being opened out mirroring the fact that Garda RFC is open to everyone despite what people might think and is actively recruiting new members for its male and female teams.

The Event will take place on July 18th this year in Westmanstown, kicking off at 2pm and will be followed by an after-party in the Jackson Court Hotel (where else!!)

So if you are a member of an Emergency Service out there and think your crew have what it takes, contact emergencyservicestag@gmail.com or if you would like to see what it’s all about, please come along on the day.