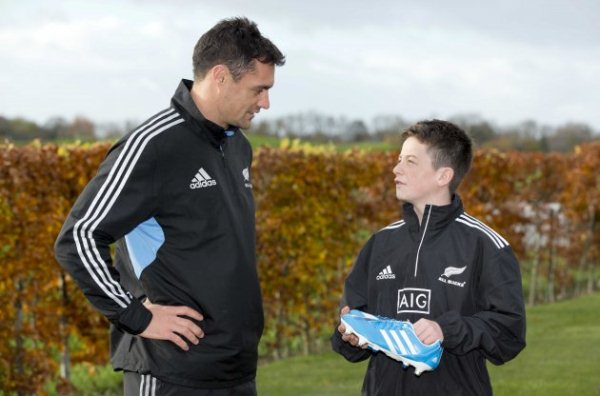 After Terenure College RFC’s, George Morgan, aged 13 upload a skills video to YouTube in April, he never thought that it would reach Dan Carter, let alone that a few months later he would be meeting his hero in person….

The clip, which now has more than 237,000 views on YouTube, was spotted by Dan Carter who shared it with hundreds of thousands of his followers on Twitter account and Carter even replied with this video clip.

Just got sent this. Future AB??? Actually he is Irish so he might be wearing the Green Jersey one day #FutureStar http://t.co/gaKXekz5io

Once Leinster Rugby saw George’s video, we brought him in to Leinster HQ where he met with Leinster Academy player, Tadgh Furlong and George had a chance to show off some of his skills.

George was invited along to the Leinster School of Excellence where Tadgh had previously benefited from and thought George would too.

The Leinster School of Excellence will be back again next Summer. Keep an eye on HERE for more information.