Give it a Try at Portlaoise Rugby Club 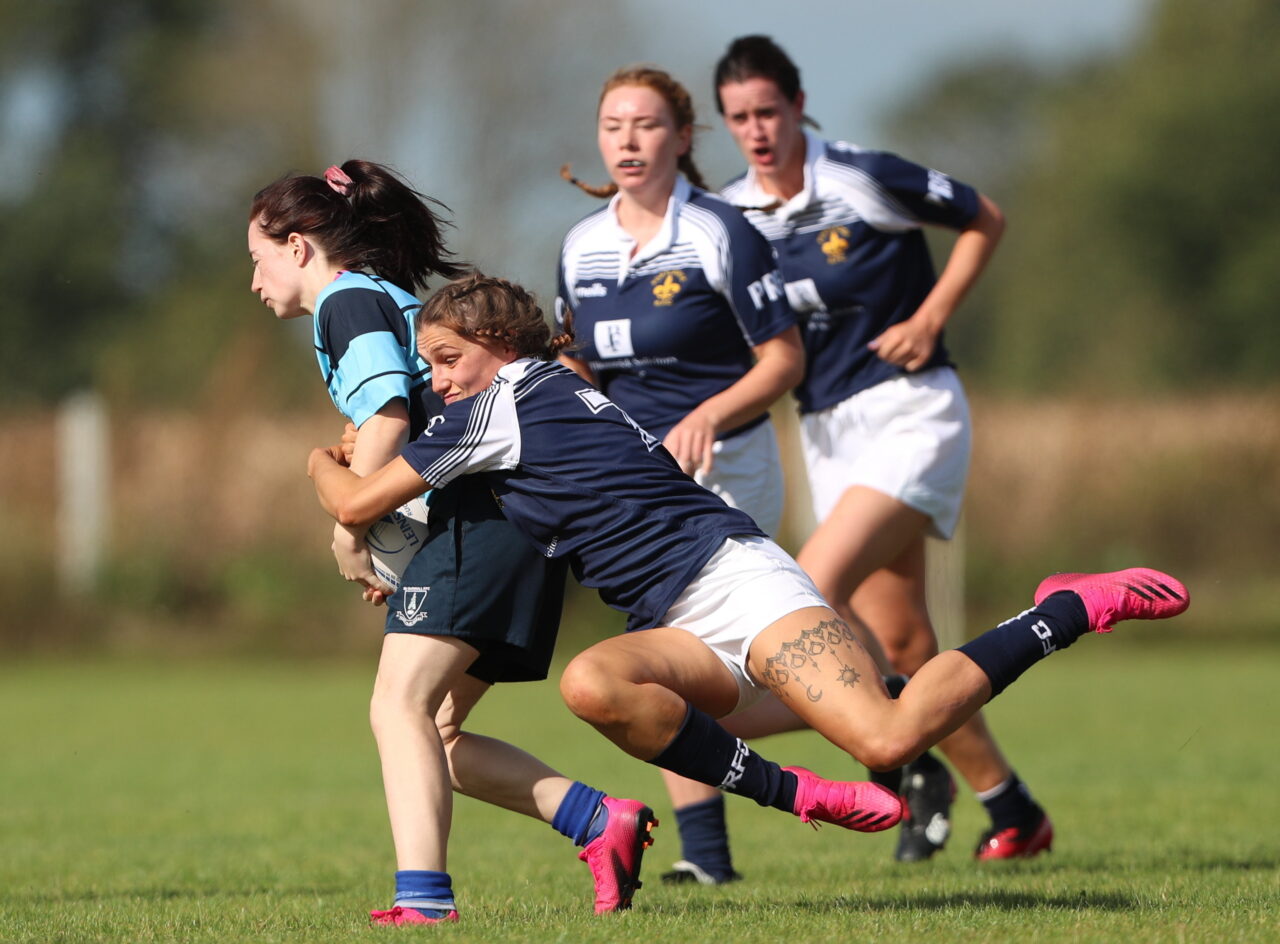 The first women’s team in Portlaoise RFC was established in 1997/98, largely due to the perseverance of a determined lady, Amanda Hade.

Amanda had taken up rugby in college in 1996 and, on returning to Portlaoise, she was keen to have a team to play on. Driven by Amanda, a team was formed and played a full season but, unfortunately, its success was short-lived as the team disbanded the following season.

The team was reformed in 2005, again driven by Amanda , after a number of women spent the summer playing tag rugby.

They formed a team and then applied to participate in the Leinster Development League. Coached by Gordon Matthews, John Guilfoyle and Eddie Tynan they won the title at their first attempt in 2005/06 with a squad of over 20 players.

The women again experienced success in the 2008/09 season winning Leinster Division 1 again under the guidance of Gordon Matthews assisted by Alan Flynn and Cormac Gilman. This qualified Portlaoise RFC Ladies to play in AIL Division 2, the first team in the history of the club to play at All-Ireland League level.

Following several seasons of development and finishing in the top four of that league, Portlaoise RFC finally made the breakthrough by reaching the AIL Division 2 final in 2012. This time they were coached by Mickey Fennelly and Ray Carroll assisted by Richie Bond, Hugo Griffin and ‘Butch’ Horan.

In the final, they beat a Queen’s side which boasted several members of the Ireland Women’s sevens squad on a cold afternoon in Ashbourne RFC. The club had now reached the height of women’s rugby in Ireland – AIL Division 1.

The following years saw the Portlaoise RFC Women playing in various competitions at different levels as the fortunes of the team fluctuated. In September 2020, Gordon Matthews took on the role of coach again and the club, after two early season victories, appeared to have assembled a squad strong enough to be competitive in Division 3 of the Leinster League only for the season to be cut short by the coronavirus pandemic.

The Portlaoise women are again poised to challenge for the title in Division 3 of the Leinster League this season and, while they have a reasonably strong squad, they are actively recruiting new players in order to develop the depth in the squad that is necessary for the team to compete for trophies on a regular basis.

A little piece of history was made at the Portlaoise RFC 2021 AGM when Amy O’Callaghan, the captain of the senior women’s team was appointed as Club Captain – the first woman ever to hold this position in Portlaoise RFC.

Portlaoise Rugby Club are hosting a ‘Give It A Try’ women’s evening at the rugby club in Togher, on Friday, 1 October, from 7.15pm.