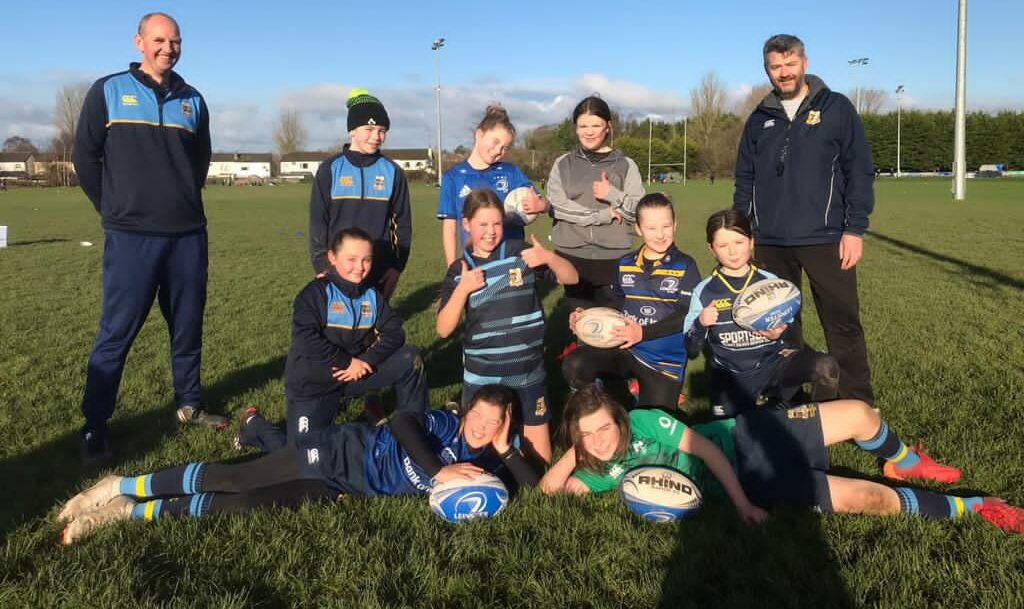 After the season was cut short last year, it gave the Navan RFC girls’ minis coaches time to think of ways to grow the group for 2020/21.

Their first training session in September had eight girls in total for the U-10 and U-12 age groups.

John Molloy helped kickstart a new wave of the girls rugby in the club, with six weeks of the ‘Give It a Try’ programme. This started increasing numbers, seeing new kids arrive to the club.

Rosi’s support combined with the club’s put the mini girls training front and centre with exclusive use of ‘Pitch 1’ every Saturday morning.

This gave the girls an enormous sense of pride and showed everyone in the club the growth and benefits of the section.

The club now have a pool of nearly thirty girls at mini level and the goal is to grow this further in 2021.

If you would like more information please contact Ollie McDonnell on 0877665657, or Navan RFC’s Leinster Rugby CCRO Evan Dixon.