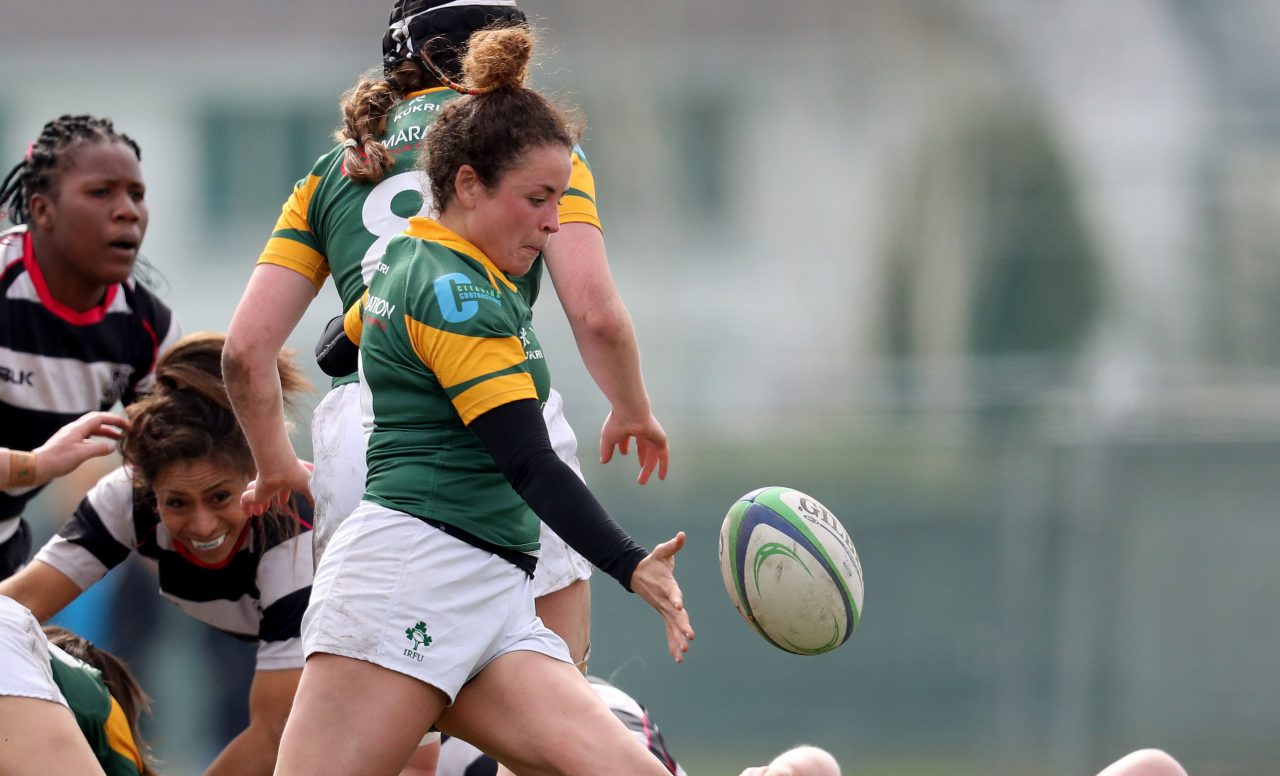 Larissa Muldoon was sitting in the Spanish sunshine in September, somewhere near Malaga, when the call came through. It was her close friend Juliet Short, the Ireland and Leinster Rugby flanker and one of the province’s Community Rugby Officers.

There was a job going.

“I was working with the GAA at the time as a development officer for north county Dublin. I loved it. I was settled. I was quite content,” said Muldoon.

“In the back of my head, I knew my passion is rugby. I love everything about it.”

There was no harm in sending in a curriculum vitae. A decision would not have to be made until if and when an offer was made.

“I had just come back from the water park. I had no laptop. I, literally, had to log into my email, find an old CV, update it then and there and submit it. The next day, I got a call from Leinster human resources asking me to come in. I was still in Spain. I did my first interview over the telephone and attended the second interview.”

Declan Fassbender offered her the role of Leinster Women’s Community Rugby Officer for the Metropolitan Area.

The experience Muldoon brought to the job description is undeniable.

The former Ireland scrum-half with 48 international caps was involved in the 2014 World Cup in France and the 2017 event in Ireland that didn’t go so well. 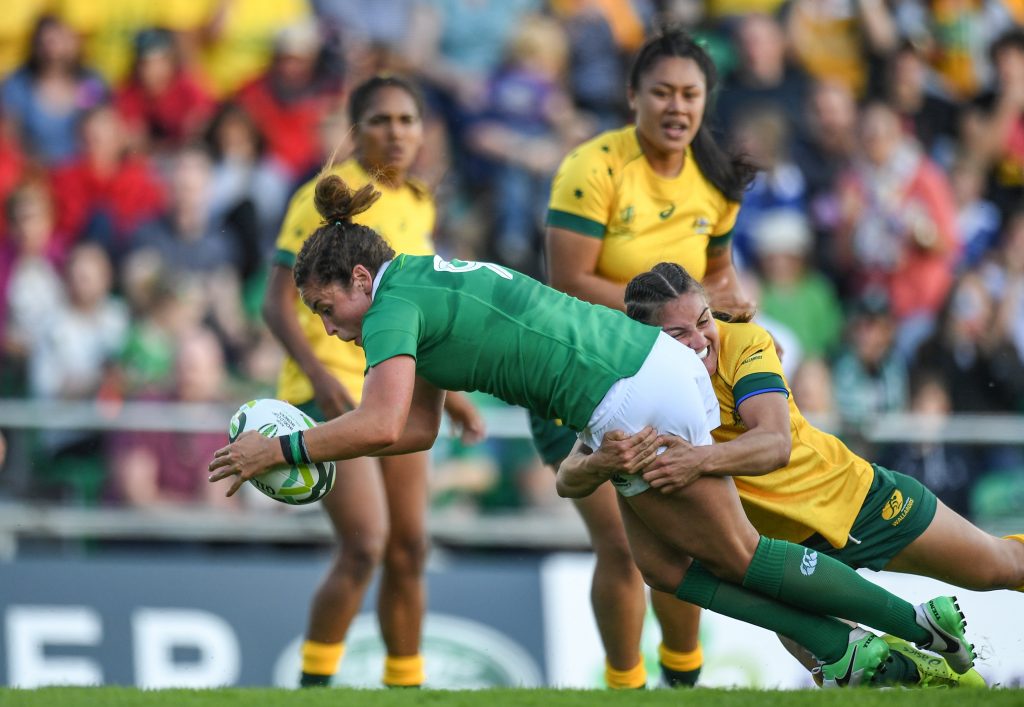 “After the World Cup, I stepped away from playing the game for personal reasons. I was very grateful to wear the green jersey. But, I wanted to get away travelling. I went to Thailand for two months.

“I concentrated on playing for my club and representing Ulster, getting back to enjoying the game without the pressure and the strain. That Ireland team was about five years together. I had been in the set-up since I was 19. We had built up an incredible bond. We won the Grand Slam in 2013 and we won the Six Nations in 2015.”

Muldoon had the playing credentials and the organisational skills from working with the GAA and, previous to that, being involved in generating interest in the Women’s game for the Ospreys and Cardiff Blues where she studied Physical Education at the University of Wales Institute Cardiff, now the Metropolitan University.

“It is baby steps for the minute,” she said about spreading the gospel of girl’s rugby.

“The more it can be seen that it isn’t alien to hold an oval ball, the easier it will become to generate the interest and the numbers we want. The more girls can see that women are actively involved in promoting rugby, coaching rugby, the more likely they are to think this is for them.

“You are looking at your minis, your youths and your adult section. The job is very wide-ranging. My role is partly funded by Dublin City Council which has a big impact on everything we run. We have to show our figures, how we’re constantly growing the game. You have to be accountable.” 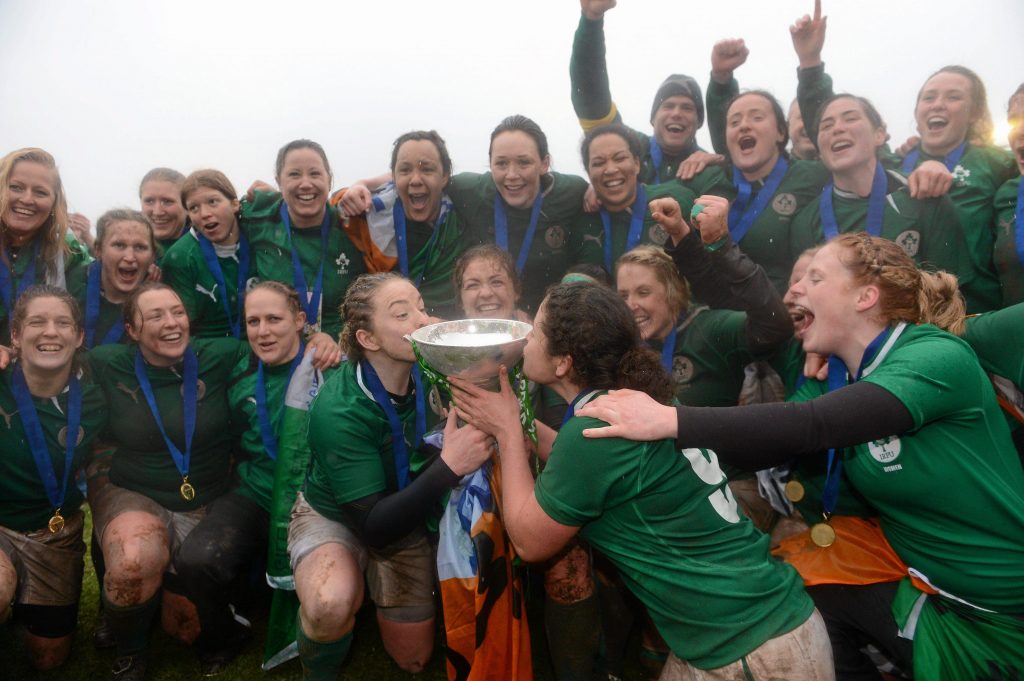 “I have the responsibility in terms of all the girls’ programmes,” said the former Ireland scrum-half.

“It is a new role. It hadn’t existed before I came to it. I didn’t have any perceptions of it; I was free to put my own spin on it. I knew I had to get the schools on board to build sustainable structures in the clubs. The basis of it is to create a path. If we do our jobs in the schools, it will feed into the clubs.”

Starting from scratch, Muldoon surveyed all the clubs to find out how many girls are playing rugby from eight-to-18, topping out at 500-plus in the Metro area.

“There is a three-year plan. I’d love to see those figures doubled at the end of it.”

Progress has already been made. The two schools that already played contact rugby, Temple Carrig and St David’s, both in Greystones, have been joined by The High School in Rathgar, Wesley College, The King’s Hospital, Mount Temple, St Dominic’s in Ballyfermot and St Wolstan’s Community College in Celbridge, the only school from outside the M50.

In behind those, there are 31 schools actively participating in Tag programme blitzes. They are obvious targets.

“We had a blitz in November and there were over 300 girls in Clontarf. We ran an introduction to contact with the Tag Teams in Energia Park and we had over 420 girls between Junior and Senior,” said Muldoon.

“It was mad fun. We had four tag pitches, two contact pitches, Junior, Senior. It is slowly, but surely progressing and we want to introduce contact in a safe environment and we will be doing teacher-training in the summer.”

The road ahead is long and painstaking. Muldoon is one of those at ground level fighting to increase the participation levels in the game.

“We are in that infancy period,” she shared.

“I do love a challenge. What better way to grow the game, knowing you can teach the fundamentals early on?

“It is about giving young girls an opportunity to pick up an oval ball and have a bit of fun.

“If you can give them a good experience and have that impact on everybody, I feel like I’m doing my job. It is great if that experience encourages them to reach out to the local club.”

Find your local club and get involved using our Club Finder.

If you want to help to grow the girls’ or women’s game at your local club or school, contact your local Community Rugby Officer.