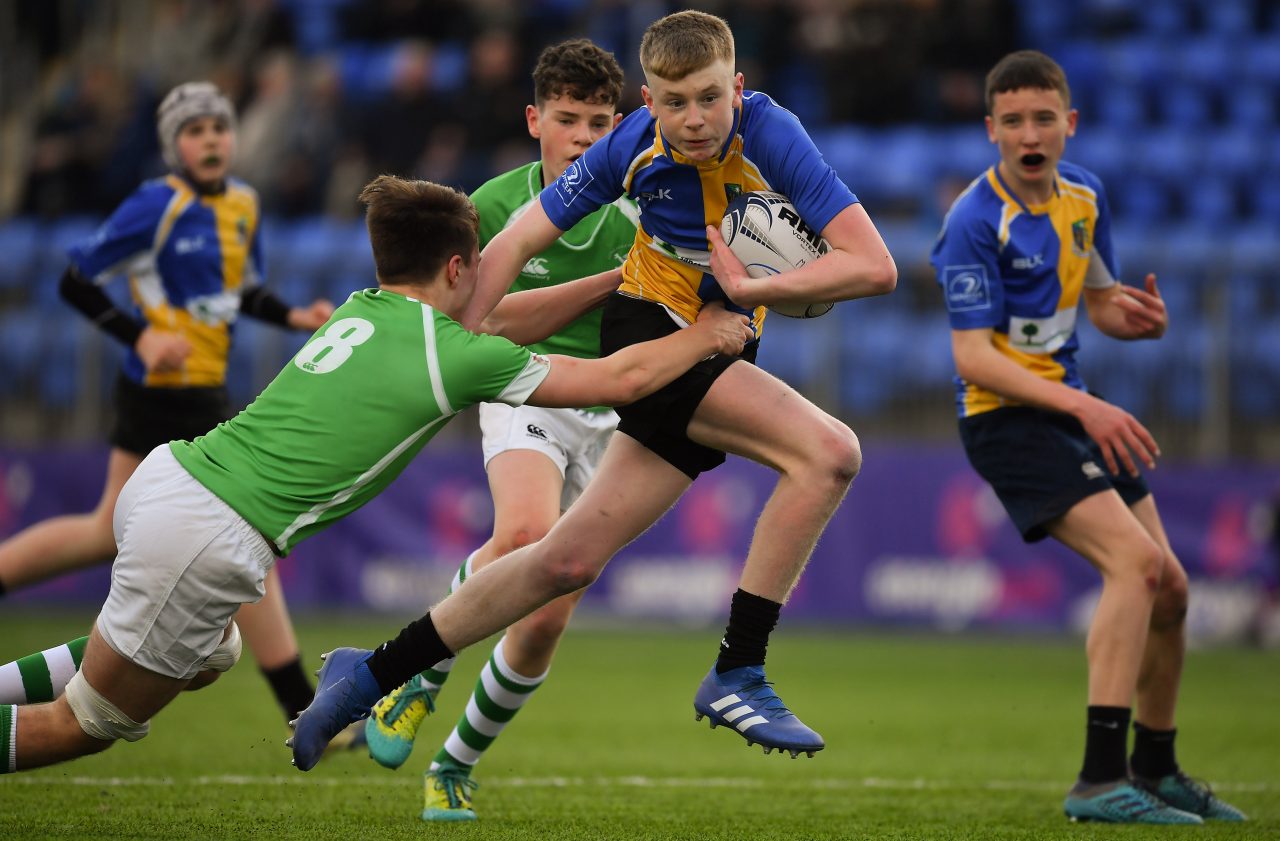 Gonzaga College showed a clinical side to their team in this Bank of Ireland Leinster Schools Junior Cup meeting with CBS Naas.

Naas will feel aggrieved that they didn’t make more of an extremely entertaining first half.

The attacking play demonstrated by their back-line was sublime but with little reward on the scoreboard.

On more than one occasion, ‘Zaga were dependant on the last man back to make a saving tackle.

With just six minutes gone, Naas’ support were celebrating a certain try when Charlie Sheridan intercepted on his own 5m line but play was called back for a ‘Zaga penalty.

From that, George Morris was able to force his way in under the posts, his try converted by Hugo McLaughlin.

The response from Naas was positive. They gained control of the pill and, again, their backs were lighting up Energia Park.

They continued in that same pattern when they recovered possession again but this time, their freedom in attack worked against them.

An interception from Stephen Higgins in his own 22 was returned all the way by the speedy winger and the positive spell for Naas was suddenly ruined.

A similar break produced ‘Zaga’s third try of the half, this time Hugo Neville stole possession deep in his own half before laying it off to McLaughlin.

McLaughlin quickly returned the favour when he spotted Calum Stout bearing down on him and Neville ran dotted down in the corner.

The second half went far more in favour of the men in green as they showed their clinical side.

Despite Osborne getting the first points of the half, crossing the white wash while Gonzaga were reduced to 14, the response from the Dublin school was heavy.

David Colbert was quickest to react to a loose ball and grounded in the 44th minute before captain Luka Hassett added another.

A second try came for Hugo Neville as the teams tired and space started to appear where it hadn’t been for the 55 minutes beforehand.

There was a late consolation try from Sheridan for Naas, who had been an integral part of Naas’ electric back line was the last action of the day.