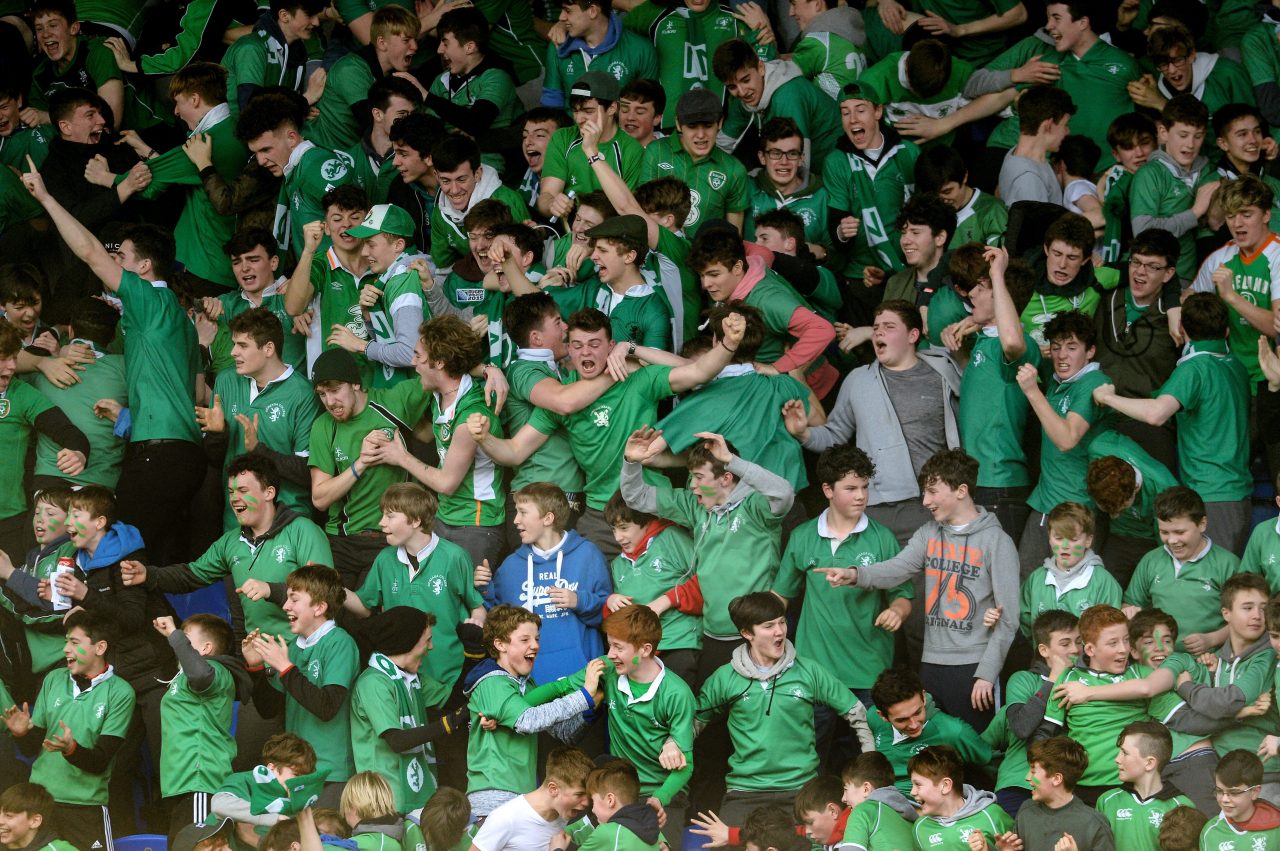 The winners blasted out of the blocks to go through the phases with scrum-half James Kenny the orchestrator and lock Eoin Buggy the last man to have his hand on the ball for the opening try in the third minute.

It was double trouble when ‘Zaga exploited the blindside from deep for wing Hugh Twomey to cut through in devastating style for full-back David Lynch to take it home for 10-0 in the sixth minute.

Roscrea were already on the rack. The perfect poach form openside Robert Enraght-Moony gave them the elbow room to build.

They just weren’t as well equipped to make big plays in a slower, more methodical approach.

Their threat around the fringes drew a penalty for offside. Out-half Conor Kelly’s kick left them with a five-metre lineout.

The maul was well-worked for second row Neal Moylett to twist to the line. Full-back Tadhg Bird converted for 10-7 in the 18th minute.

Captain Kelly picked up a turnover at a ruck and then lost his composure to tackle Michael O’Kennedy in the air.

This ceded territory and ‘Zaga hooker Conor Gleeson had to be hauled down by the vigilant Philip O’Shea.

It merely delayed the third try. The boys in green hammered away before lock Buggy strolled over unopposed for his second try. Fly-half O’Kennedy converted for 17-7 in the 24th minute.

The response was immediate and impressive as Roscrea blew away the fringe defence time and again, with prop Michael Milne to the fore, for Kelly to feed centre Philip O’Shea for a fine try ahead of Bird’s extras in the 28th minute.

A high risk pass from Kelly came off for O’Shea to thunder into the 22, forcing a penalty.

It was maul time and prop Milne was the man in the van to put Roscrea ahead for the first time (19-17) just before the break.

The Sandford Road school looked to counter on the restart only for Ros’ flanker Cathal Walsh to force a penalty on the floor, Bird’s kick slipping right and wide.

They then threatened down the right, full-back Bird’s sleight of hand putting wing Ben Hyland into space where David Lynch made his tackle.

There followed a bout of mistake-riddled rugby which enabled Gonzaga to benefit from centre Brian O’Donnell’s turnover and Kenny’s seizure of a loose lineout throw.

They moved the ball from left to right for wing Sean Galvin to fend off Paul Keane and reach for the line in the 45th minute.

It was turned into a double dose of brilliance when Lynch took off to find O’Kennedy on his inside for a superb try which he converted.

It got even better when Kenny took advantage of a lapse in concentration to power into the corner from a tap penalty.

O’Kennedy converted from the touchline to make it 36-19 in the 51st minute.

That was the game.

It was a three-score game in the space of six minutes and this put Roscrea in vice-like grip from which they were never going to escape.

Kelly almost got away and flanker Enraght-Moony was called back for a knock-on.

The Offaly school was in desperation mode and countered from their line for Bird to fly for 70 metres.

The forwards got up in support to release prop Ryan Lomas to touchdown.

They just couldn’t maintain the momentum.

Gonzaga replacement Elliot Allen made good ground down the stand side and centre Eoin Barr completed their mission with a powerful burst in the last minute.