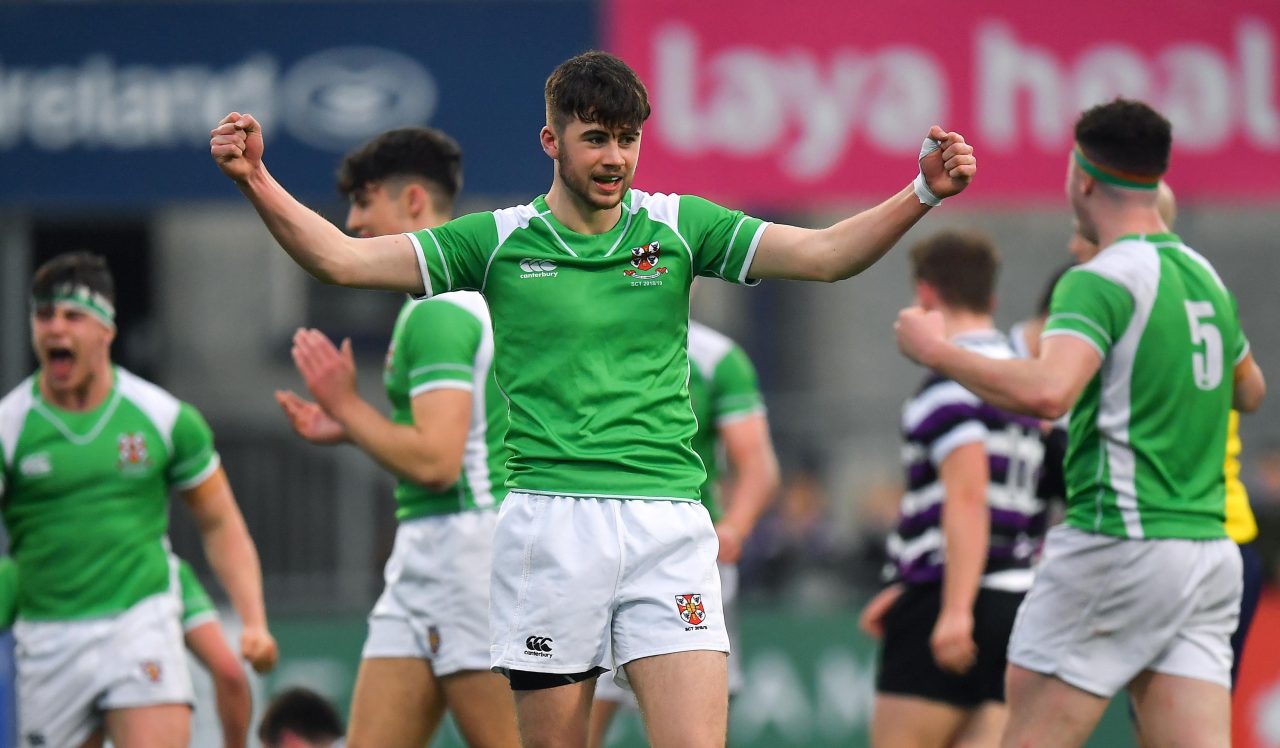 Gonzaga College became the first school to make it into the Bank of Ireland Leinster Rugby Senior Cup semi-final at Energia Park on Tuesday.

They had gained confidence from winning the Schools League before Christmas and they had an impressive leader in number eight Jack Barry.

Their out-half Harry Colbert’s educated left foot was the source of their first attacking position.

The quick recycling of two rucks allowed Colbert to put centre Karl Morgan on the outside and the supporting cast arrived at lightning speed for lock Liam Tyrell to ground out a try in the sixth minute.

Terenure’s answer was to lift their intensity, spread the ball from side-to-side until Jack Coolican was penalised for not rolling away, centre Henry Roberts nailing the kick.

From the restart, Coolican made amends with a poach for a penalty which Colbert posted to the corner but a trick lineout play didn’t come together.

Gonzaga held their ground and almost got in again when centre Frank O’Grady shot between defenders, the offload to wing Fergus O’hOisin fumbled forward near the line.

Terenure just had to absorb the power of the storm blowing up in front of them, their flanker Conor Hayes scrapping for a loose ball on the floor.

Then, wing Dan Byrne was quick enough to cover Connolly’s dangerous kick to the right corner with hooker Hugo Fitzgerald in pursuit.

That man Coolican executed a superb tackle in the open field to keep ‘Nure pinned back.

The combination between O’Grady, full-back Conor Hennessy and O’hOisin allowed the latter to sprint over on the left, Connolly converting for 12-3 in the 24th minute.

Terenure had to sharpen up their ruck work to guard against turnovers and, even when they did that, their lineout was shaky.

The ‘Zaga nine Connolly’s kicking game resembled that of Conor Murray, always probing for an opening.

Terenure were looking for a spark and they were given it when Coolican was binned.
They just couldn’t generate any kind of flow, hooker Fitzgerald forcing another penalty at the ruck.

The shoe was on the other foot when Terenure captain George Morgan pinched a ball on the floor and blindside Charlie Harpur knifed into the tackle to shake out a knock-on.

Finally, Morgan and prop Levi Vaughan spearheaded a decent attack which was neutralised by Barry to conclude the first half.

Terenure made two changes, Morgan moving to nine and his appreciation for the tap-and-go forced a penalty which Roberts slotted to make it a one-score game in the 40th minute.

They got further life from defusing a Gonzaga five-metre lineout and from centre Matthew McGettrick’s burst up the left.

Terenure were also facilitated by ‘Zaga’s runners getting ahead of kicker Colbert to cough up a penalty.

They just found it difficult to sustain the pressure in the same way Gonzaga had in the first half.

Replacement Arthur Henry got over the gain line and the forwards took it from there, prop Henry Godson eventually powering to the posts for Connolly to convert in the 59th minute.

Connolly was carded for batting down Kidd’s pass to give Terenure just a glimpse at a comeback.

It was all they needed, McGettrick putting the foot down and feeding the Kidd for a fine try in the 67th minute but Gonzaga’s eight-point cushion allowed them to see the game out.